We knew it was coming soon, and here it is. So, let’s be honest: Square Enix has been throwing a lot of mud at the social RPG wall hoping something will stick. They’ve done some relatively small-scale original productions, brought in major staff members from the core Final Fantasy series to work on big-budget games, attached pretty much every major brand they’ve got, and have even partnered up with other companies, all in hopes of scoring a hit. So far, their successes have been temporary at best, particularly in regions outside of Asia where social RPGs are a less popular genre. Surprisingly, the biggest social RPG success with Square Enix’s name attached was published and almost entirely developed by an outside company. 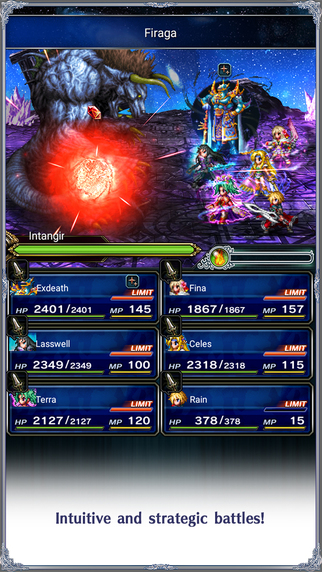 Square Enix is hoping to turn that around with Final Fantasy Brave Exvius (Free). They’ve loaded the game up with Final Fantasy all-stars and had the game developed by the experienced and highly successful team behind Brave Frontier (Free). Playing it relatively safe, the game is clearly heavily informed by Brave Frontier‘s design, and Square Enix is likely hoping that it will match that game’s worldwide success. Time will tell, I suppose, but one thing I can’t deny is that this game has some really nice sprite work. With so many games using the classic sprites from the original games, or new sprites done up in that style, it’s nice to have new, yet decidedly classic take on the popular characters. 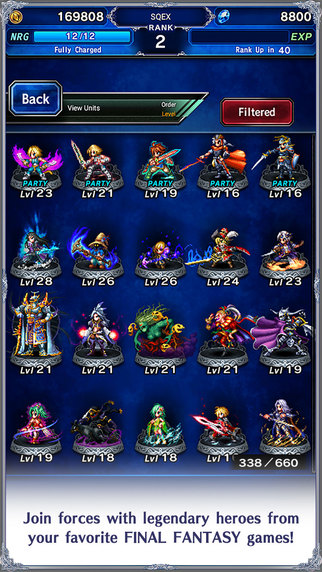 Final Fantasy Brave Exvius released in Japan several months ago, with its international version soft-launching not that long ago. Like other social RPGs, there are sure to be some regions that don’t get the game, but at the very least, we can say that the game is out now in the North American App Stores. If you’re from a different region, feel free to chime in down in the comments and let people know if it’s available where you’re at. We’ll likely have a review of the game for you before too long, but if you’re curious, it’s not like it costs anything to try it out.

Edit: The game is taking a while to show up in our system, but you can click here to get it in the meantime.