Kongregate and Fox Digital Entertainment have announced a new CCG that features quite the interesting crossover cast in Animation Throwdown: The Quest for Cards. The game will feature the casts of Family Guy, Bob’s Burgers, Futurama, American Dad, and King of the Hill. So, it’s kind of a reunion of Fox Animation Domination shows, though two of those shows are canceled and one isn’t even airing on Fox any more. It’s the crossover of shows that air reruns on Adult Swim except not Futurama any more! But finally, your dreams of pitting Bender against Bob Belcher are set to come true. 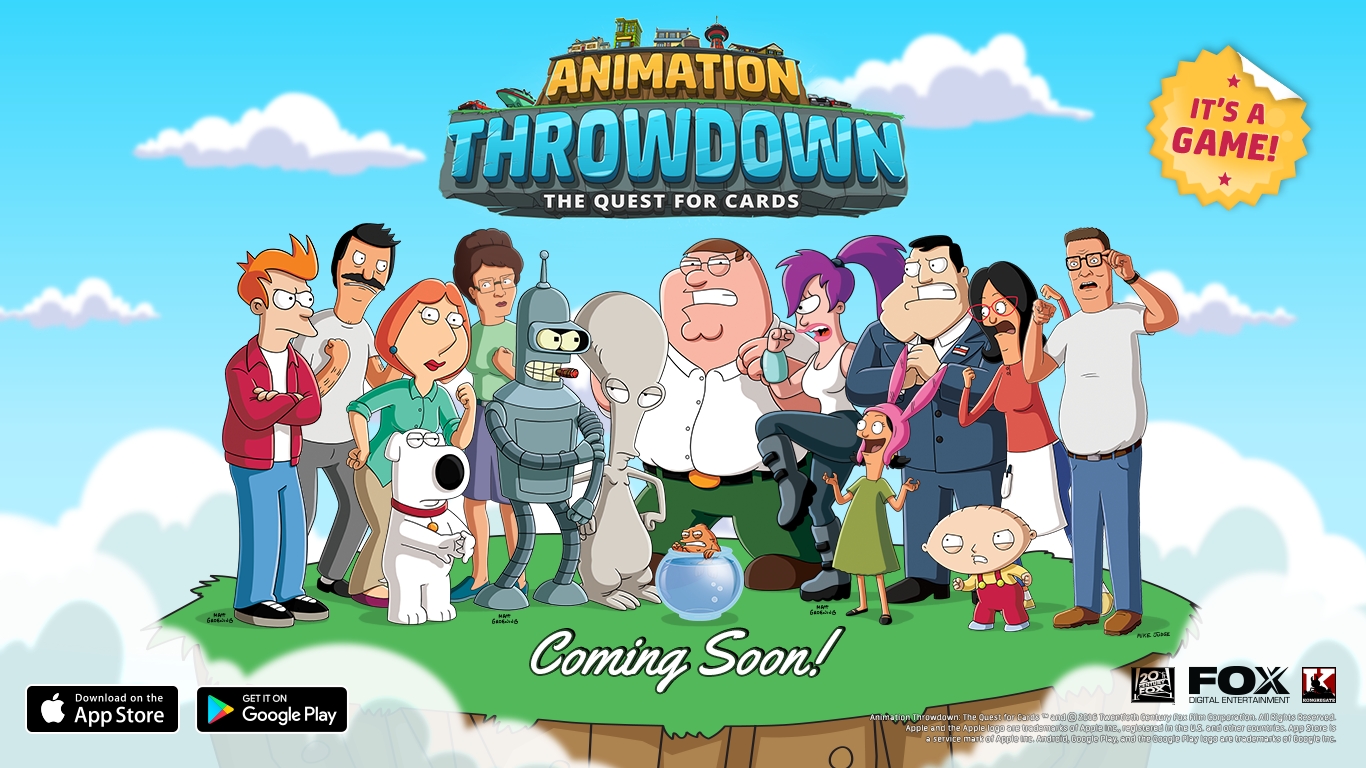 Animation Throwdown is set to hit in the third quarter of 2016, and will be developed by Chicago’s Synapse Games who made CCG Tyrant Unleashed (Free) along with Little Alchemist (Free) developers Chinchilla Games. Few details beyond that are available, but as someone who’s watched plenty of all 5 of the shows represented here…sure, I’m interested.