Kongregate and Codename Entertainment have announced that their popular idle RPG Crusaders of the Lost Idols to mobile in July, with a soft launch right now. You’ll have a team of heroes to take into battle, constantly advancing forward, collecting gold and attacking various enemies by clicking and whatnot. Part of what makes this game different from other idle clickers and various similar titles is that you can configure the formation of your heroes in order to help with your onslaught as you so choose. It’s an interesting game, and it’ll sure to be a great fit on mobile. 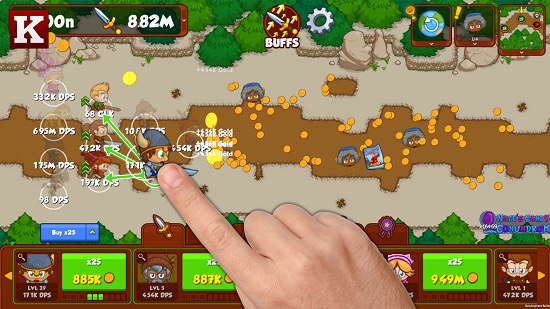 As far as content goes, there’s 6 campaigns with over 10,000 levels, daily quests, monthly events, and various side missions. The game is set to release on mobile worldwide on July 7th, but you can try the game out in soft launch right now in New Zealand, Australia, the Philippines, and in a few Scandinavian countries. Check out the forum thread for the game, as well.