It seems like ever since these monthly swag packs have become a thing, everyone has their own variation on the Loot Crate (I have no idea if they were even the first to do it, either). Well, Minecraft is bigger than Jesus so it only made sense that they would also have their own monthly shipment of Minecraft-y stuff you can subscribe to. It’s called “Mine Chest" and was originally announced all the way back in February. But what do you get for your $29.99 a month? Well, mine just got dropped off at my doorstep so I’m more than happy to show you. First off, here’s what the box itself looks like: 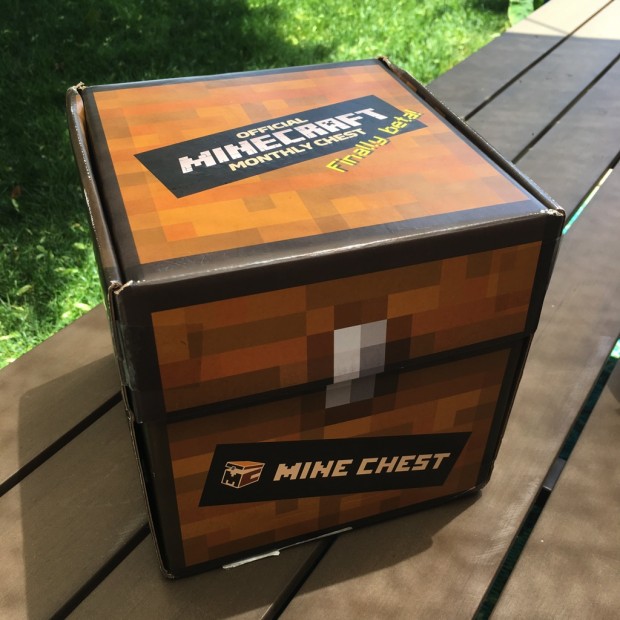 Once you open it, you’re greeted by a “The Journey Begins" post card, and a shirt: 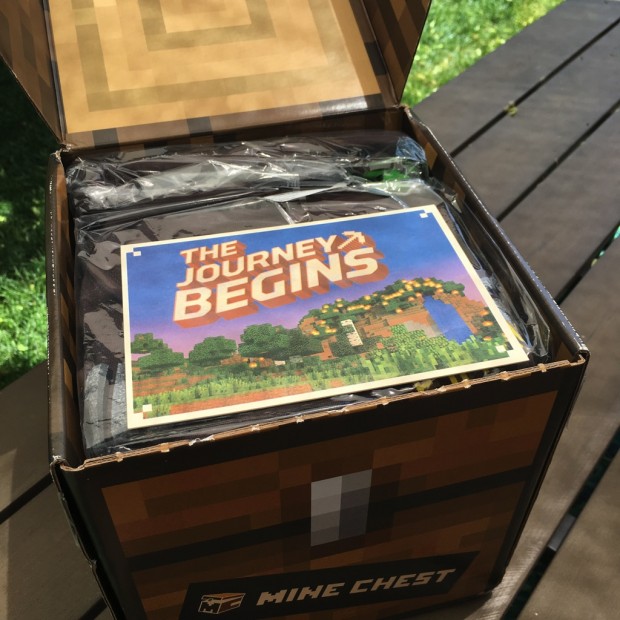 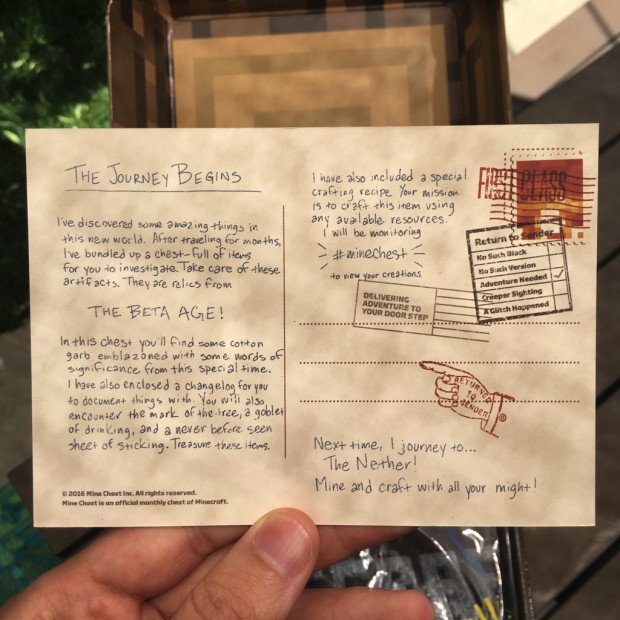 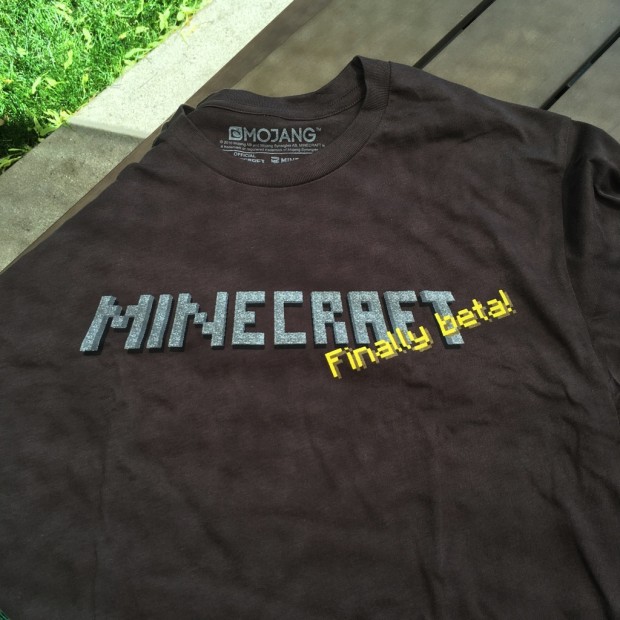 Under the shirt is the Minecraft wood block, which is pretty neat: 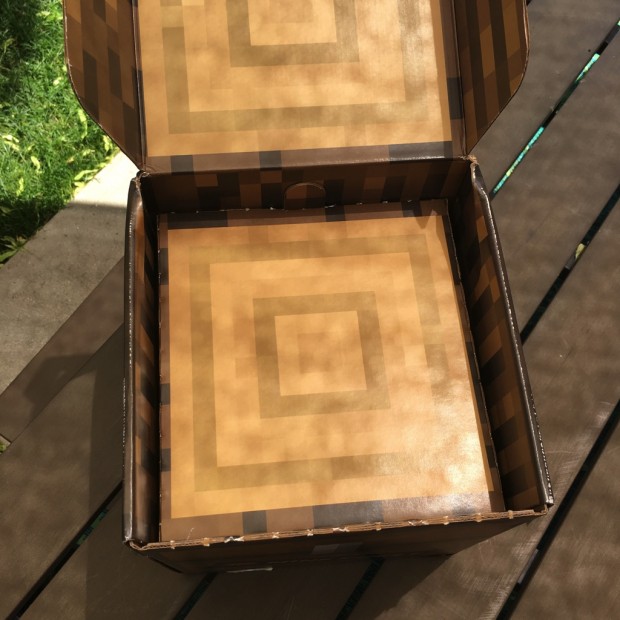 From there, we get to the innards of the loot box, with some brown paper for packaging: 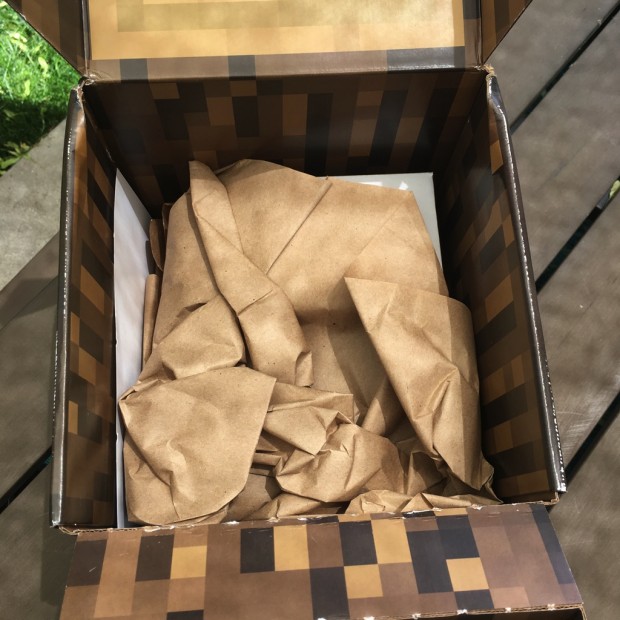 A white box, a Minecraft box, and some paper stuff to the side: 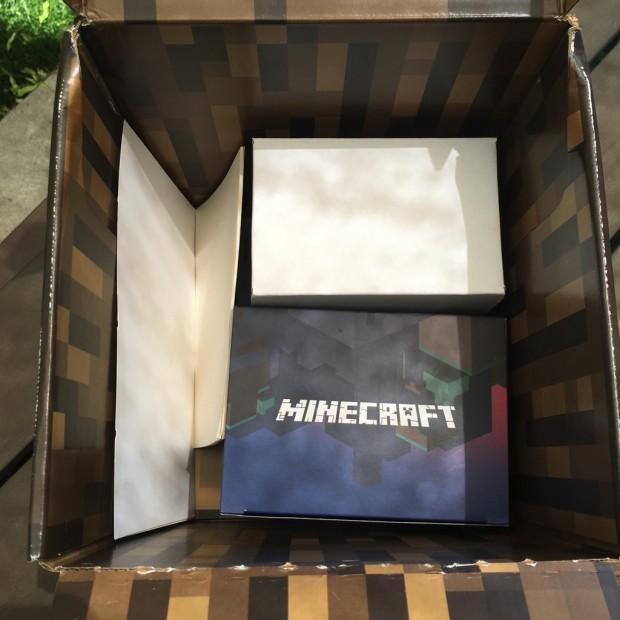 Here’s the stack of paper goods: 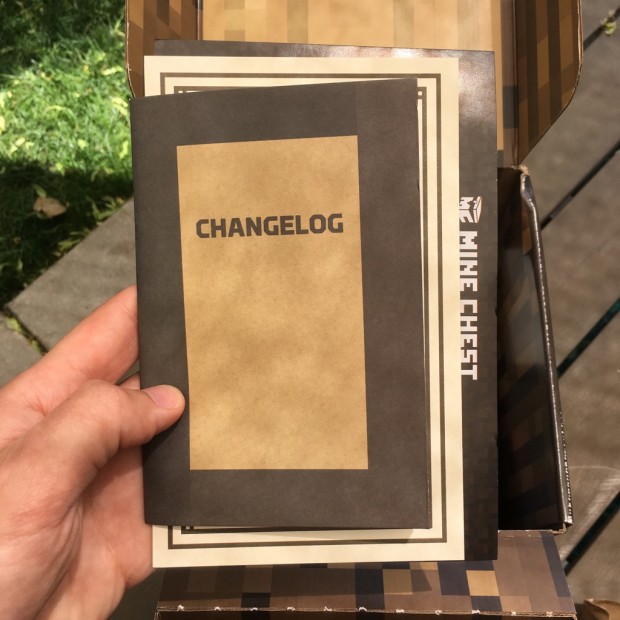 The inside of the “Changelog" is blank, it’s a crafting notebook: 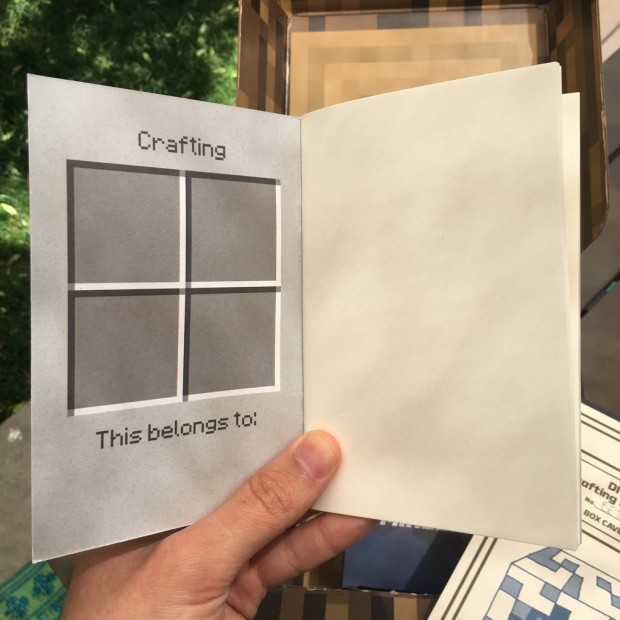 Next is the front of the “DIY Crafting Recipe" card: 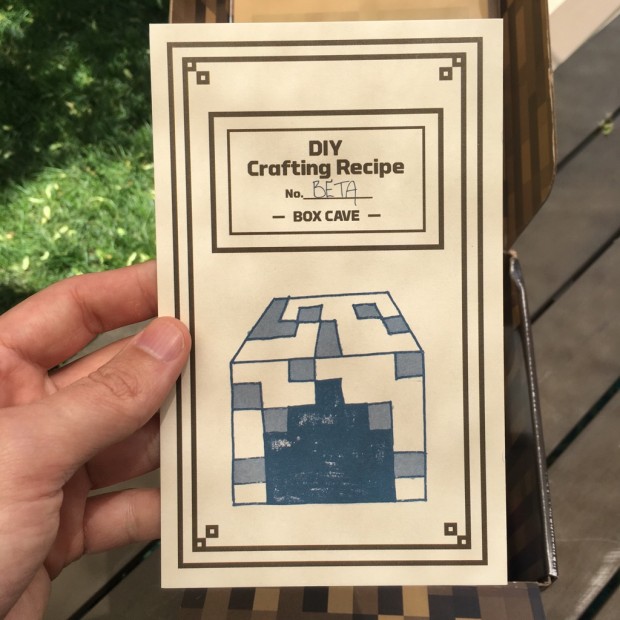 And the back of the same card: 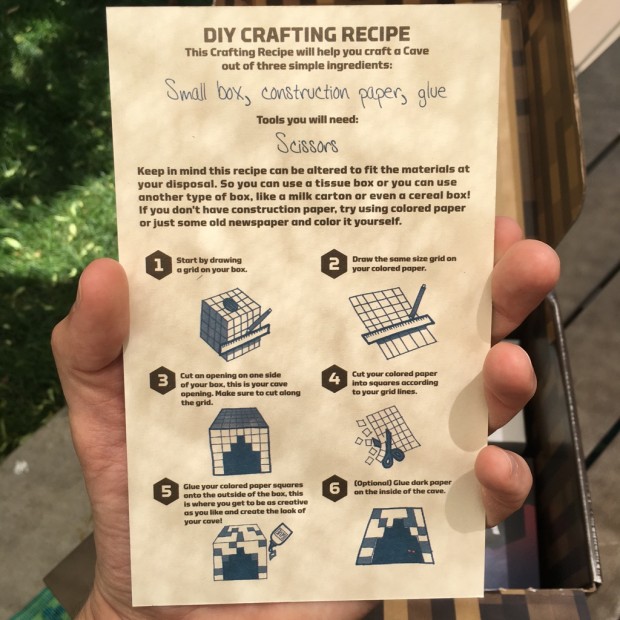 The next thing is the exclusive sticker: 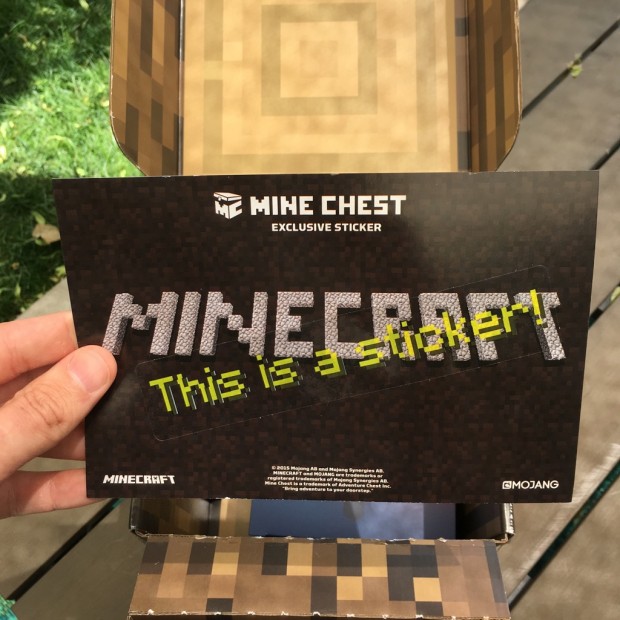 Inside of the white box was a stamp and ink pad, but I’m not super sure what the stamp is supposed to be. Maybe it goes with future Mine Chest stamps? 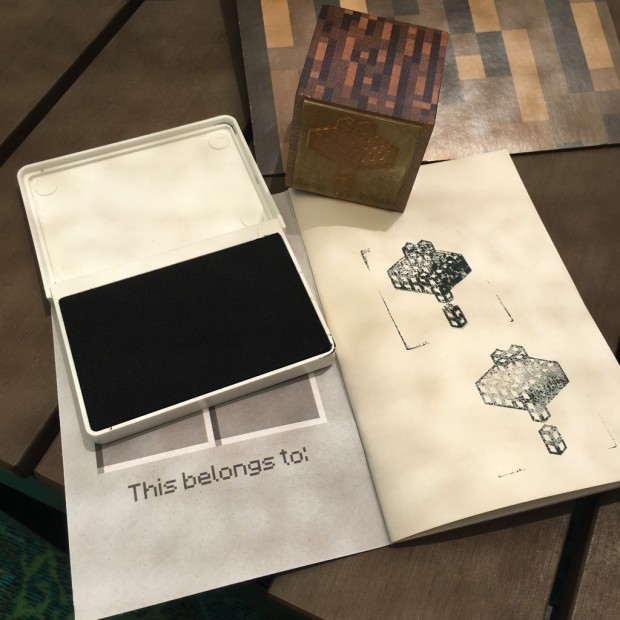 Here’s the other box, which is for a Creeper Mug: 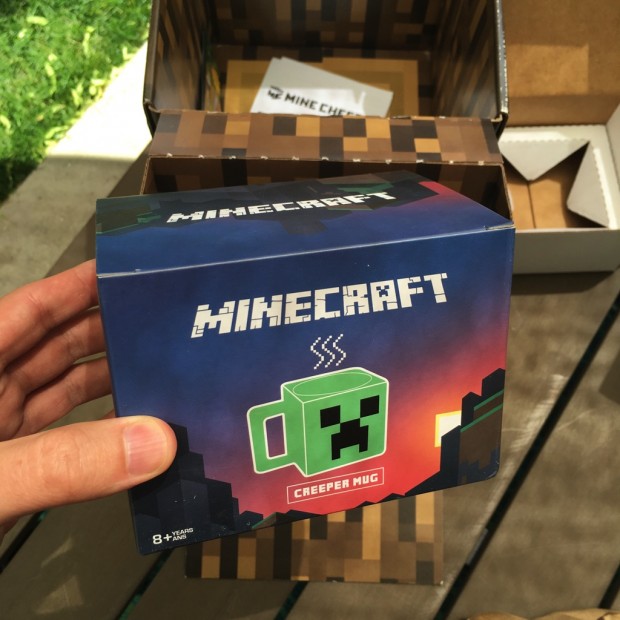 …And then the Creeper Mug itself, which seems to be made of plastic: 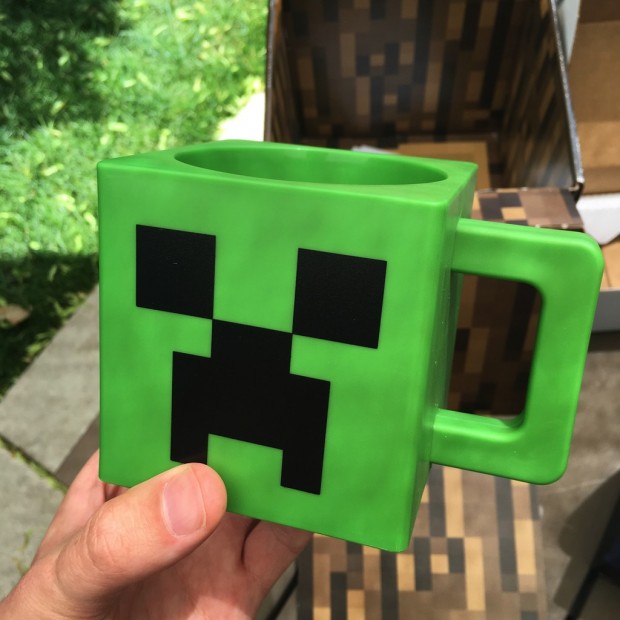 Last, but not least is a pack of sticker cards: 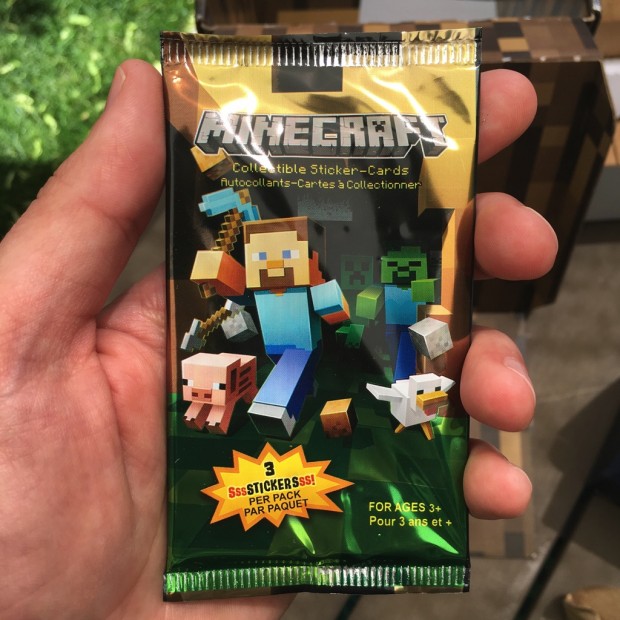 Here’s the three stickers I got: 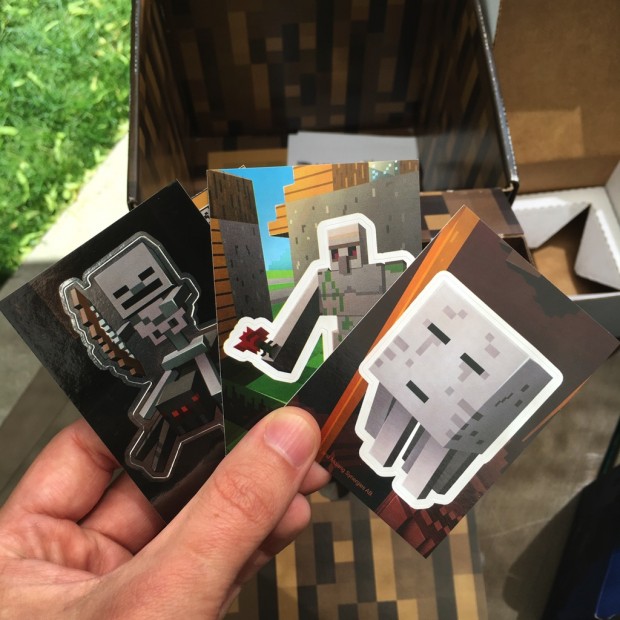 …aaaaaand that’s it! If this looks like stuff you can’t live without, be sure to sign up for the next Mine Chest. This definitely feels pretty geared towards kids that are into Minecraft, so, if you know anyone who fits that description (like, basically every kid on this planet) it seems like it’d make a pretty solid gift.