While the folks over at Super Evil Megacorp have done a great job simply adding heroes on a regular basis, I’ve been more excited with the various gameplay and system improvements that have been made over the last half a year. With Version 1.18, which was released earlier this week, Vainglory (Free) now tackles the always persistent problem of longevity and player motivation.

First on the list is a comprehensive quest system. Now, players can earn chests from accomplishing a wide variety of objectives from a simple play of the tutorial to winning a Battle Royale to even longer-term goals such as accumulating a certain number of kills across all battles. Players take on a handful of quests at a time, with new ones automatically added whenever a current quest is completed. Hundreds of quests are available at launch, meaning there’s plenty of new objectives to work towards beyond simply playing matches and earning glory and guild experience. 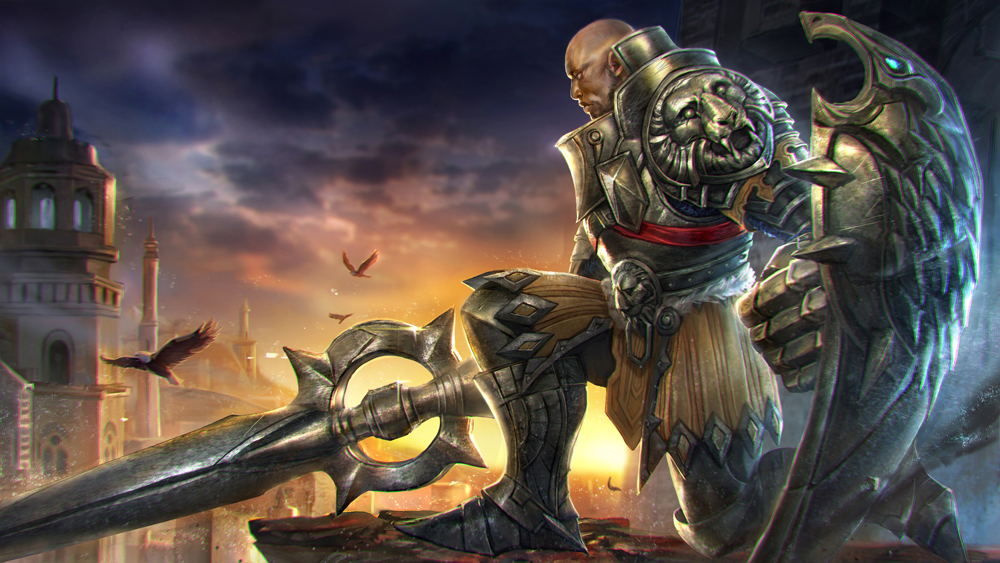 The other big addition is an overhaul of the chest program. As quest rewards, chests can offer cards, glory, honor, and even experience boosts. In addition, chests are also rewarded for rising up in account levels, with folks that had already reached the max level having a wealth of chests instantly unlocked for every level obtained. Again, it’s a great complement to the quest system and does an excellent job of simply providing players with added incentive to play.

While I’m a big fan of the addition of quests and chests, I would be remiss if I didn’t mention the newest hero, Lance. Billed as a protector that works best with crystal or utility items, Lance is also versatile enough that players can even build weapon items with him to be more of a damage-dealer (especially with this Heroic Perk that lets players attack multiple targets with his basic attacks). Like every other heroic addition, Vainglory does a great job of introducing heroes with cool unique traits, and it looks like Lance is no exception.

We’ll be checking out Lance in greater detail in the near future. Meanwhile, check out the full release notes here to check out all the changes (which include some hefty hero balances).