While I imagine practically everyone reading TouchArcade owns a copy of Minecraft: Pocket Edition, I’m not super sure the same is true for the proper PC/Mac Java version. It runs on basically any modern computer and while Pocket Edition has come an awful long way, I still think if you’re serious about playing Minecraft you need to do it on a computer. The world of Minecraft modding is a bottomless rabbit hole, and I can say with complete confidence that if you like bumbling around on your iPhone building stuff, the experience only gets better on the computer.

The full PC/Mac version of Minecraft sells for $26.95, but thanks to the magic of currency conversion sells for different equivalent prices all over the world. Much like when Apple adjust iTunes pricing, things always tend to get a little bit more expensive afterwards. If you’re in a non-US region and were thinking of ever buying Minecraft, it’s a good idea before they adjust pricing next week. Here’s what is changing: 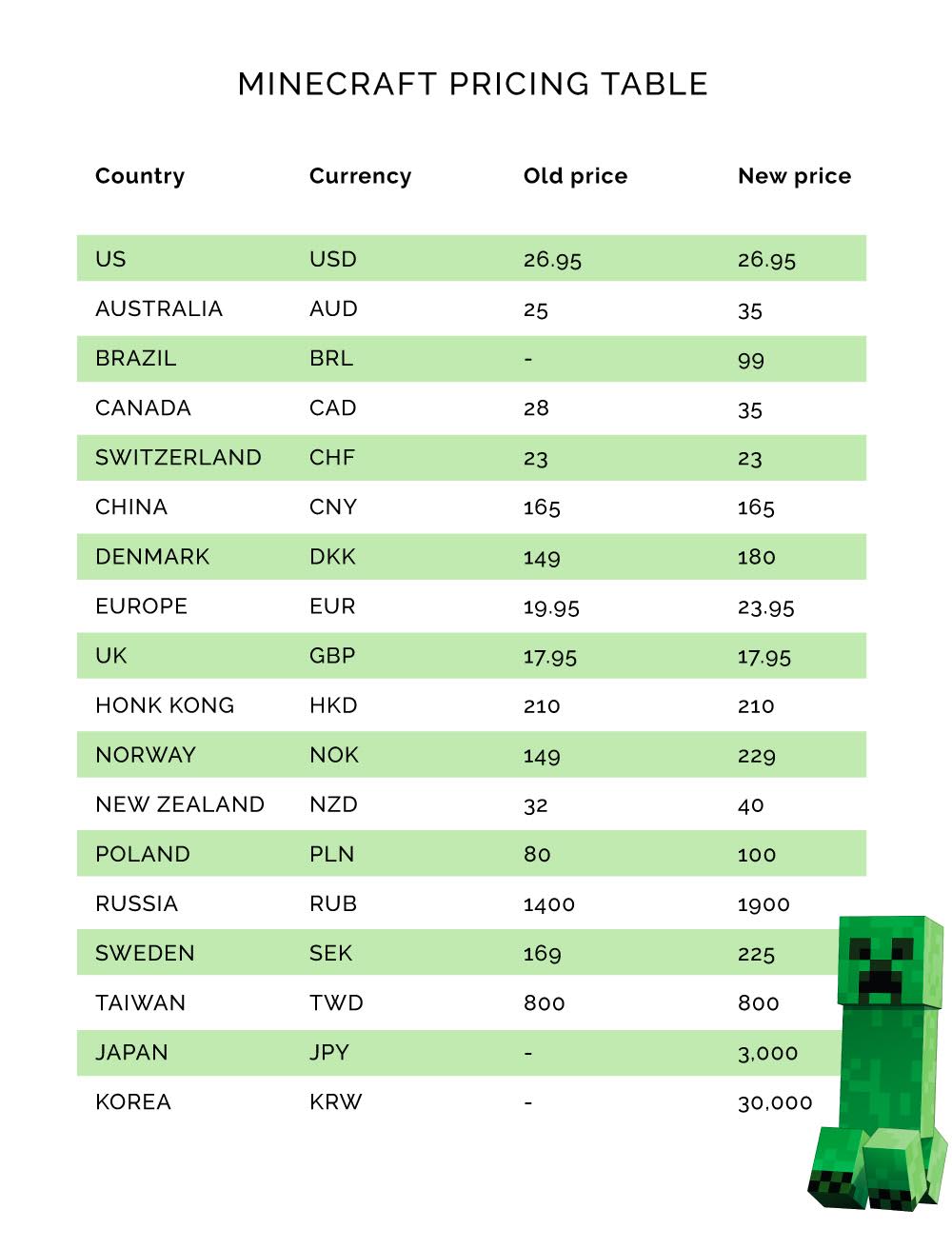 The adjustments aren’t super major, but if I was on the fence with buying Minecraft and discovered that it’s now a couple bucks more in my country because of the wild world of international currency conversion, I’d be pretty annoyed. …So, save yourself that annoyance, and just grab the game now for its “normal" cheaper price. Hell, if you’ve got young kids, look at it as an investment in future gaming as I don’t think I know a single child who isn’t playing Minecraft on some level on every platform it’s available on.