There is no shortage of aerial dogfighting games in this world, both 2D and 3D. Tons of games try, fairly successfully, to capture that aerial combat dynamic, but very few are aces. That’s the kind of case we have on our hands today. Pilots of the Dawn (Free), from Sapeli Studio Oy, is brimming with talent and potential, and while it lacks variety in both gametypes and assets, what is there definitely shines. 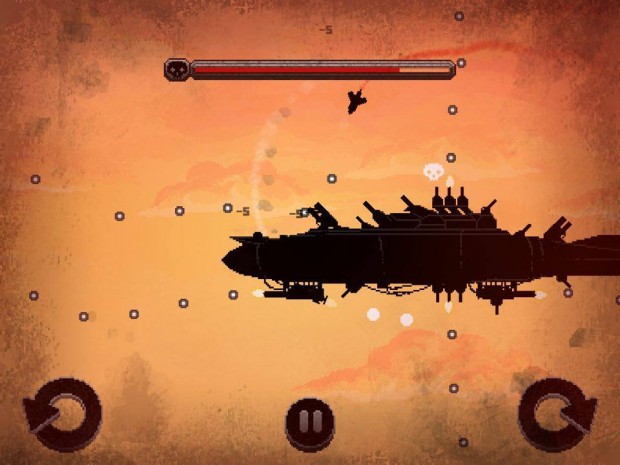 Likely taking inspiration from the stylish retro aerial shooter Luftrausers, Pilots of the Dawn launches you into skyward skirmishes in a very story light and gameplay focused campaign. And by story light I mean there isn’t one. It’s more of an arcade game. The General character barks mission objectives at you with his CAPS LOCK key held down in all his well-crafted pixelated glory, but he is a man of very few words.  That’s OK. He’s a simple man in a simple game. So simple that you only have two functions. Turn your plane left. Or turn your plane right. No acceleration or air braking (You are always moving forward), no using different weapons or choosing when to shoot (you just spew ammo like the Heavy from Team Fortress 2), and no activating of special abilities (They randomly float down from the sky and are activated immediately upon contact)

In my head canon, every ship and plane has a dimensional doorway in their gun’s ammo chambers leading to a dimension made of bullets, because with a few tweaks, this could easily be a bullet hell game. Especially as you get on in campaign levels, buying and facing better ships that shoot even more. It’s all the customary stuff. Each new ship shoots one additional stream of bullets from 1 up to 6. You can also upgrade a ships handling, speed, and hitpoints using coins that you earn in game and from watching ads if you wish. Despite being heavily pixelated and silhouetted against the background, each ship almost gives off a 3D feel with all the angles used in their animation. Almost. 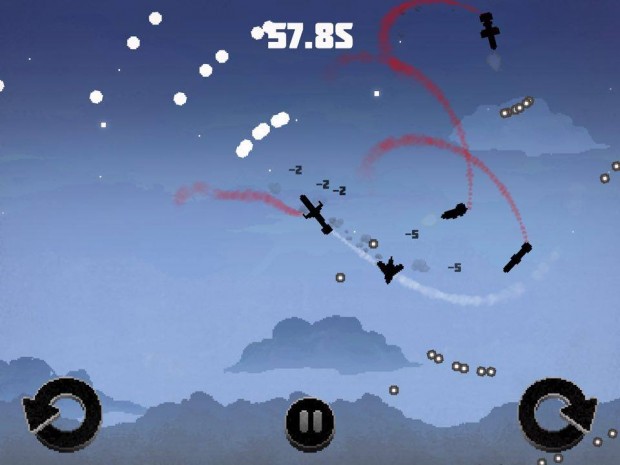 The campaign is short and simple one. 30 levels basically divided into 6 sections of the same 5 levels but escalating in difficulty. Every 5 levels you will: Destroy all enemies, survive for a certain number of seconds, destroy a certain number of enemies, protect your ally plane and destroy all enemies oh my god why would they do this to me, and defeat the enemy leader, or boss. The number of enemies in a level, or the number you need to destroy, often increases as the planes get stronger too. In the later survival missions you are basically trying to dodge raindrops with all the bullets on screen. But the real issue is with the escort missions. Your ally is often made of dumb, and will fly right over a gunboat spraying the sky with death. At least once I’m pretty positive I saw my ally crash into the rocks while still alive.

Your best hope in these missions, and in any mission really, is to get good random number generation, or RNG. Basically, to get good random power-up drops. The power-ups consist of double damage ammo, vastly increased firing speed, health, and a brief invincibility shield. Your ally might get lucky and run into health and shield drops, or maybe you can get fast fire or double damage and better keep bogeys off his tail. And yes, these things do stack. It’s possible to get fast fire and double damage, and basically clear the screen at will. The problem? Enemies can pick these up as well. They don’t really go for them, but power-ups will fall on them occasionally. Including bosses. So that giant behemoth airship you were already having a hard time against? It just got some health back, and it’s shooting twice as many bullets at you. 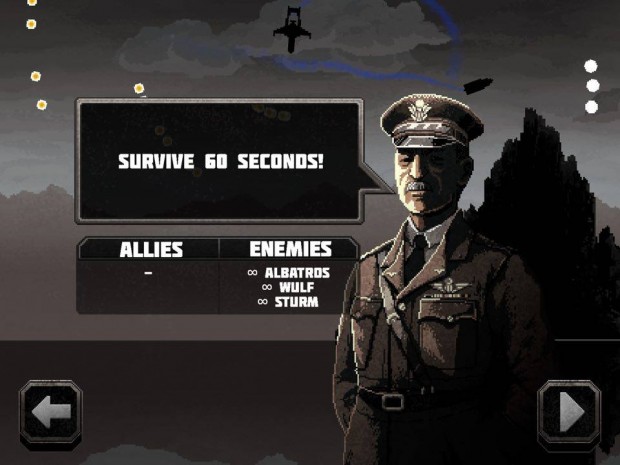 These triumphs and mishaps with random power-ups make for some of the most memorable moments and “oh crap!” situations in the game. The bosses are the other most memorable thing, boasting the most creative designs and following the philosophy of bigger is better. They are almost a reward for slogging through the previous four levels, especially at the end when the difficulty really shows its face. In addition to the campaign, there are Daily Missions that reward you 50 coins upon completion, and an endless survival mode. Again, this endless mode seems to largely be based on lucky power ups as you rack up more and more damage, but it can be pretty fun. Naturally Game Center leaderboards are present, along with Everyplay gameplay recordings for those cool unexpected moments.

This game is also, to be honest, pretty hungry for your money. You can buy every single one of the additional ships for a dollar apiece, and that’s no big deal, but the upgrades are. You are not going to get much money for upgrades from play. Like almost none. That is, unless, you voluntarily watch a 15 to 30 second advertisement for 50 coins, the same reward as the Daily Mission. Unless you want to grind endlessly and remove all fun from the game, this is practically the only way to go. You do seem to be cut off after a thousand coins or so, though that hasn’t been consistent. I think the button actually bugs out, because sometimes it comes back ten minutes later and works perfectly. 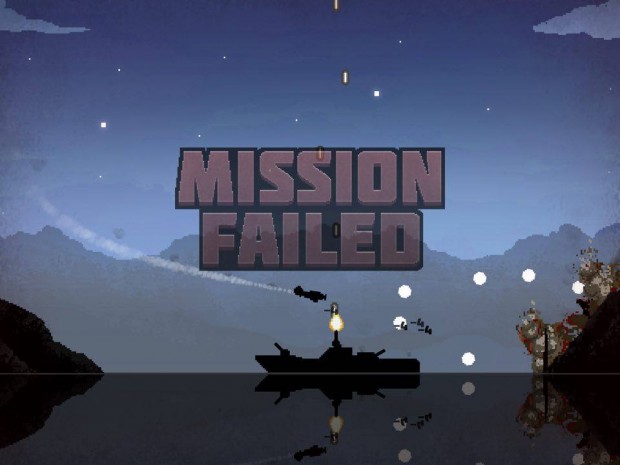 All of that criticism aside, I want to focus on the potential I see in this game. The gameplay is largely very smooth. The frames do drop when a level starts for a few seconds, or when too many fast fire power-ups are active at once. But that was pretty infrequent. I love the silhouette style of the game, but I just want some variety in the game modes. They all play almost exactly the same. It’s clear this was a budget game from the style and the number of assets. There is only one song in the game, after all. But the gameplay is in dire need of a mix-up. Maybe a racing mode, where you fly through a course of rings, or an item collection race, with or without death and combat enabled. An A to B obstacle course of moving deadly objects. Heck, imagine a boss ship so large, that you have to fly inside of it a’la Return of the Jedi. Even some additional firing modes would be cool, or adding large coin pickups to endless mode.

I like this game, despite its budgeted and money hungry nature. I still feel the soul in it. I hope the developers find some success and can continue, updating the app with more or taking their ideas into a future game. But I’m not going to pretend the flaws don’t exist. In the end, it’s still a very solid game, and it’s totally free. Just know that the real entry fee is several minutes of ad watching if you want to get all the planes and upgrades, and it’s fairly repetitive regardless of that. But hey. That one song in the entire game is a pretty happenin’ tune. So there’s that.