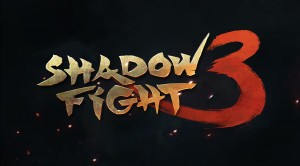 Shadow Fight 2 (Free) was a fighting game with light RPG elements whose main feature was, as you might have suspected, the shadowy silhouettes of its fighters. The upcoming Shadow Fight 3 is moving away from the 2D graphics of the previous games and, instead, featuring 3D characters that, as you can see from the trailer below, aren’t shadows anymore. The developers didn’t want to completely abandon their trademark art style, so the game will still include several Shadow fighters. At the same time, they wanted to leverage the latest technology to provide a more colorful game to players. How that change will be received by players remains to be seen.

Like the previous Shadow Fight game, Shadow Fight 3 tries to blend RPG with a fighting action game and a character customization system. You’ll have three factions to choose from – Legion, Dynasty, or Heralds – each with its own fighting style, plenty of collectibles for those with a collecting urge, dynamically generated quests, and more. There’s even a Shadow Fighting Mode if you feel like playing the game in the form of its earlier incarnations. The game will be F2P and should release for iOS and Android Fall 2016.