At a very young age, I was trained for puzzle games. You know, putting those square pegs into their appropriate holes, Operation to meticulously work on my reaction times, and so on. All of those tabletop experiences trained me for what was to come down the road, when I had to put those same pegs into hundreds of different locations over the years, dreamed up by some of the most prophetic puzzle designers the world has ever seen. That includes Zenge ($0.99), which takes the core premise of shifting around different shapes into one magnificent canvas. 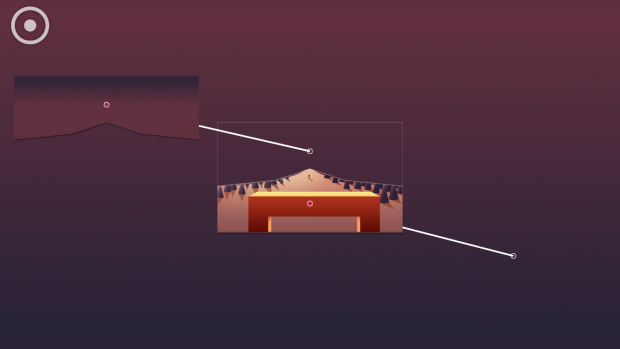 With no hidden surprises or secrets, Zenge starts off with a very obvious concept built on the idea of tangram puzzles. Players will simply swipe shapes, attached to tracks, into a portrait, which in turn creates a picture before moving on to the next level. As expected, it starts with simply shifting a few obvious shapes into a square picture, and then moves onto other concepts, like blocking shapes on a track, and so on. Remember those swap puzzles where one tile is blank, and you need to shift around the other tiles to form a picture? It’s like that, but a little more complicated, as every shape isn’t necessarily a square.

Concepts get very tough very quickly. Sometimes shapes share a track, so you’ll need to move them away to another safe zone, move in the other pieces, and then move the aforementioned shape back in to complete the portrait. Some levels consist of multiple shapes, so you’ll need to figure out what goes where (tapping and holding highlights the right zone), and how to get it there. Others have colors that denote a “glue" of sorts, where multiple shapes can be morphed into one object, which is usually required for a solution. Then there’s a flip mechanic, where certain tracks can actually change the direction of the shape — it’s quite a lot to take in! Predictably, all of these individual ideas will be brought up all at once. 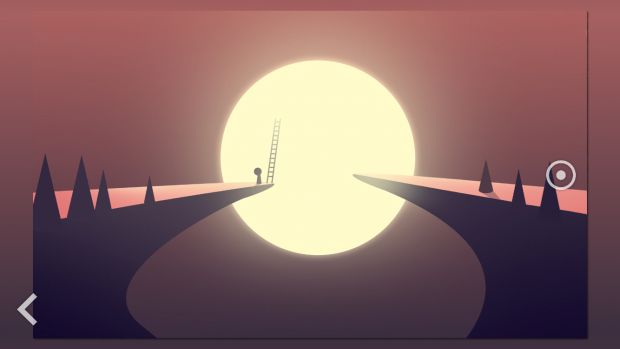 I’d say that the first 10 stages or so are remedial enough to get the concept down, but it quickly ramps up to the point where if you aren’t already a puzzle fan, you’ll start to have trouble. Though it must be said that there are no time limits, challenges, or stress-related mechanics of any kind. Players can also go back and replay any stage they like. This is especially useful if you need to brush up on some of the more advanced mechanics in an isolated state.

As well as this idea works, one of my major complaints with Zenge however is the control scheme. Sure it’s very easy to grasp — you just swipe in the direction that you want, but it doesn’t always work out like it should. Shapes can be very finicky, often stubbornly not moving when you want them to, which can be an issue for some late-game levels where there are tons of shapes to navigate. I wouldn’t necessarily say that it’s broken per se, but especially on a smaller screen it’s not as responsive as I’d like. 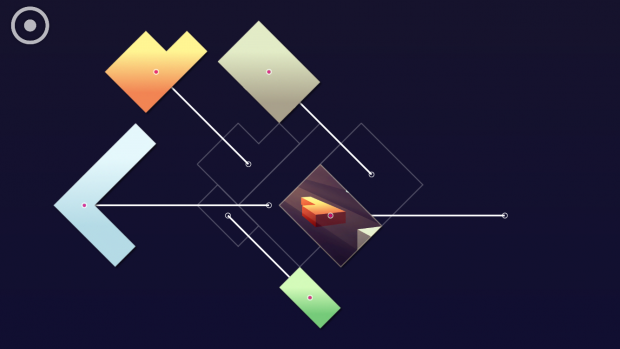 It makes up for it with its beautiful presentation. Throwing in a little story along the way, you actually play as Eon, who is attempting to travel between realms. By solving each puzzle, you’ll see another step of his journey. The relaxing soundtrack and shifting of the tiles is soothing, and the reward for finishing each puzzle, although not anything to write home about, is positive reinforcement enough to keep you going. The allure sort of wears off during some of the harder stages though, as a 30 minute attempt paying off with a sunset you’ve seen many times before probably isn’t ideal. Also, don’t expect a big payoff with the narrative either — it’s merely just there.

No IAP or microtransactions are a godsend for this kind of game. With roughly 70 levels the asking price of $0.99 is more than fair, and since each puzzle isn’t built around forcing players into a hint system, you won’t feel swindled. And that trueness to itself really sums it up — Zenge doesn’t attempt to be anything else. It’s a shape-based puzzle game, a logic experiment, through and through. If the idea of solving concepts by sliding things into place excites you, you’ll probably enjoy Zenge and the whimsical presentation it drags along with it. Otherwise, stay away from this relatively low key zen-like experience.