If there’s one genre I almost never get to experience, it’s fishing. I have plenty of nostalgia for SEGA’s huge line of bass-centric games as well as their amazing arcade machines where you can actually feel the tension in the rod, but in this modern era, I generally don’t go out of my way to play a console or mobile fishing game. That changed with Fishing Break (Free), and although it has a rather aggressive monetization strategy, it still hits the spot.

It sounds odd, fishing on a mobile device, but the cute 2D art style helps reel you in. All the sprites are carefully crafted in an anime style, and all of the information, the UI included, is easy to read and navigate through. It helps to be able to parse it all, as Fishing Break can get rather deep once you start to grasp its inner workings. There’s plenty of upgrades and nuances to sift through, and getting the hang of the tension system itself can take time, especially in later levels with bulkier fish to take on. 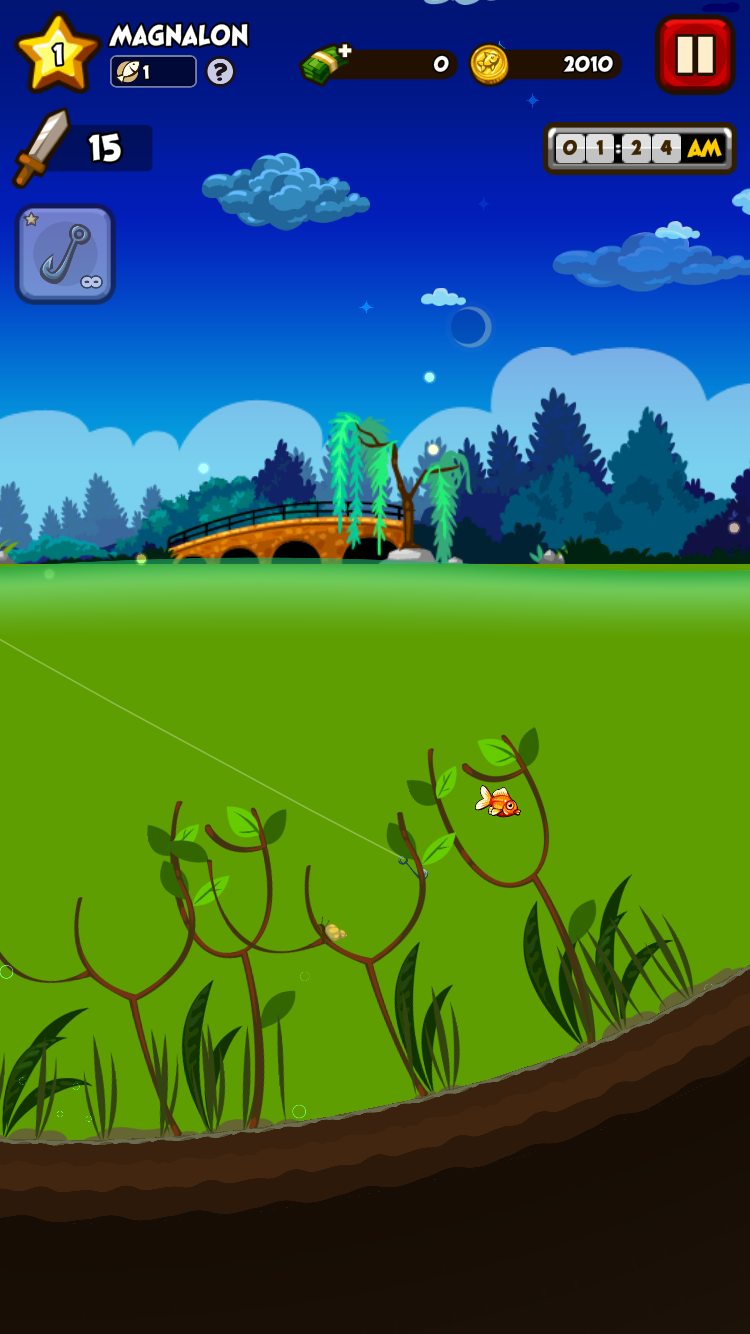 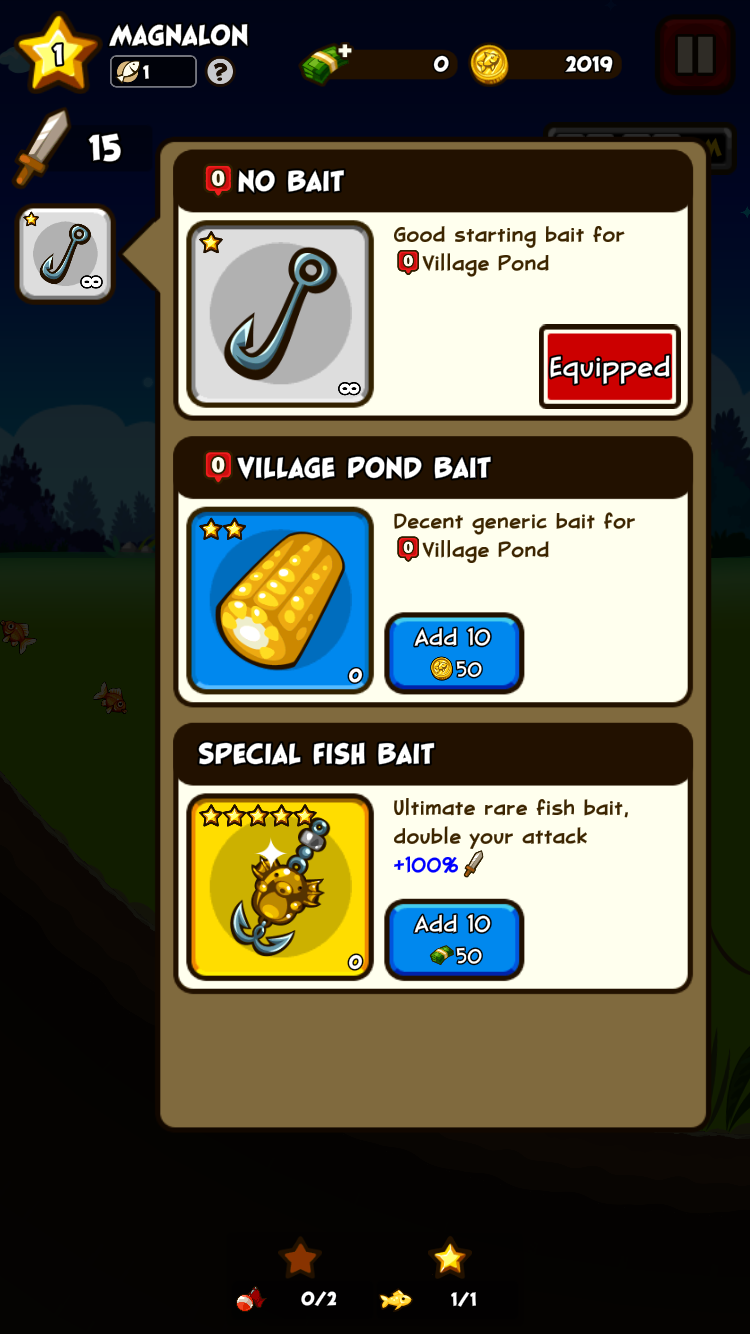 Having said that, it’s still a very relaxed, casual game at heart. For the most part, players will cast out their line, hook and fight a fish, catch it, and repeat. There’s no complicated algorithms you have to memorize in terms of fish locations or exploration, as levels are instanced and take place across several maps, like missions of sorts. You just tap or swipe on the right side of the screen to cast, and tap to reel in. Fish tend to pull back to increase a tension meter above their heads, at which point you just need to stop tapping to avoid breaking the line, and then resume when ready. It’s easy to fall into the trap of over-extending at the last moment to reel in a big catch, but restraint is key. It’s fast, fun, and easy to understand.

So here’s where the RPG elements kick in. Certain fish have a “defense" level, which matches up nicely with your current power rating, both of which increase over time as you move from pond to pond. To catch tougher fish you’ll need to upgrade your lure, bait, and everything in-between, which borders on engaging and frustrating at any given moment. In a way, progression in a fishing game is a treat. It’s great to be able to unlock new, palatable upgrades over time, and you can actually see the difference when reeling in fish after buying them. In another, it’s partially a way to sell the microtransactions, which take shape in the form of “cash,"  used to buy pretty much everything, and a coin doubler, which goes for $4.99.

Given that I’ve played Break for hours on end I don’t mind shelling out for the doubler, but the cash, which is sold for upwards of $39.99 packs, seems to only be there to impede the player. Sure, if people could just buy all of the upgrades possible it wouldn’t take any skill to catch some of the trickier fish, but there has to be some balance. This can also cause issues when ponds are littered with low-reward fish.

It’s great though, that you can technically play through without spending anything, especially if you literally take “breaks" and play it casually. Moving up to say, an arctic or Asia-themed level is fun, as is discovering all of the new fish to capture. The same goes for unlocking new outfits and rafts, and going back to your base to gradually accumulate more currency. It’s like a mini-ecosystem, with IAP looming above it.

Initially I thought that maybe it needed something a bit more, but it really doesn’t even need to be that much more complicated, because there’s something cathartic about letting loose a line and seeing what happens. It’s easier to relax too when the art style and soundtrack are so endearing. If it wasn’t for the microtransactions it would be easy to lose entire afternoons to it.

If you want a game that you can play for hours at a time and not feel like you need to spend money, Fishing Break may not be for you. But for other crowds out there that are looking for a zen-like respite every so often, it’ll do just fine, especially if you rest a bit in-between progression walls.