Gameloft’s take on a freemium city builder infused with Disney magic is an excellent title for those that interested in anything related to the House of Mouse. Yet, similar to other similar titles, Disney Magic Kingdoms does possess some nuance to the way it handles its timer based gameplay. We’ve been playing it quite a bit in order to build our ideal Disney park (hint, it doesn’t involve putting the Astro Orbiters in front of the entrance to Tomrorowland) and have a few tips to impart for those looking to build without resorting to IAP.

Magic Kingdoms takes page from titles such as Avengers Academy with its character leveling system. In the case of Magic Kingdoms, leveling up your individual characters unlock additional activities for them to do (which are sometimes required to complete quests), as well as new buildings to construct (again, sometimes required for quests). Leveling up a character for quest-related purposes seems like an obvious reason to dedicate your Magic resources towards that over buildings but there are other reasons to do so as well. For example, you want to unlock as many activities as possible simply to have a varied activity portfolio for different time slots, and new activities have the potential to unlock new and different items for character development. 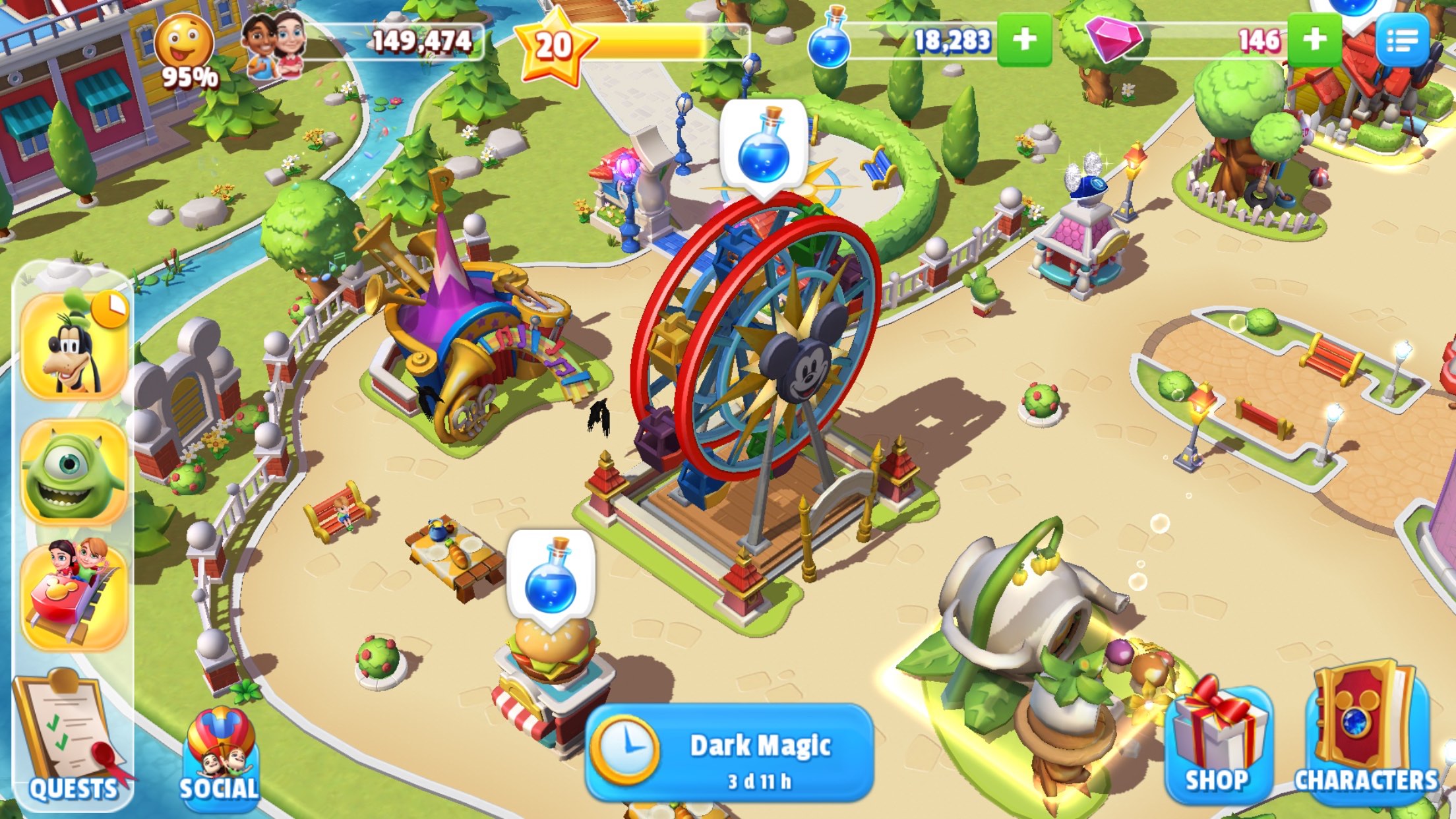 In General, Start Leveling Up Characters When You’ve Earned All Items To Do So

This goes hand in hand with the above tip, but it’s important to mention separately nonetheless. Whenever you have the opportunity to upgrade a character (and assuming you have ample Magic to do so), I suggest you take the time to do so. There’s a few reasons that it makes sense to do it as expediently as possible. First, there are the reasons I already outlined above (unlocking new activities, e.t.c.). Second, when a character is ready to be upgraded, you’re no longer allowed to stockpile character specific items in your inventory. That means that activities that would typically earn those items will no longer earn anything other than Magic and Experience. Thus, it’s almost as if you’re missing out on potential inventory items every time you complete such an activity without upgrading your characters.

As you get further into Magic Kingdoms, you’ll eventually get to a point where you can unlock additional plots of land that aren’t tied to immediate quests (i.e. they won’t fill your quest log and you won’t get any magic or experience points for unlocking them). You’ll also see that these land plots are pretty expensive compared to the pieces of land that are part of the story. At least at the onset, I’d highly suggest avoiding these optional unlocks unless you really have an uncontrollable desire to perfectly space out your park and you have an excessive amount of magic. Otherwise, you’re far better off saving that Magic for story-based buildings and character level-ups. 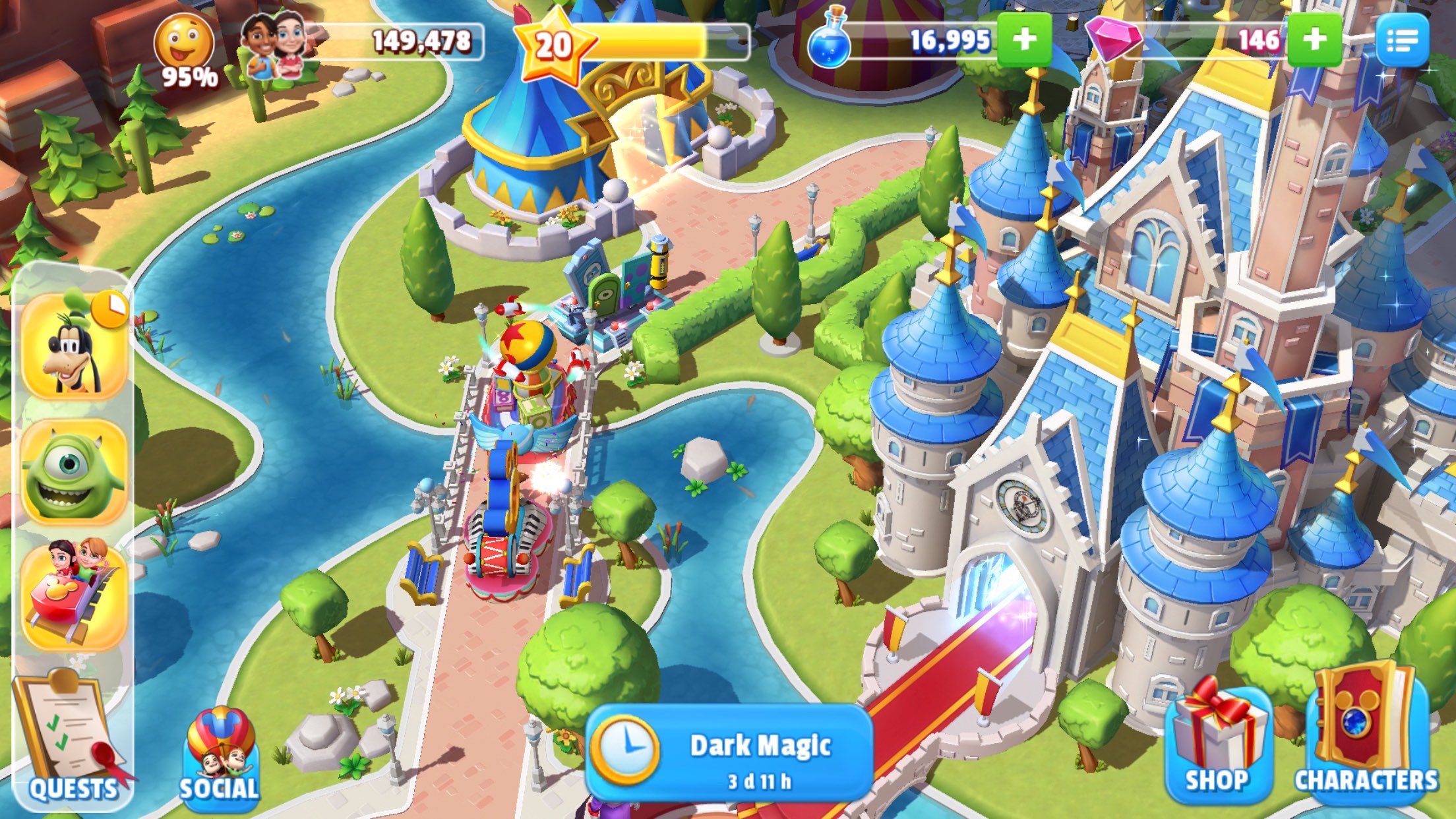 Every freemium builder game inevitable requires a primer on common sense timer management. If you’ve done a good job upgrading your characters, you’ve hopefully developed a decent activity portfolio for each character, allowing you to be able to adequately plan out extended enough activities depending on how long you plan on being away from the game (for example, making sure you set up 8 or 12 hour timers right before bed). In general, the longer the activity the less magic and experience per hour is actually rewarded so if you plan on engaging with the game during the game it may make more sense to schedule more 1 or 2 hour long activities instead of the longer ones.

One exception to the above rule may be if you’re specifically looking for an item that can only be earned by a certain activity. At that point, you simply have to do a business case analysis as to whether or not Magic accumulation efficiency or character-item accumulation is more useful to your current expansion plans. In my view Magic accumulation almost always takes precedence but if you’re really close to a quest completion it may make more sense to deviate pursue the items instead.

Check Out the Special Events

This sounds kind of obvious, but keep an eye out for special events in-game, and be sure to take advantage of them for an easy to earn extra magic. For example, a recent event rewarded players for logging in multiple times a day and tapping on black crows that had infiltrated their respective kingdoms. Sounds simple, but with rewards up to 5000 magic, it’s well worth logging in simply to contribute. 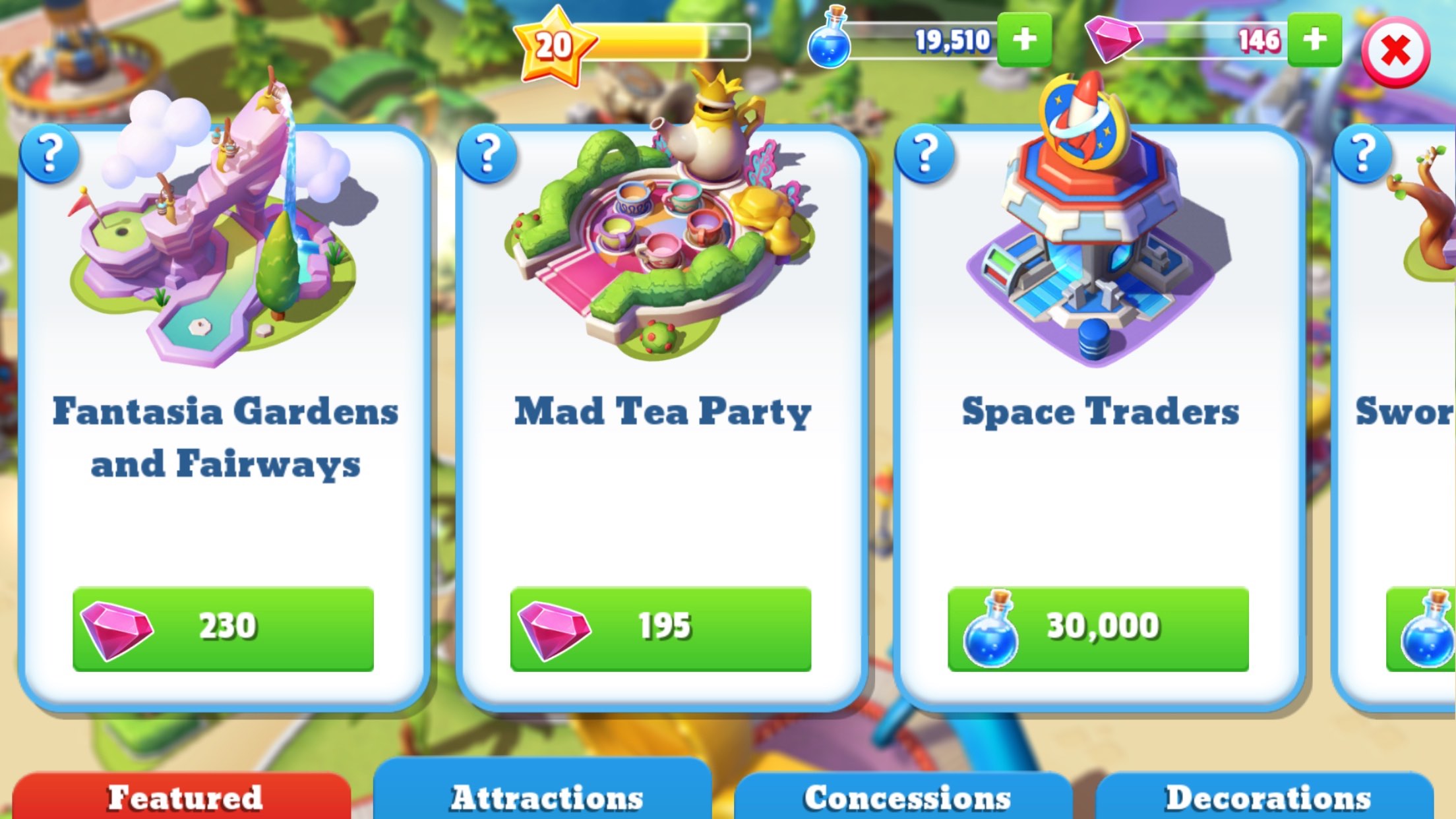 While the majority of the guide obviously focuses on non-IAP tips, for folks that plan on dabbling with the games premium currency here are a few tips:

First off, on occasion, keep in mind that there are several characters in the game that can only be unlocked with gems. They are not story-related characters so the game won’t you to continue to unlock them, but they can unlock additional quests and they usually offer activities to unlock rarer items for other characters. On occasion, Magical Kingdoms may offer you limited time discounts to purchase the characters (along with gems) on the cheap. If you get such an offer I recommend taking it. Otherwise, if you end up with extra gems, I recommend picking up characters before going for new buildings.

Once you’ve unlocked the premium characters, the next thing you’d want to unlock are premium attractions that may accompany those characters. The reason for that is there are most likely certain activities that will only be available if those attractions are built (they also get nicer than usual building bonuses). 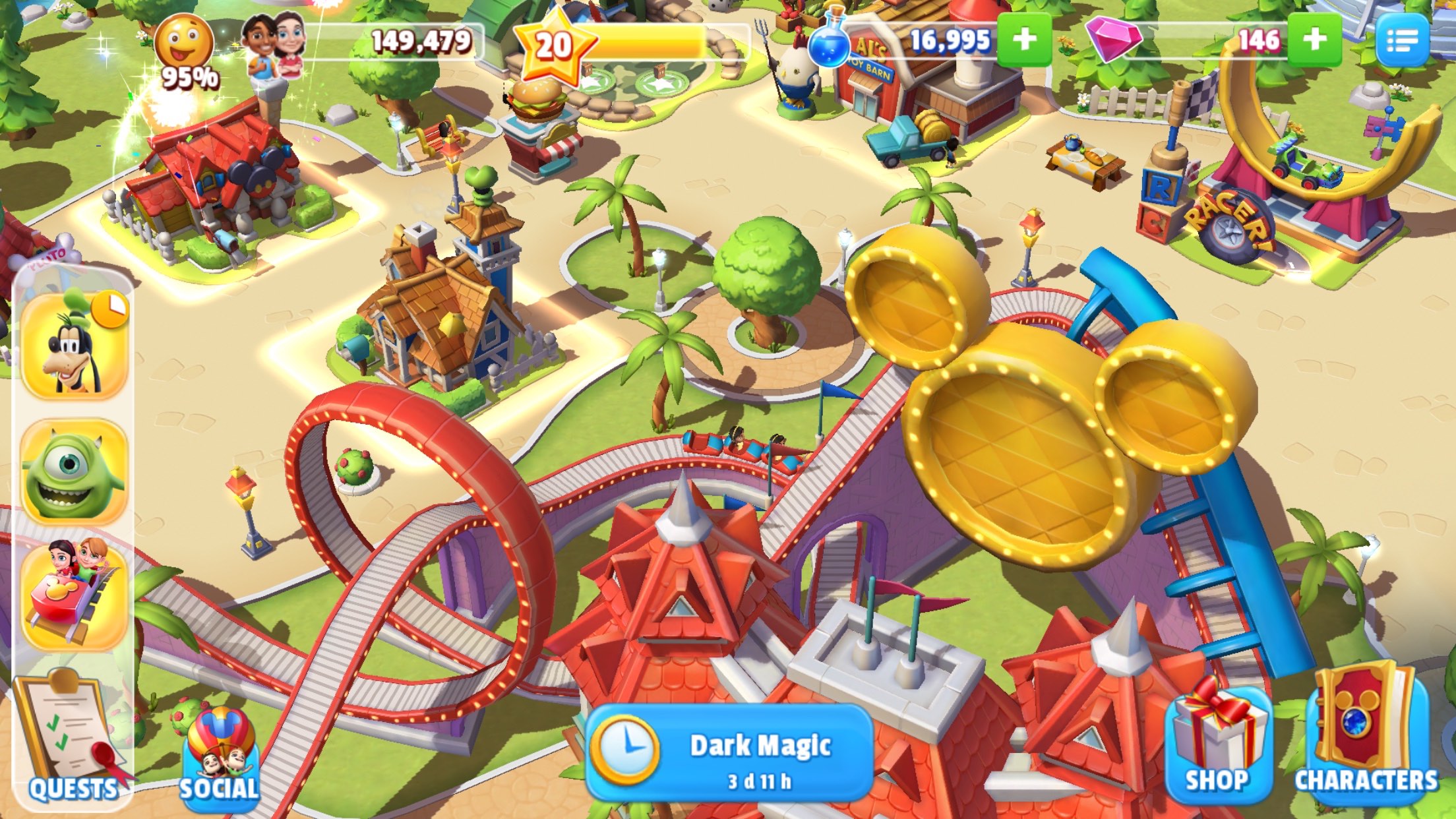 Finally, gems can be unlocked to expand your daily parade option (which allows you to spend a bunch of magic to launch a parade that has a chance to reward magic, gems and character items). The gem investment is a one-time deal and can be worth it to make the parades much more lucrative in the long term.

It is unfortunate that there’s quite a bit that’s locked behind the premium currency, but there’s still a significant amount of content that can be easily played without IAP. In addition, by following the above tips you should hopefully get the most bang out of both your magic and premium gems.