Square Enix’s SaGa series has always had a difficult relationship with players outside of Japan. Although in certain details it’s not terribly different from the Final Fantasy series, SaGa is very much a product of its creator, Akitoshi Kawazu. It’s not afraid to go way outside of everyone’s comfort zone in terms of mechanics. How that kind of approach works out depends on the individual game. While many RPG fans find the Game Boy release SaGa 2 (known in the US as Final Fantasy Legend 2) to be a fairly agreeable game, the PlayStation 2 title Unlimited SaGa is considered by many to be one of the worst games Square ever attached their name to. Most of the games in the series elicit a mixed reaction, making it difficult to know if they’re going to be your thing or not. If nothing else, at least, Romancing SaGa 2 is considered one of the better installments in the series, which might explain why it’s the first to get an iOS release. 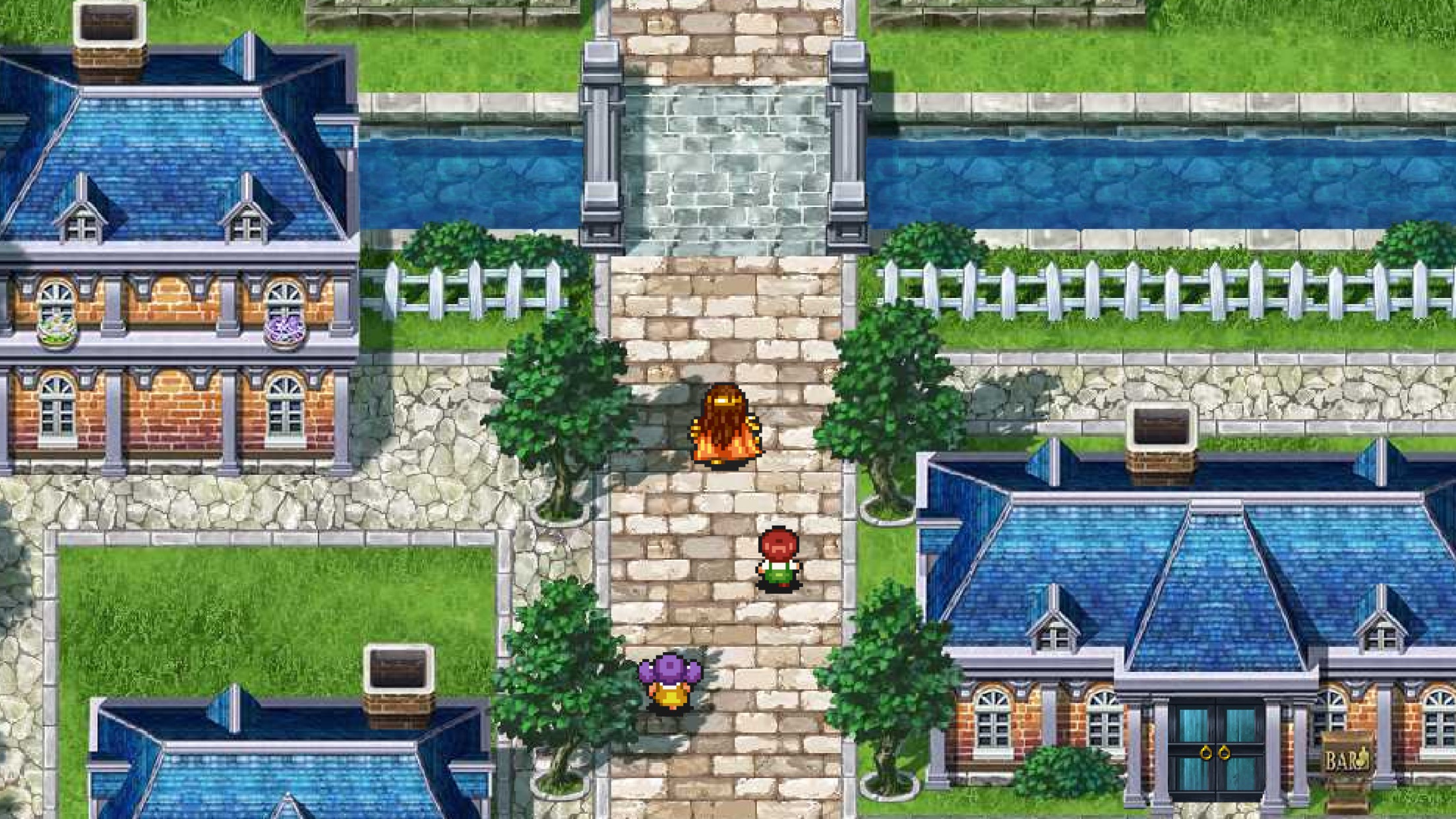 A remake of a 1993 Japan-exclusive Super NES release, Romancing SaGa 2 has been given the kind of visual remaster many had wished for with other Square Enix 16-bit classics. That is to say, it looks good on the high resolution iPhone screen without sacrificing its original style. There aren’t any nasty filters, and sprites look true to how you would remember them if you had played the original version. This isn’t the first remake of the game, or even the first version of it on a mobile phone, however. Japanese feature phones got a version of the game back in 2010, and the bonus features from that release are included here. The visuals and UI are new to this version, though, and as you would expect, sorting through menus is a breeze on a touch screen. Moving around is a bit more difficult, particularly if you want to move precisely. Square’s really had a rough go with virtual sticks lately. The game runs smoothly as long as you’re on an iPhone 5 or higher, and apart from the fussy movement controls, this is quite an excellent version of the game.

It’s not hard to see why the Romancing SaGa games weren’t released worldwide back in the 16-bit era. They’re very strange, complicated games, and Square’s perception of the RPG market outside Japan at that time can be inferred almost entirely by the fact that Final Fantasy: Mystic Quest is known as Final Fantasy USA in Japan. Some systems carry over from the Game Boy games we know and mostly love, but there are some big changes, too. For starters, Romancing SaGa 2 puts you in the role of a line of emperors, starting with Emperor Leon and moving on down through the generations as time passes and characters expire. That title isn’t just for show, as you’ll need to run your empire, finding gold for the treasury and collecting taxes to spend on various necessities. As you clear dungeons and other areas on the map, your empire will expand, and you’ll get more tax money to spend. It’s quite open-ended for a console RPG of its era, too. 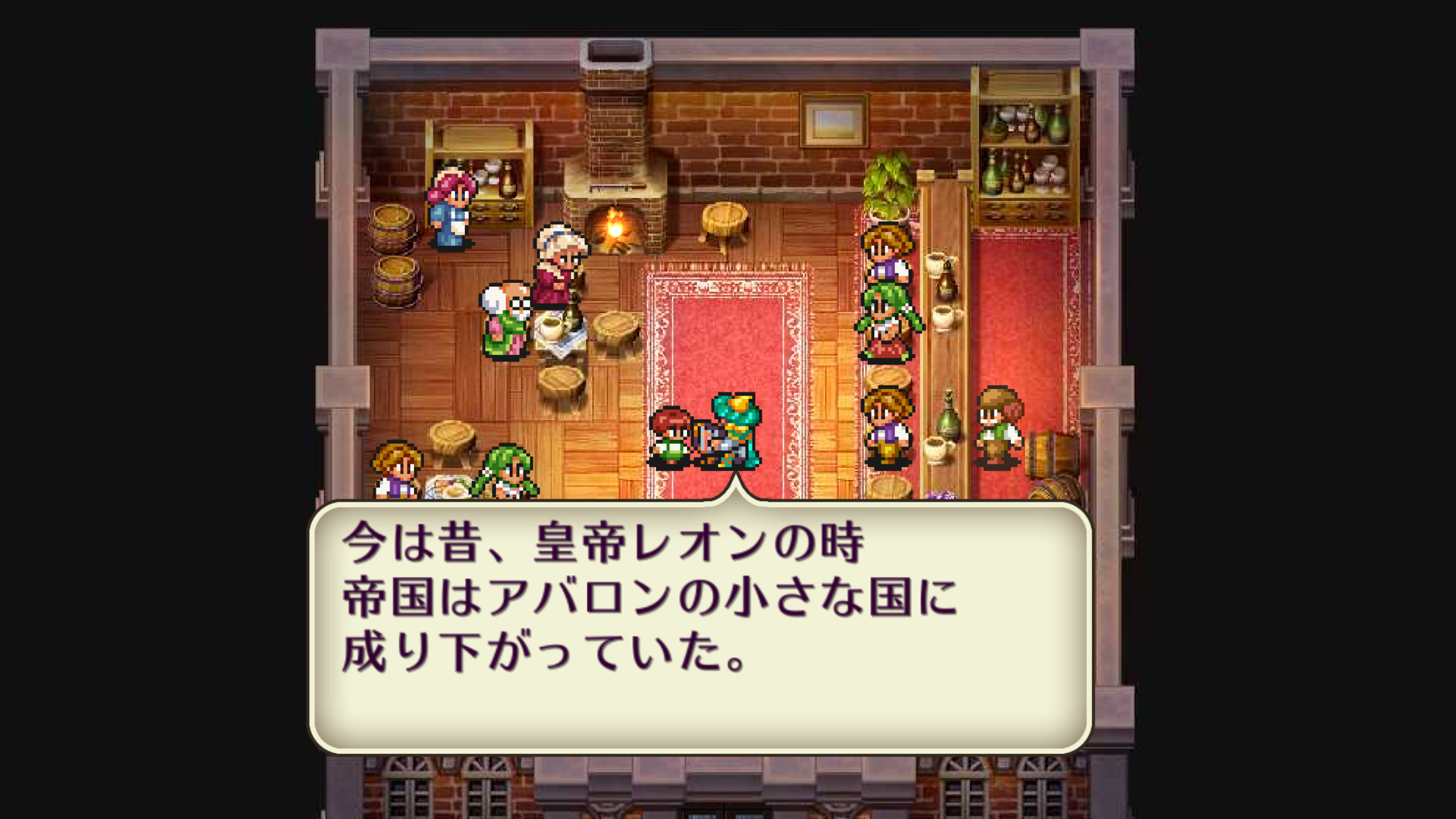 Your main goal is to take down the Seven Heroes, a group of warriors from the past who returned not as saviors, but as demons. You’ll make your first attempt pretty early on, and suffice it to say, it doesn’t go well. The rest of the game is basically a slow-motion Rocky montage of you trying to get your characters strong enough to win. Should an emperor die, it’s on to the next generation, stronger and hopefully wiser. The rest of your party is filled out with various people from around the empire who join as one of several job classes. Interestingly, each character has a stat called Life Points. They’re depleted any time a character is KO’d in battle, and when that character runs out, you can say good-bye to them. Yes, it’s rather vicious.

The leveling system is equally capricious, though if you’ve played a SaGa game before, or its spiritual grandfather Final Fantasy 2 ($7.99), you’ll probably be familiar with it. Stats level up individually after battles, seemingly randomly. Using weapons makes them more powerful for that character. Romancing SaGa 2‘s main innovation in terms of character building is its Spark system that has your characters learning new moves apparently out of the blue. There are methods behind all of this madness, but most people will finish the game just as confused about what’s going on behind the curtain as when they started. It’s probably one of the main things that turns people off of SaGa, and I’ll admit that even I have to be in the right mood to deal with it. 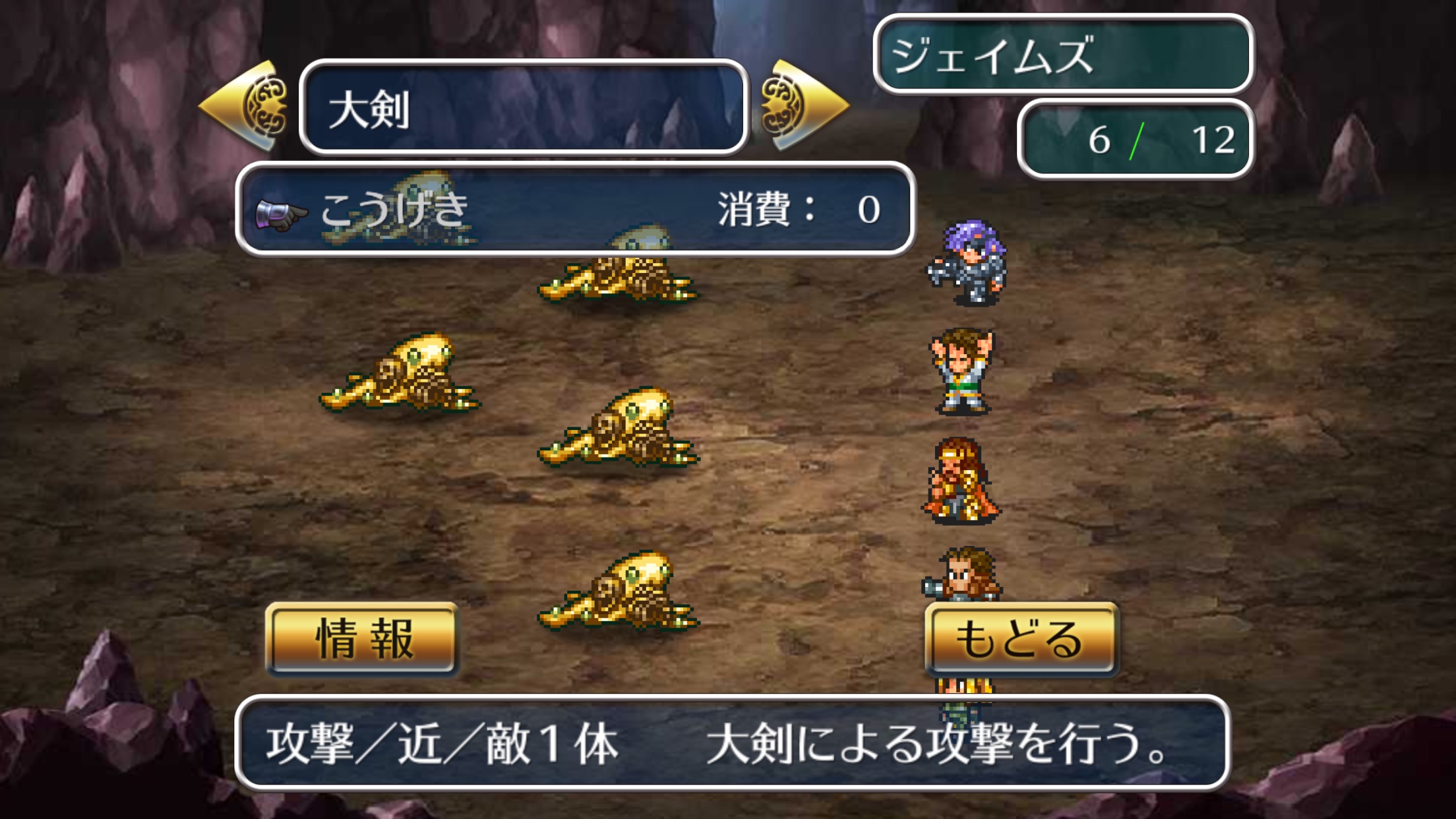 Also important is the formation system, which allows you arrange your party in a variety of patterns that convey advantages and disadvantages depending on a character’s position. If an enemy gets the jump on you, they’ll usually scramble up your formation, so walk carefully or try not to care too much, I suppose. Enemies are visible on the map, will home in on your position, and absolutely love to dog-pile. Should a character survive the battle, their HP will be completely restored, but Life Points can only be restored through expensive and somewhat rare potions. As in Final Fantasy 2, you need make sure you’re approaching each enemy correctly, lest your attack do no damage whatsoever. Make sure you’ve always got a couple of spellcasters on hand.

Romancing SaGa 2 is the same weird game it always was. The thing is, if you give it enough time, you might come to grow fond of its eccentricities. If nothing else, it’s at least respectable how little it seems to care for the conventions of the RPG genre. It makes it feel almost as fresh nearly 13 years later as it did when it first came out. Outside of the SaGa games themselves, there’s nothing else that plays quite like Romancing SaGa 2. Ambitious, overly complicated, and frequently messy, even this well-liked installment is destined to split people if it even manages to get released outside of Japan.

That, unfortunately, is the rub. Romancing SaGa 2 has never been officially translated into English, and we haven’t seen a SaGa game leave Japan since 2005’s Romancing SaGa: Minstrel Song on PlayStation 2. That doesn’t mean it won’t happen, but there are a lot of forces working against it. Still, Square Enix has proven that they have confidence in the worldwide smartphone market for premium RPGs, and they’re running out of Final Fantasy and Dragon Quest games to port. It may be that Square is finally willing to take a gamble on another English SaGa release. Let’s hope so, because this is an excellent port of one of the more interesting RPGs from Square’s 16-bit days.