Last year’s Furdemption (Free) was one of our favorite games of 2015, and we’d been anticipating the sequel ever since it was originally announced in early November of last year. This week the wait finally ended as the Furdemption sequel, officially titled King Rabbit (Free), launched in the App Store. King Rabbit offers up more of what made the original game so great, but with several new features and an overall refined feel. You know, like sequels are supposed to do. Given our love for the original game, “more and better" is exactly what I was hoping for with King Rabbit, and it certainly doesn’t disappoint. 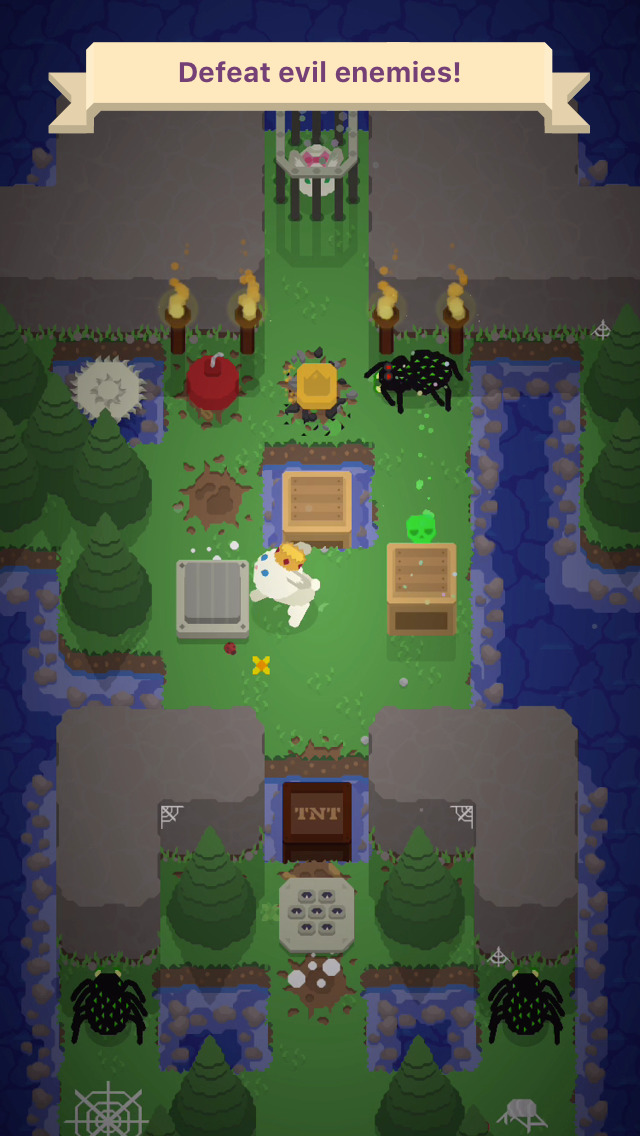 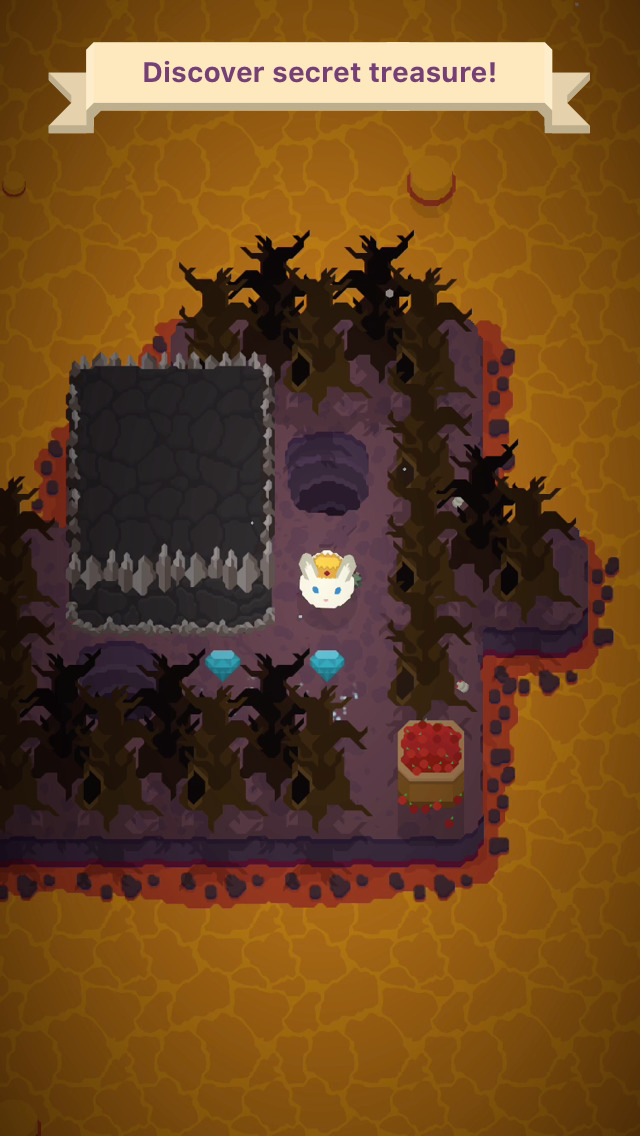 As in the first game, you’ll swipe in any of the cardinal directions to move your King Rabbit around a level one square at a time. There are plenty of obstacles to deal with along the way to your ultimate goal of rescuing one of your bunny citizens at the end of each level. Blocks that break away below your fuzzy feet, buzzsaws that gruesomely slice you to pieces, bombs that blow you to bits, fires that burn you into a pile of ash, and much more. (Blood effects are turned off by default this time around, fyi.)

What King Rabbit (and Furdemption I should add) do so well is blending action-based platforming with actual puzzle solving. You’ll certainly need quick reactions to scamper across some breakaway blocks as you race towards the goal and avoid moving buzzsaws along the way, but more often than not if you want to collect every coin on a level you’ll have to actually think about the particular way in which you do things. Use up a breakaway block too early and you can strand yourself or prevent yourself from being able to reach a part of the level with an item on it. Like its predecessor, King Rabbit is extremely challenging and at the same time that makes it extremely satisfying.

It’s this blending of action and strategy that appeals to me so much, and King Rabbit feels like an even greater version of it than its predecessor, while still feeling really familiar. This is just an incredibly well-designed game from top to bottom and will challenge both your reflexes and your mind before you’ve come to the end of its nearly 100 levels. If you enjoyed Furdemption then you without question should be all over King Rabbit, and if you’re new to the series I’d suggest starting with this new release and if you somehow chew through all of it I highly recommend checking out the original game for more.