One of the first game’s I really enjoyed on my PC back in the day was the original Microsoft Flight Simulator, which I thoroughly enjoyed (even though I could rarely land without almost crashing). And to be honest, I miss playing a good flight simulator game, and I’m hoping the upcoming Take Off – Flight Simulator will finally give me the ability to land (crash) various planes from the comfort of my couch. The recent dev diary shows off the game’s features as well as explain the philosophy behind the design, and so far I really like what I’m hearing. The game offers numerous highly-detailed planes, a variety of missions that break away from the take off and land routine that can get boring after a while, and many real-life airports you can visit and crash into. The game also has a day/night cycle and a variety of weather conditions that should make flying more enjoyable. 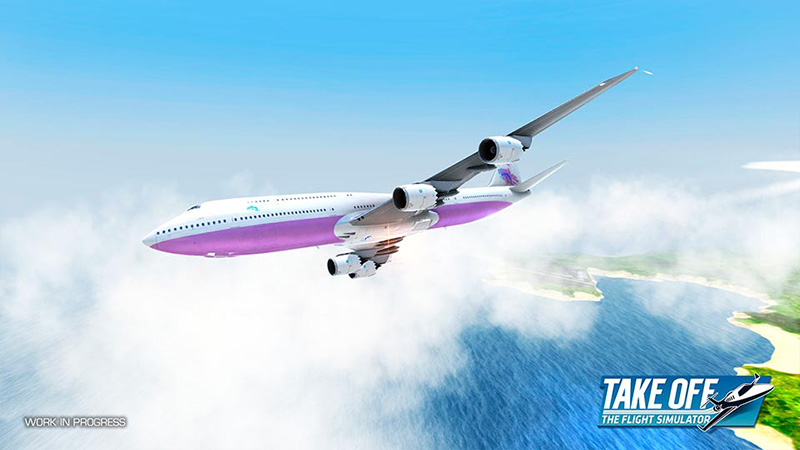 You get to fly 14 different planes ranging from tiny ones to huge airliners, and the missions range from your typical commercial missions to rescue missions, sightseeing, emergency landings, and more. I really like this addition as I often like to switch between the tranquility of flying from point A to point B to the panic-inducing efforts of trying to land a stricken plane. You can also upgrade your planes both mechanically and visually as well as build your own airline and buy new planes. In other words, there’s a lot to do in this game, which makes me excited to check it out. I just hope the developers have taken the platform’s particularities (need for constant saves and relatively-short play times) into consideration. Take Off – The Flight Simulator should be coming out next month, so check out our forum thread if you enjoy flight simulators and want to learn more about the game.