You would definitely be forgiven for looking at the screenshots in this review and assuming this game was some kind of clone or expansion DLC for Monument Valley ($3.99). But aside from the Escher-esque optical illusions in the levels, the design, mechanics, and even the other aspects of the aesthetics offer something completely different. And while Dream Machine: The Game ($1.99) isn’t quite the masterwork that Monument Valley is, it’s a beautiful, memorable 3D puzzle game, and a premium one with no IAP to boot. 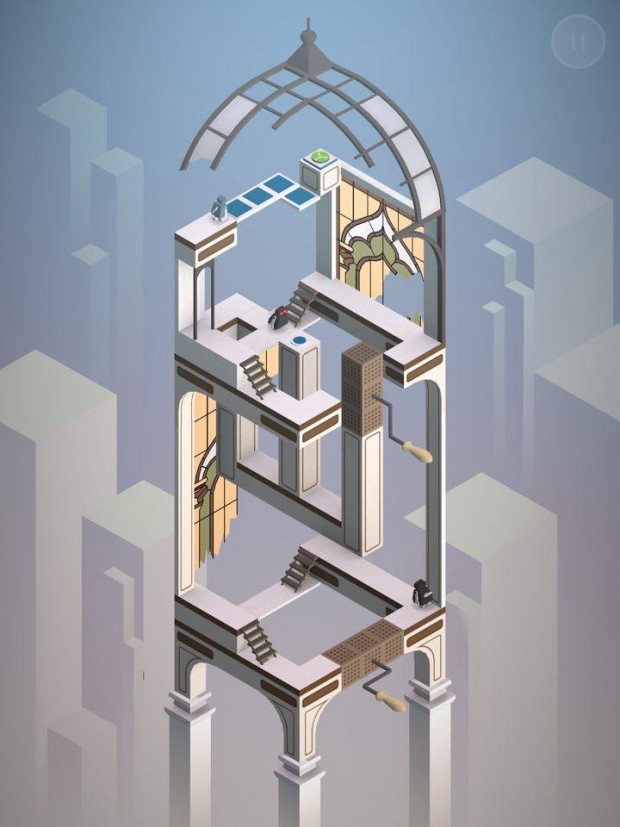 Speaking further to the aesthetics of the game, you’ll immediately notice that while Monument Valley offered more diverse color palates and was usually centered around buildings, curves, stairs, ladders, and doorways, Dream Machine is colder, more industrial, and much more cubic. At least at first. As the game progresses, the colors of Dream Machine diversify themselves as well, in the second two chapters when the game becomes more ‘Dream’ and less ‘Machine.’ While both games have moving parts and pathways, the levels of Dream Machine tend to be much busier, with gears, wheels, pistons, and various hazards always moving, and death a looming threat. Which brings me to the mechanics.

Another key difference in this game is the constant movement. You play as a little wind-up doll looking robot, and you are always moving. This makes timing a key mechanic, both in avoiding hazards, and in being on the right moving part at the right time. You can tap your robot to make him do a 180 turn, and tap empty space in the level to make him stop moving. You always move parts of the level by turning the yellow handled cranks. Moving these can often be a little finicky, but it’s a minor annoyance. It doesn’t really ruin the game. In later levels, enemy robots become a thing. Usually they’ll patrol back and forth, and you’ll have to move parts of the level at the proper time to make them step on switches and change the landscape. In fact, the last chunk of levels is all about finding and hitting half a dozen or so switches just to unlock the path to the end of level switch. 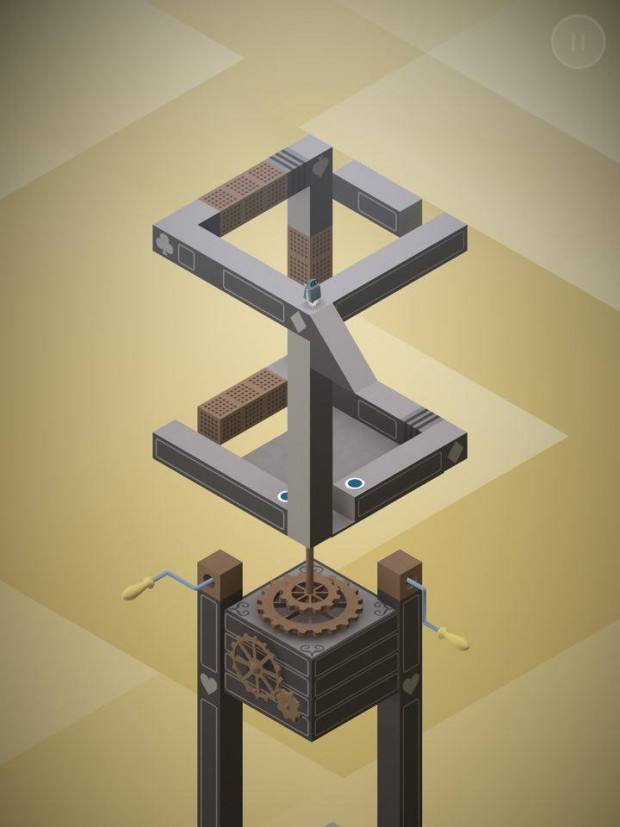 The first three chapters of the game end in boss “fights” of sorts, still very much puzzles, all against mechanical toys. First, a Jack-in-the-Box, then a toy soldier, and finally a monkey with cymbals. The fourth and final chapter of the game ends in a ridiculously intimidating looking puzzle in which you actually control two robots. It is definitely the hardest level. The difficulty of the levels can be very inconsistent until the last chapter and a half or so, which is full of head-scratchers where the solutions are not immediately apparent. You definitely get a few curve balls though. One level, for example, has you working your way up to the top of the level while a bad bot is working his way down, and you have to figure out how to get past him.

While some of the puzzles are big confusing messes, a few are elegant perfection. One downer is that there are a some bugs, and movement can be buggy in general. Your robot might clip through certain surfaces, or somehow be standing in midair halfway across the level from the platform it was supposed to be on. It’s easy to trigger this stuff if you’re standing too close to the edge of a moving platform. In one case, however, I beat a level entirely because I glitched onto the surface of the end of level switch. This was both immensely satisfying and disappointing. The buggiest chapter is definitely chapter 4. That’s the only place most people in our forums have been encountering them. 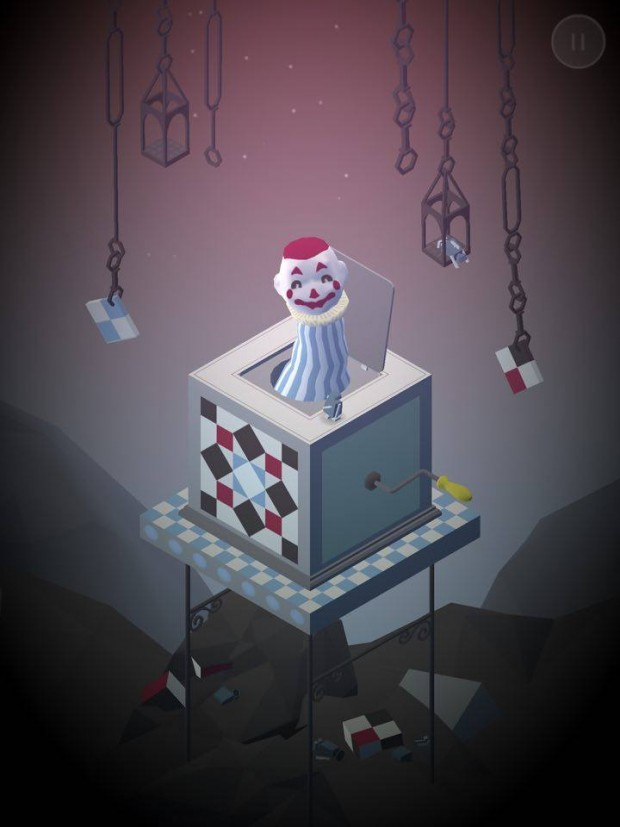 There is a bit of replayability on offer through the leaderboards and upgrade system. As you complete levels, you’ll get cogs and level up. When you level up, you’ll either increase in speed, or get multiple levels of shield that let you survive a hazard. The faster you complete a level, the more of these cogs you get, which in turn gets you more upgrades and gets you higher on the leaderboard. Memorizing a level and finding the best points to deliberately use your shields to shave a few seconds off of your time can be fun if you’re feeling competitive, but it definitely feels a bit shallow, or a bit tacked on.

At the end of the day, Dream Machine is definitely reminiscent of Monument Valley, but the tones and mechanics of each vary greatly, and the former is somewhat lacking in polish. The story doesn’t really offer much, but it’s nice window dressing for an abstract puzzler such as this. You play as a cute little robot that is tired of the drudgery and harshness of an endless robotic worker drone existence, and then you maybe escape or maybe vividly hallucinate your escape at the bottom of a scrap pit. It says as much in the app description. As someone who has worked 60+ hour weeks at jobs of immense tedium, I can confirm that escaping or vividly hallucinating all day are pretty much your only options. Considering the bosses you face are toys and gravity seems to have taken the day off, I’m going to go with the depressing death throes hallucination angle. I do love when things end on a dour note. All that aside, this is definitely a game worth supporting at only a dollar.