Today, Supercell gave us more sneak peeks of the upcoming Clash of Clans (Free) update, and we got to see a whole new unit, the Bowler! It’s been years since the game saw a new unit, so this one’s exciting. The Bowler is a Dark Troop available at Town Hall 10 and hits Ground targets and does Area Splash damage. His Boulder hits two defenses at the same damage, which can be huge because he can snipe defenses from a safe range. I don’t know how useful the unit will end up being, but it might force players to change defense placement to account for his range. The other change you can see in the video is that Poisons won’t be as useful anymore because if the troops aren’t engaged in combat, they’ll walk outside the poison range. 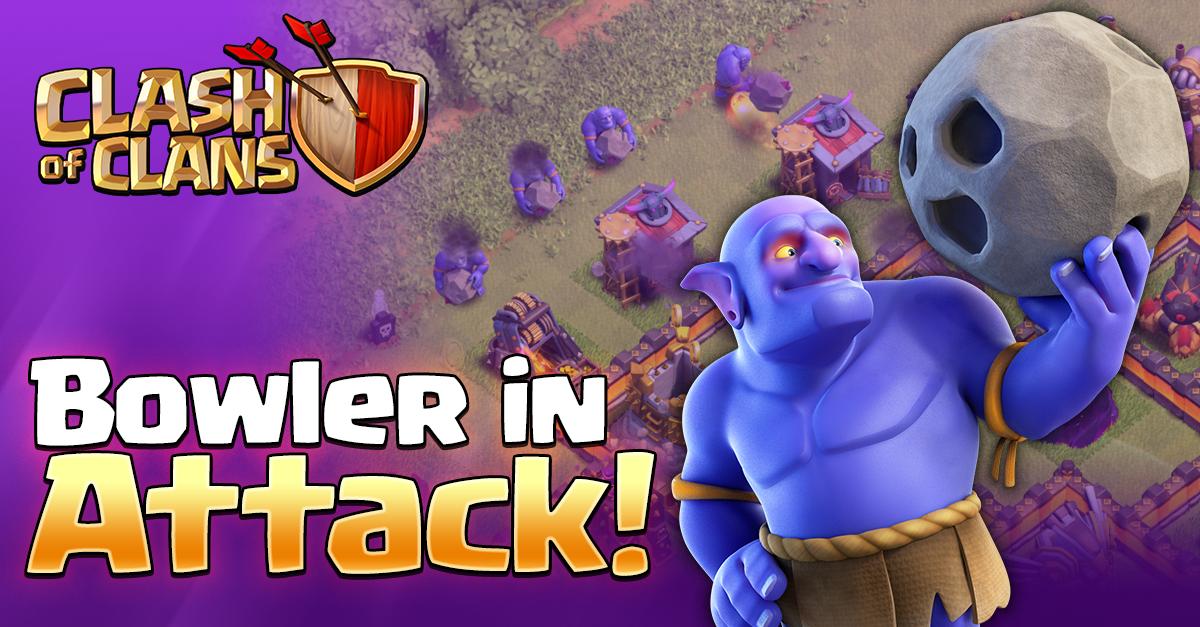 The other sneak peek we got today showed off three new troop levels for Town Hall 10: the Level 6 Hog Rider, the Level 6 Goblins, and the Level 5 Valkyries. As you can see in the video below, the ones that are really going to be a handful are the Valkyries, which will now have less health but more damage and improved first attack speed. They look seriously strong now, so I wonder how they will change base building. So, these were the sneak peeks for today. What are you more excited for, the new troop levels or that big, bad, Bowler?