Video game news can be weird, particularly when it comes from channels which aren’t usually monitored by enthusiasts, or even the games media. That’s certainly the case with this interesting nugget regarding the future of Magic which was actually revealed as part of a Hasbro investor presentation last year. Normally, these sorts of things are incredibly boring, but this particular presentation held some interesting tidbits, namely, the long-term strategy for the future of digital Magic.

The powers that be at Hasbro (and Wizards of the Coast) seem to be in an interesting situation right now. They’re giants of the collectable card game world, but it seems like these days Hearthstone (Free) is everything that Magic wished their digital offerings were. The game is streamed 24/7 by people with countless fans, the presentation of the game lends itself to being an easy spectator eSport, and it is playable on all the major platforms for free. 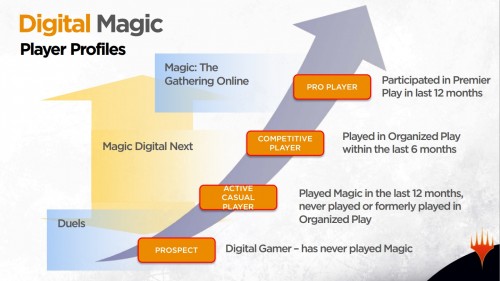 Comparatively, while the paper version of Magic may be doing better than ever before, its digital offerings are weirdly split between two products which at best are kinda-sorta OK. Magic Duels (Free) is their free to play side which is largely targeted towards players new to the game, but judging by reactions of hardcore Magic players, many of the restrictions the game has keeps them from getting invested. Meanwhile, Magic Online exists in a constant state of jank and inexplicably is only available for the PC.

It seems like the new player path is something along the lines of, download Magic Duels, play for a bit, learn the game, decide it’s pretty cool and you want to get more involved. At this point, you walk away from your entire collection in Magic Duels and start over either buying paper cards or digital product in Magic Online. It’s an awkward transition, particularly when you’re effectively telling players, “OK, so all that stuff you spent potentially months unlocking? You can’t bring it with you." I (and seasoned Magic players) understand how the whole ecosystem works, so it makes sense to us, but in a world where the key metric everyone is striving for is player retention, it’s supremely messy. 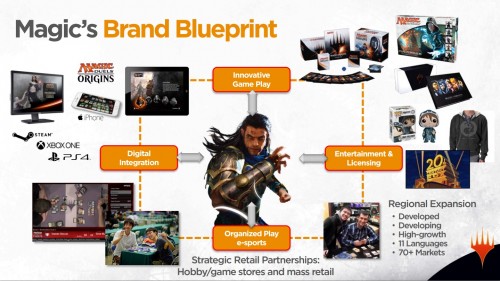 That’s where what they’re calling “Magic Digital Next" comes in. Per Hasbro CEO Brian Goldner, here’s the plan:

Right now we have digital offerings at both ends of the knowledge and engagement spectrum. Magic Online is for the highest level players and we have Duels as an entry experience. The greatest opportunity for Magic is to create a new digital experience leveraging contemporary technology to create a seamless digital experience that meets all the players needs from new players to pro players. This is what we are investing in and we have a team in place to deliver the first new Magic Digital Next product in the next few years.

My only concern is if Magic Digital Next isn’t going to be delivered for another “few years" yet, how much more steam is Hearthstone going to build up by then? You’re already seeing Magic pro players like Brian Kibler switching gears to Hearthstone, and it feels somewhat inevitable that that trend is going to continue because playing Hearthstone at a professional level is largely just easier from a logistical / travel standpoint than doing the same with Magic. 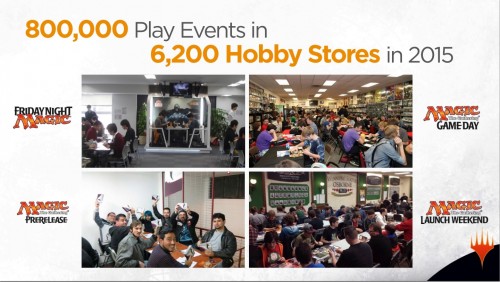 Either way, it’s cool that Wizards (or, in this case, Hasbro) is at least acknowledging that this is a problem and is actively working towards a solution. Every time I’ve met with the Magic team, my first question always is something along the lines of “Why isn’t Magic Online on tablets yet?" I would be absolutely shocked if Magic Digital Next wasn’t totally cross-platform, but, well, Wizards hasn’t had a great history of doing things that make a whole lot of sense in the digital space.

As a life-long lover of Magic the Gathering, I hope this is a turning point.