One of the main reasons players are excited about Hearthstone (Free) getting a Standard mode soon is that deckbuilding skills should matter more since most of the old archetypes should be going away. Blizzard has decided to help players improve their deckbuilding skills – or at least have viable decks to play with – by introducing Deck Recipes right in the client. Many Hearthstone players are used to netdecking, but that means having to search decks online, which isn’t as easy to do when playing on a tablet rather than a computer. Deck Recipes will instead give three deck options for each class – one classic and two themed – that will allow any player to go into the fray knowing that she’s got a good deck to pilot.

Each classic recipe consists of only Basic and Classic cards (ensuring they’ll be Standard-appropriate decks), which provides a good way to figure out how to build most traditional decks. Themed recipes revolve around specific cards or mechanics and generally are based on synergies and combos. These are slightly more advanced decks and promote specific playstyles, so they are more suited for more experienced players looking for something new to play. For example, Rogue’s Empowered Spells Recipe focuses on card draw and spell damage with Malygos as the deck’s anchor. Or you could go with Shaman’s Murlocs Unleashed recipe, an aggro deck that focuses on Murloc synergies and buffing. 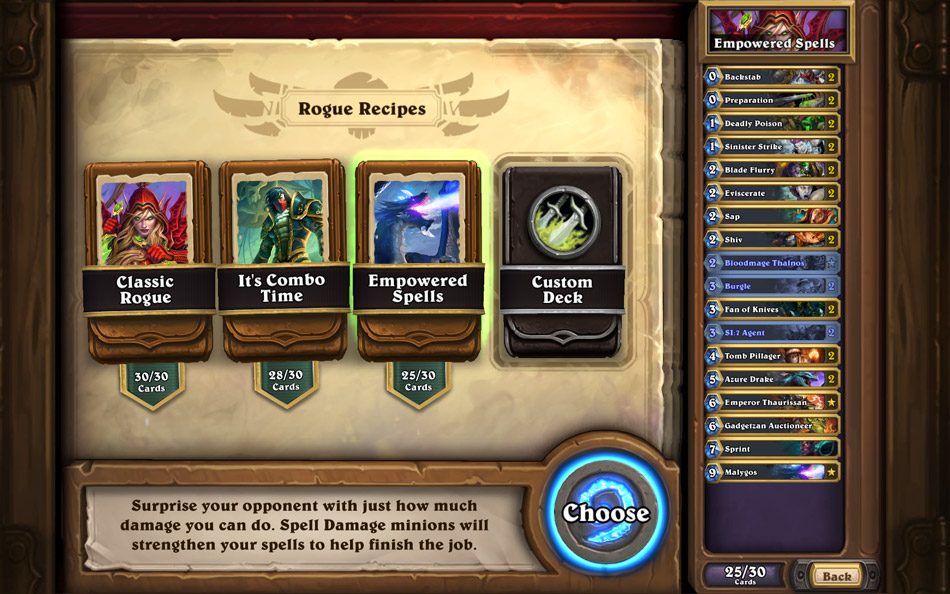 If you don’t have all the cards in the deck, you can click on any of the missing cards and the improved Suggest a Card feature will help you replace it with a card from your collection. This part will be great help for beginners since they should be able to see how various cards can perform the same function when used in specific decks. Overall, the Deck Recipes feature should help make the game more accessible to new players, a goal Blizzard has been working towards recently, but should be also be useful to experienced players, too. Netdecking is fun, but netdecking for lazy people is even better. The recipes should change as new cards are introduced, so hopefully this feature will continue to be a useful tool. Check out the blog entry here, 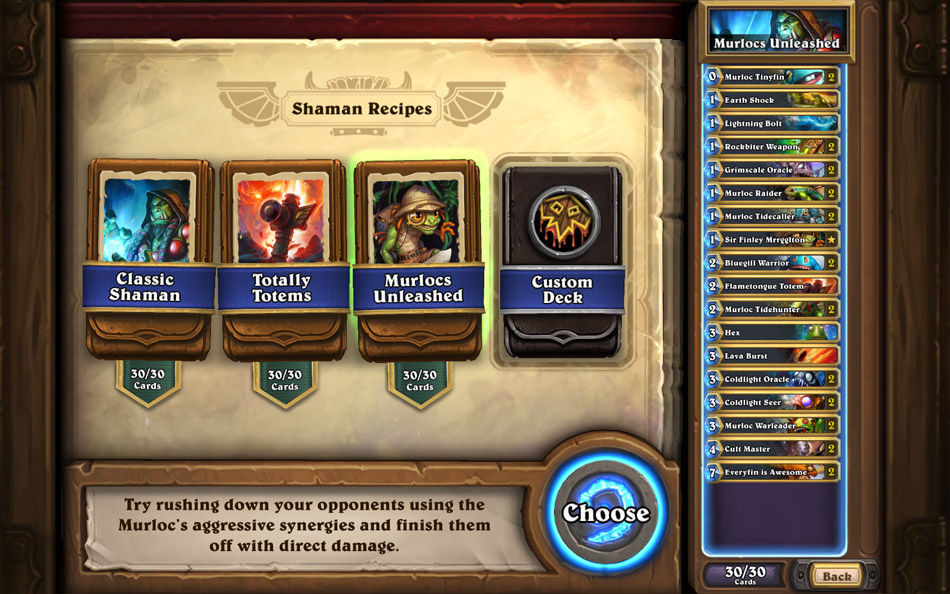