I’ve been spending a lot of time with TinyCo’s Marvel Avengers Academy (Free) recently. What can I say? I have a documented weakness for Marvel fan-service, and this app really packs it in nicely. Now, there’s not a whole lot of playing to be done here, since at its heart it’s more or less a superhero aquarium, but I have found a few tips to help things move along a little quicker for those of us who want to enjoy the game for free. Some of these are obvious to anyone who has messed around with a game like this before, but for the sake of anyone who hasn’t, I’m going to include basic advice along with the rest. Excelsior!

Keep Your Heroes Busy At All Times

Upgrading your academy is going to require cold, hard cash. The only way you can get that cash without paying real money is to complete missions. Nobody should be idle if they have a mission on the board, with very few exceptions. 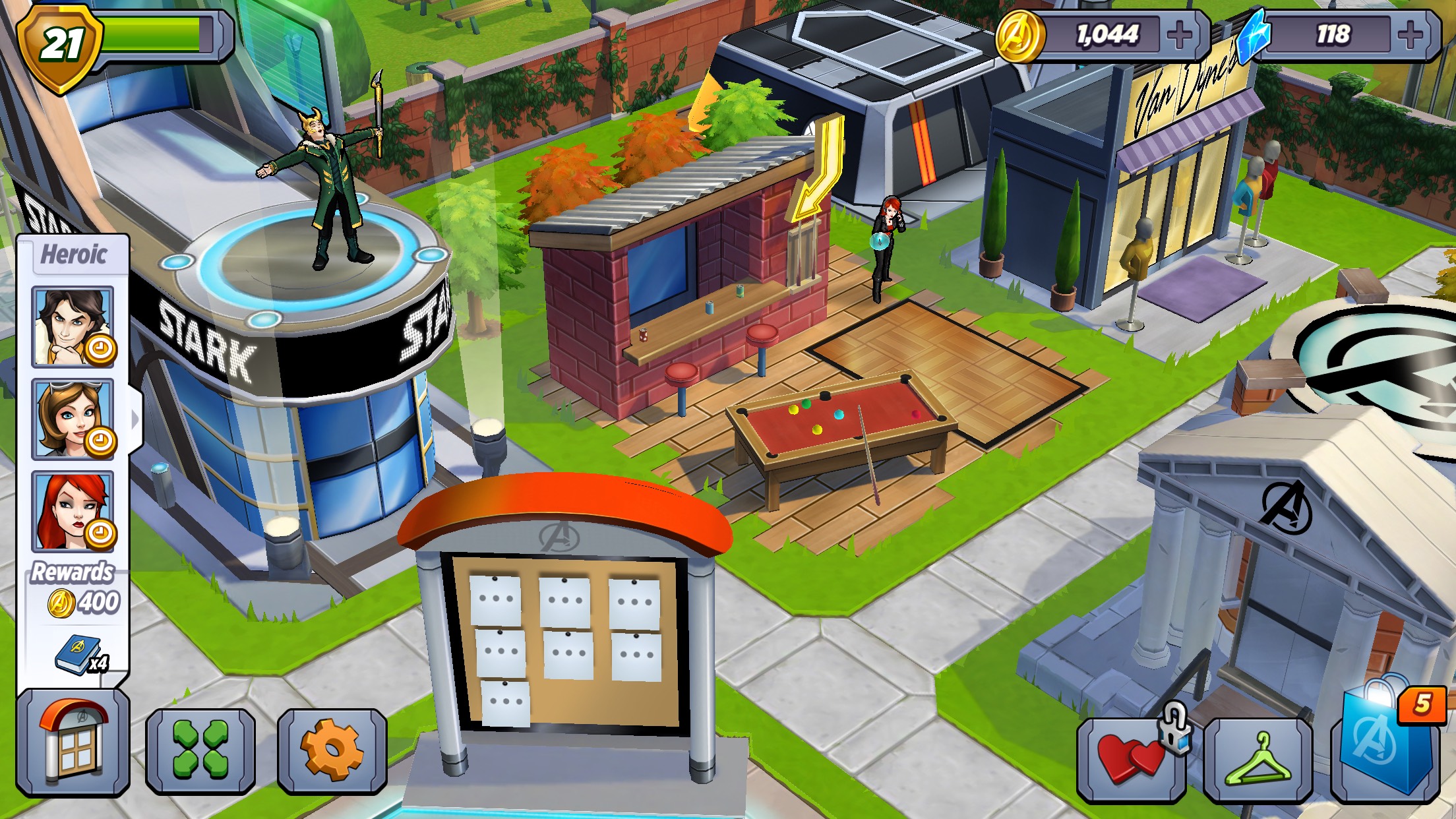 So, one of those exceptions? There are occasions where your hero might only have one option open to them because another hero is occupying a building. If that one option will take a really long time, and the other hero will finish their task soon, you may want to hold off for a couple of minutes so that you can send the first hero on the shorter task first.

Work Missions Around Your Schedule

Even if a hero’s only possible mission is a very long one, you might want to hold off and see what comes when you clear another mission off the board. Long missions are best started when you know you won’t be able to check in again for a while, like before bed, for example. If you have any extremely short missions, you should queue them up first, as they might be done by the time you finish off checking everything else.

Completing story missions opens up new characters, new buildings, and new opportunities to make money. Of course, these are usually longer missions, so if you have a few minutes to burn you might want to clear out shorter side-missions first, but generally speaking, you’ll want to keep your nose to the grindstone on the story quests. The rewards are quite valuable. 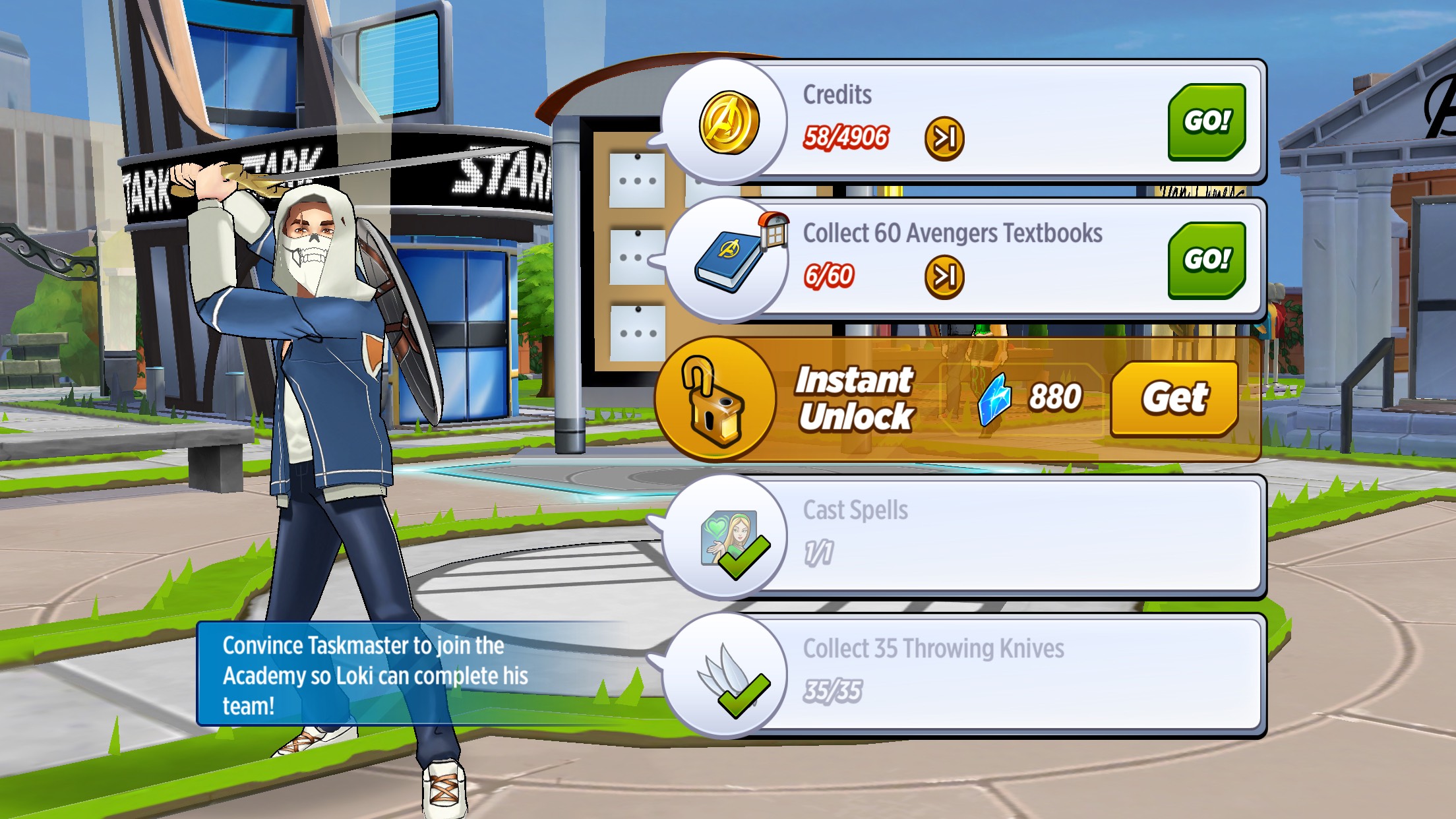 Do Side Missions That Grant Items First

If all else is equal, take on missions that give you upgrade items before regular missions. These items will allow you to upgrade your heroes, increasing their earning potential and opening up new actions. Academy textbooks are of particular importance, since every new recruit and character upgrade calls for them. The sooner you can start piling them up, the better.

You’ll get a slow trickle of Pym Particles from completing missions. These allow you to remove rubble from the map. First of all, if you’re just starting the game, make sure you keep a few in storage to remove the tank containing Captain America’s shield, as you’ll need that to recruit him. After that, make sure you’re considering what the removal of each rubble piece can do for you. You’ll have to lay down a lot of buildings, and some of them are quite big. If holding off until you get one more Pym Particle will let you remove a major obstruction as opposed to a minor one, it’s better to wait.

You’ll get four each time you level up. Save them up long enough and you might one day be able to unlock Spider-Woman or the Superior Iron Man Suit. I’d recommend the former, but if you’re a fan of ol’ Shellhead, the latter can be useful, too. While we’re talking about suits, don’t forget to unlock Tony’s business suit. It only costs coins, and it opens up new actions and a new quest line for him. 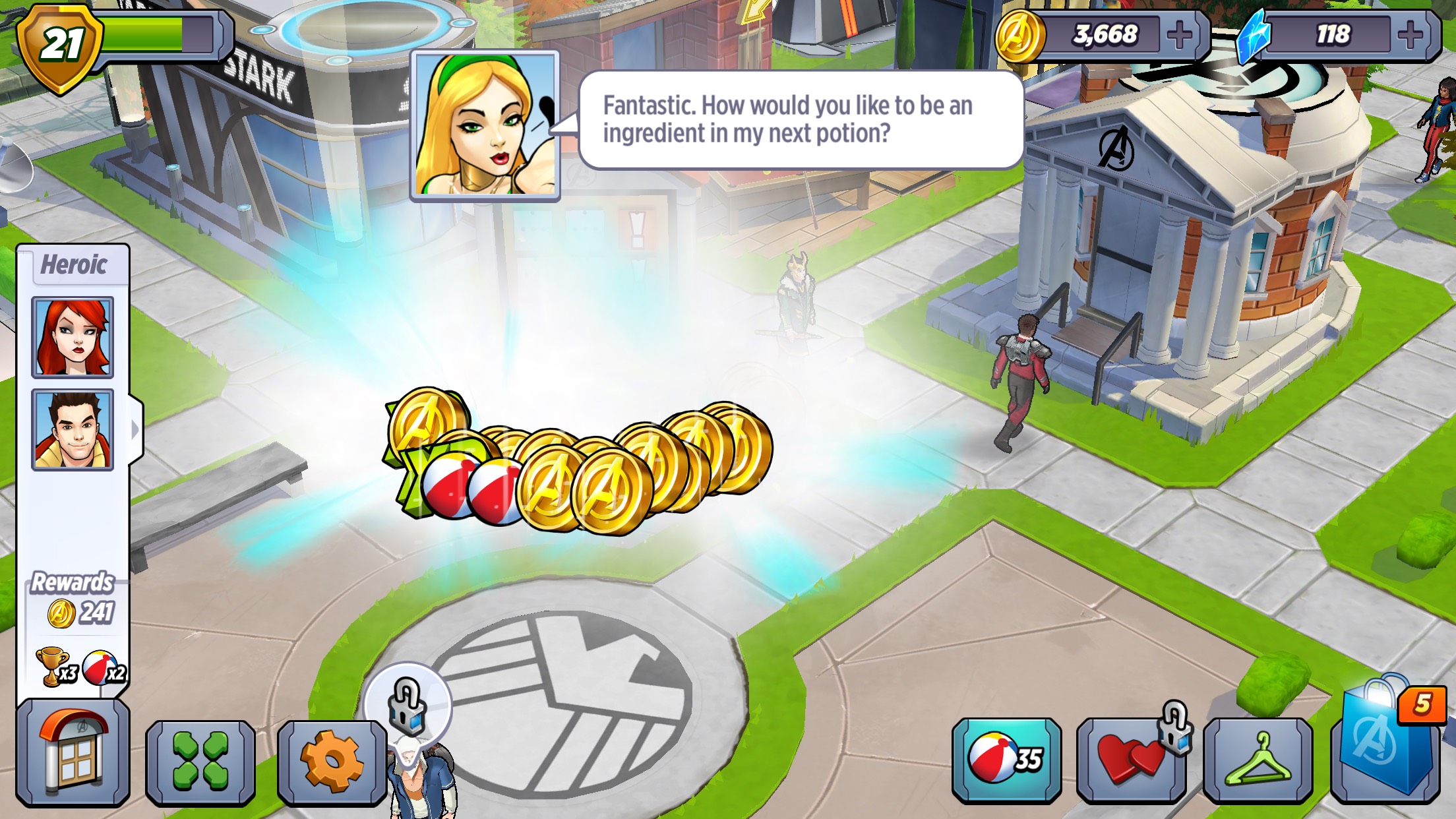 If you have some money to throw around and you’re not sure whether to invest it in improving your buildings or powering up a hero, the former should win every time. Powered-up heroes earn a bit more money for clearing missions, which is certainly important, but upgraded buildings open up new, more profitable actions for various characters. As you start recruiting more heroes, this is particularly important, as until you beef up some of your buildings, those new heroes might not have many things to do.

Before Renovating, Check Your Missions

If you’re going to upgrade a building, make sure you’ve cleaned out any relatively short missions that require it first. Depending on the construction time, I’d recommend starting an upgrade either just before bed or first thing in the morning, but make sure you sweep out the queue first, if you can. You don’t want to be stuck with a bunch of missions you can’t work on.

But Really, Keep Those Heroes Busy

You can’t stockpile the results of actions, so if a hero doesn’t have a mission on the board calling for an action, it’s useless to do it. Or is it? This one involves a bit of sneaky business and some dumb luck, but it can occasionally pay off big. Before you leave the app for a long period of time, find every idle hero and put them to work on something that will consume a lot of time. When you come back, check off the heroes who were working on missions first. Let the mission board refresh, then go check off the other heroes. If you hit on any lucky guesses, you might instantly clear some of the new missions on the board. If not, well, you didn’t lose anything. This is particularly good for 8-hour actions before going to sleep at night.

Those are all the tips I have for Avengers Academy. As long as you treat it as a silly thing to check on here and there, it’s pretty enjoyable. The dialogue is fun to read, and some of the nods to the comics and movies are quite clever. It’s not much of a game, I suppose, but as long as you approach it from the right angle, I think fans will get some laughs out of it.