Shadow Blade: Reload ($4.99) is not a sequel to Shadow Blade ($1.99), but an enhanced re-release of the original. The best way to describe this in relation to the original Shadow Blade is that this is like returning to a piece of work completed a while ago, and doing some further work to it to improve it in some way. For example, one of my favorite bands, Fair to Midland, had a bunch of songs that appeared on earlier albums that they cleaned up and re-recorded along with new material for their major label debut, Fables from a Mayfly.

Now, I came in to Fair to Midland well after Fables from a Mayfly was released, so my emotional attachment is to the newer versions of the material. But for fans before, the ones they fell in love with were the original versions of the songs. And maybe the later verisons sound better over time, but there’s never that same emotional impact that comes from when you fell in love with the original. This isn’t always the case; modifications or alterations can reveal something that wasn’t there before, or help make something that didn’t quite work once now actually be pretty good. Like, there’s something about how progressive metal band The Contortionist plays live that trumps their recorded material to a dramatic degree. Sometimes a reworking can successfully defy established expectations and achieve a new potential. 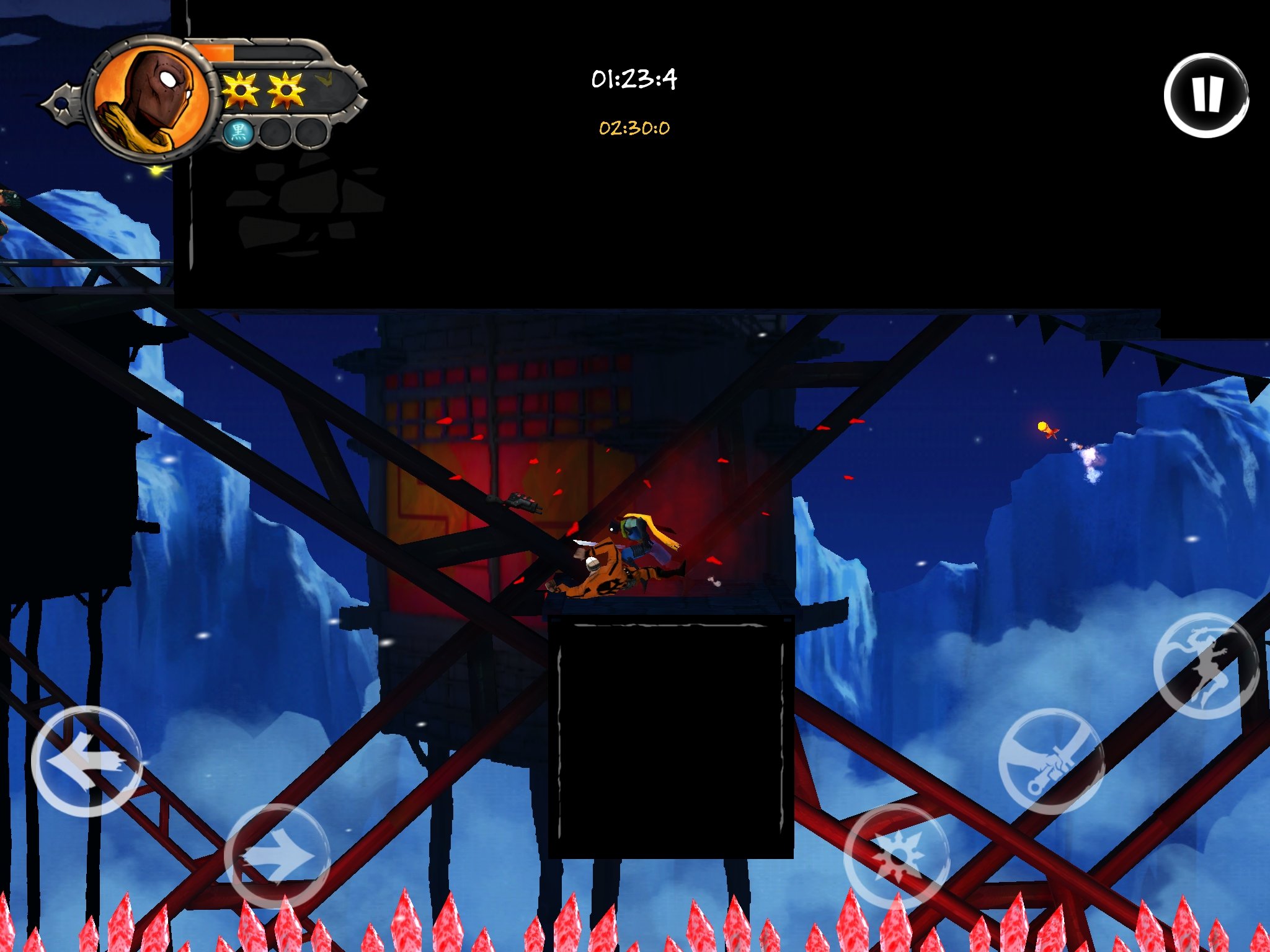 But part of the thing that’s special about the original versions is that they’re an artistic statement of a time and place. That can be the problem of remasters, remakes, and the like: you have to strike the balance between modernization and preservation. It’s difficult to pull off well. It’s what fascinates me about Kanye West tweaking The Life of Pablo up until it was released. It feels like the most immediate artistic statement that he could have made, compared to other artistic works that often have a latency between creation and availability.

So, having played and enjoyed Shadow Blade back in 2014, I feel weird approaching this. The original game was fine, not on the list of games that needed a revamping. And I know I’m not the only person who comes from this position of “why is this necessary?" The game was an Editor’s Choice back when it released, and got great critical reveiws. Its presence on iOS feels more like a “well, why not?" sitation versus actually needing to be released. The game has gotten a big revamping for release on console and Steam, and since it once released on iOS, hey, here you go. I guess if Reload was an update or a paid upgrade to the original Shadow Blade, we’d have no problem here with the project’s existence, but this is a $4.99 release separate from a game that was once $1.99. So it’s kind of an unusual proposition for veterans. 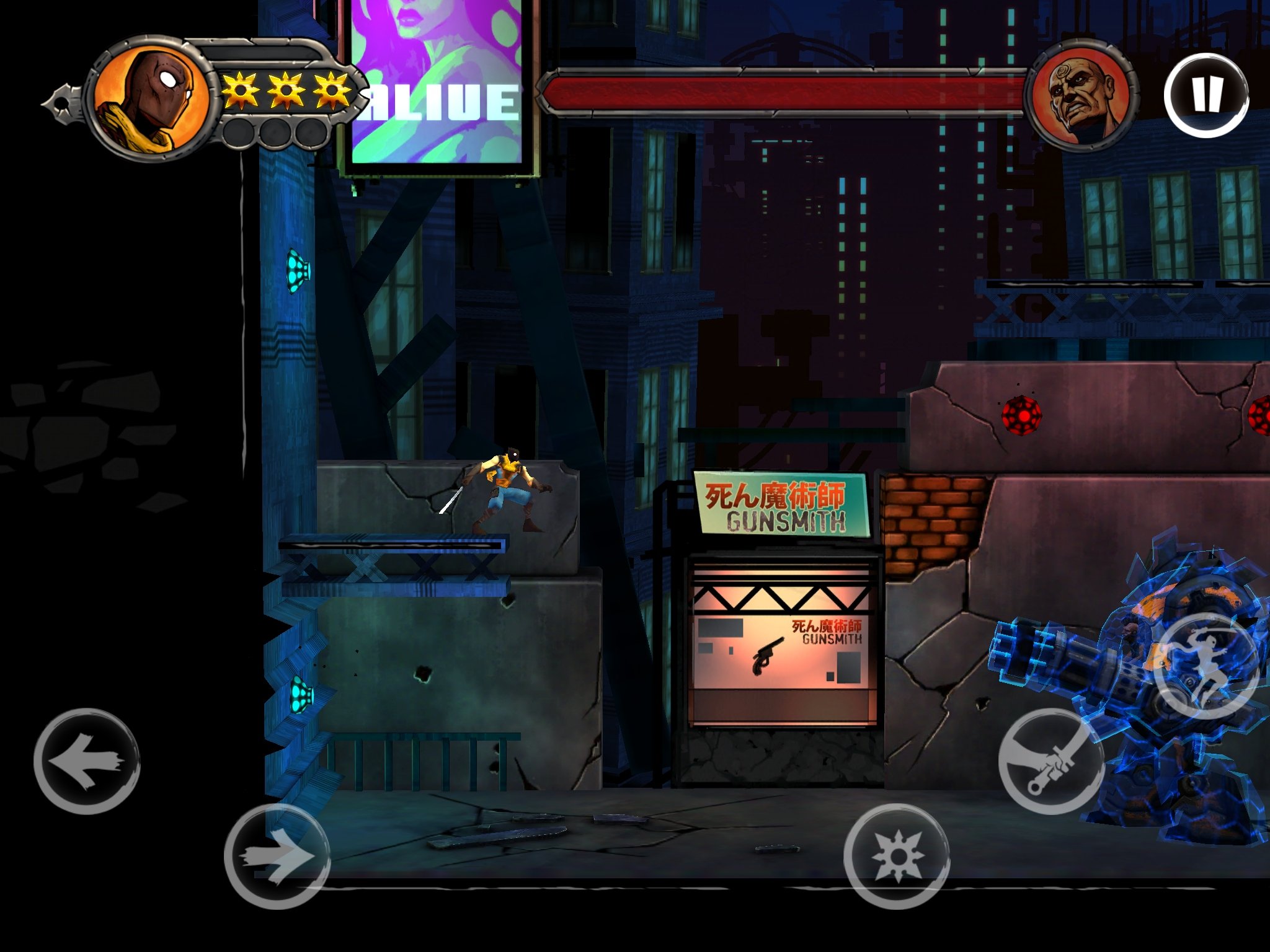 What’s new? Well, the game has been given a visual facelift. You can now fire shurikens that recharge throughout the level to get a distance advantage on enemies. The game now has a story with comic-book-style cutscenes. The story’s okay, inessential but not unwelcome. The levels are reorganized and revamped, along with new enemies and bosses. You’ll recognize certain parts of levels even if you haven’t touched the original game in a while, but there is plenty you haven’t seen – or at least forgot about.

But the problem is that the experience doesn’t feel fresh at all. The new stuff adds to the experience, but I forgot that shurikens weren’t in the original game, for example. And the whole thing is unrevelatory. Like, I’ve played this, I’ve done the walljumps before, I’ve enjoyed the stealth kills and dropping from great height to bop an enemy. And sure, the boss fights are fun to complete once you figure out the patterns and secrets, but I don’t think I’d miss them if they weren’t there. 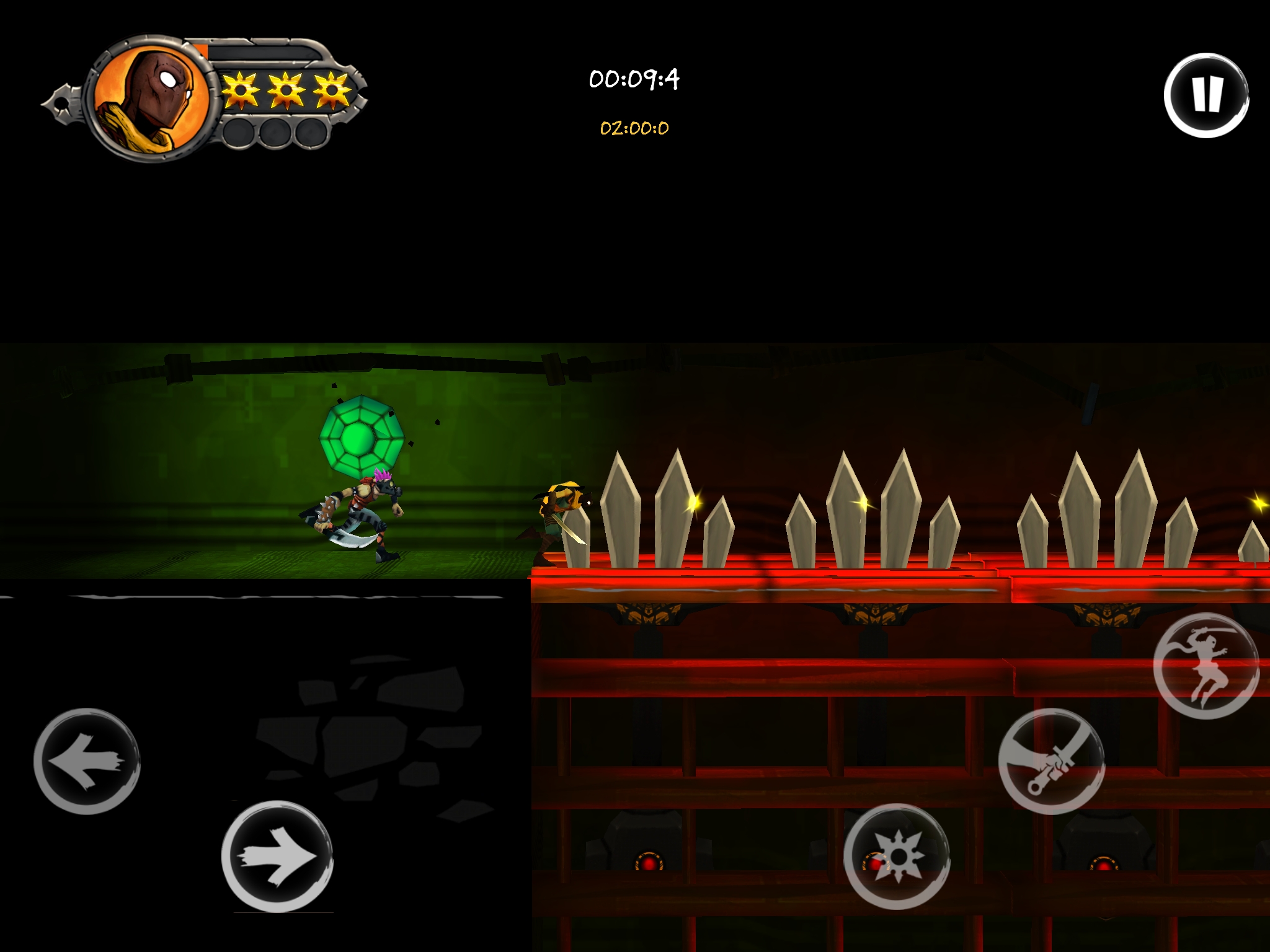 Playing through Shadow Blade: Reload, returning to the game after 2 years away, wasn’t an unpleasant experience. It’s still fun to be an acrobatic ninja and bounce around from wall to wall, pulling off tricky jumps to get optional items and to stay alive. There’s plenty of cool moments. But did I need to play this? No. And I think unless you really, really loved the original Shadow Blade, you can pass on this with ease. It’s just inessential for you.

But for new players, those who are playing this for the first time? I can recommend it. All the strengths of the original game are accentuated. The story provides for nice context to the action. The visuals are definitely improved. And all the acrobatic combat and speedrunning that you can do? It still feels great. The original game was so beloved because it did those elements quite well, and even going with default virtual controls and having 3 action buttons, it works well. This is still a good game, and the Reload additions have made it a better game. Not better to an exceptional degree, but still improved.

So, the long and short of it? If you haven’t played Shadow Blade before and want a game with acrobatic and gory ninja combat? Shadow Blade: Reload is a fantastic purchase, and worth the extra 3 bucks compared to the original game. If you have played Shadow Blade, I’d say your money is best spent elsewhere. The improvements are minor enough that you would likely enjoy a fresher experience unless you are dying to replay this.