Last May, DotEmu surprised us with an iOS port of Nihon Falcom’s Ys Chronicles 1 ($4.99), a PC remake of one of the best action-RPGs of the 1980s, Ys: Ancient Ys Vanished. Aside from a rough job on the English translation, the port came out surprisingly well. While the lack of an attack button has always caused some misunderstandings on other platforms, body-checking enemies into oblivion makes an awful lot of sense on a touch-screen device with no buttons to speak of. The game itself is just as great as it has ever been, with a blistering fast pace and amazing soundtrack that few other action-RPGs can match. The biggest downer of Ys Chronicles 1 is that it ends on a cliffhanger that leads directly into Ys Chronicles 2 ($4.99). The two games are frequently packed together due to their tight continuity and are best enjoyed as one complete adventure. DotEmu quickly confirmed the second game would be coming to iOS as well, and here we are.

Ys 2 picks up right where the first game left off, with Adol having been transported to another land thanks to the power of the Books Of Ys, a trip that leaves him fully exhausted. He’s found by some of the locals and nursed back to health just in time for the village doctor to go missing, and things roll on from there. The beginning section of the game should be quite familiar to those who played the first game. This is the same engine, after all. Down in the first proper dungeon area, you’ll come across some fire magic, and that’s where Ys 2 begins to diverge. While the first game’s boss battles involved patiently waiting for your chance to weave in, smack the boss with your sword, and get out safely, you’ll have to use completely different tactics this time around. The good news is, you have a ranged attack that is effective against all of the bosses. The bad news is, it’s pretty much the only thing that is effective against them, and they’re packing a lot more heat this time around. 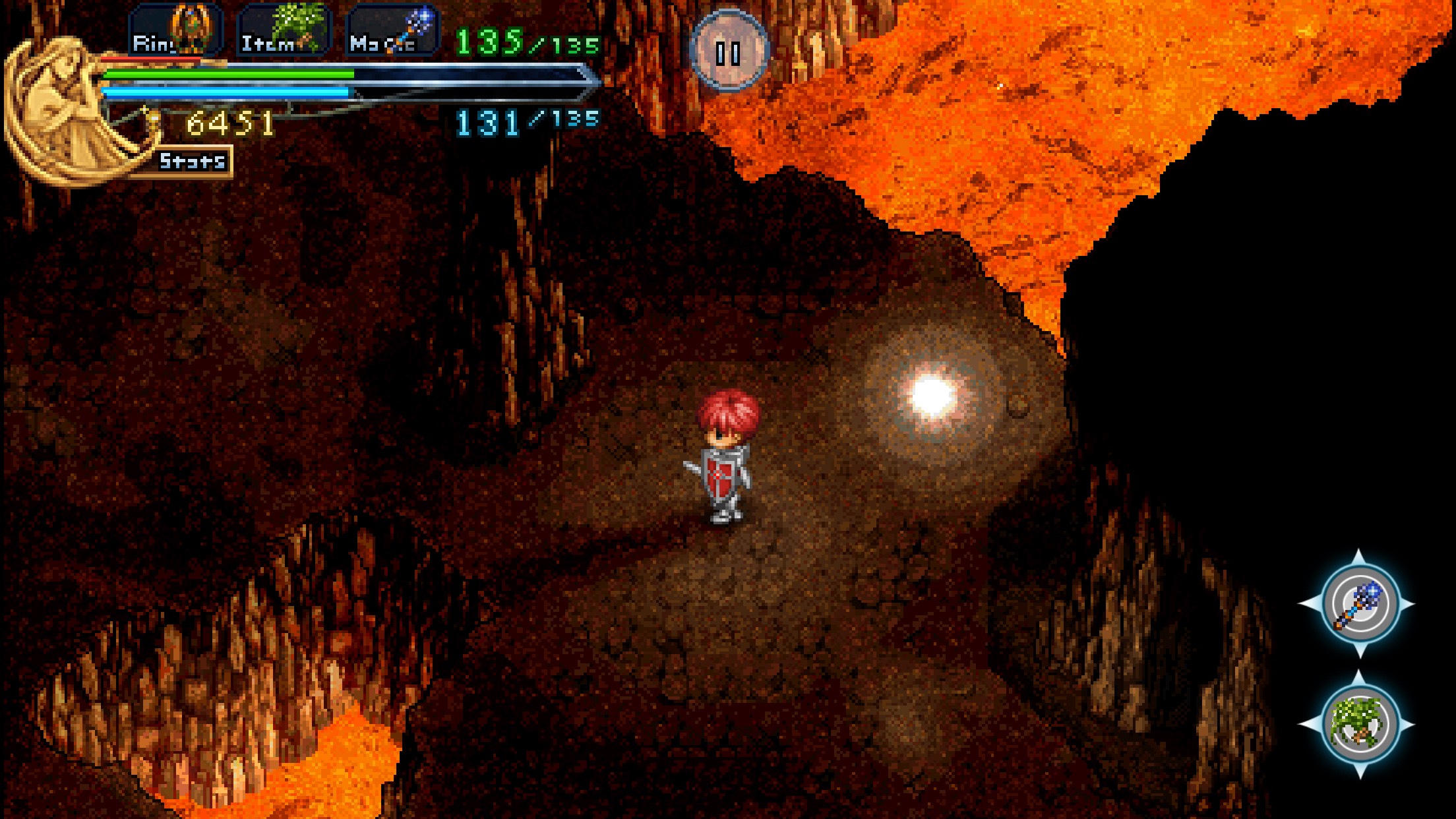 The fireball spell isn’t the only magic Adol can learn in this game. You’ll also get spells to generate light, warp back home, transform into a monster, and a couple of others I won’t spoil. As in the first game, there is also a large list of items to collect, along with several sets of equipment. There are quite a few more restorative items this time around, likely due to the absence of the easily-abused healing ring from the first game. Even better, you can use items during boss battles as long as you equip them before going in, so if you’re having a lot of trouble beating any of the nasty beasties, you can always head back and stock up on pies. That’s what a true hero would do, anyway.

There’s a lot more variety in the locations in Ys 2 compared to the first game. You won’t spend half of the game in one tower this time, I promise. It’s a bigger adventure, too, running about 50% longer than the first installment. There are more things to do in the world, too. Villagers have side-quests you can complete to earn more money or items, and each character in the game has a collectible version of themselves you can earn. From monsters, you’ll earn them just by killing enough of them, but for the villagers, you’ll have to befriend them by giving them gifts like apples and flowers. You don’t have to do any of this, and there’s no special reward for completing the collection, but it’s a fun extra if you want to squeeze a bit more out of the game. 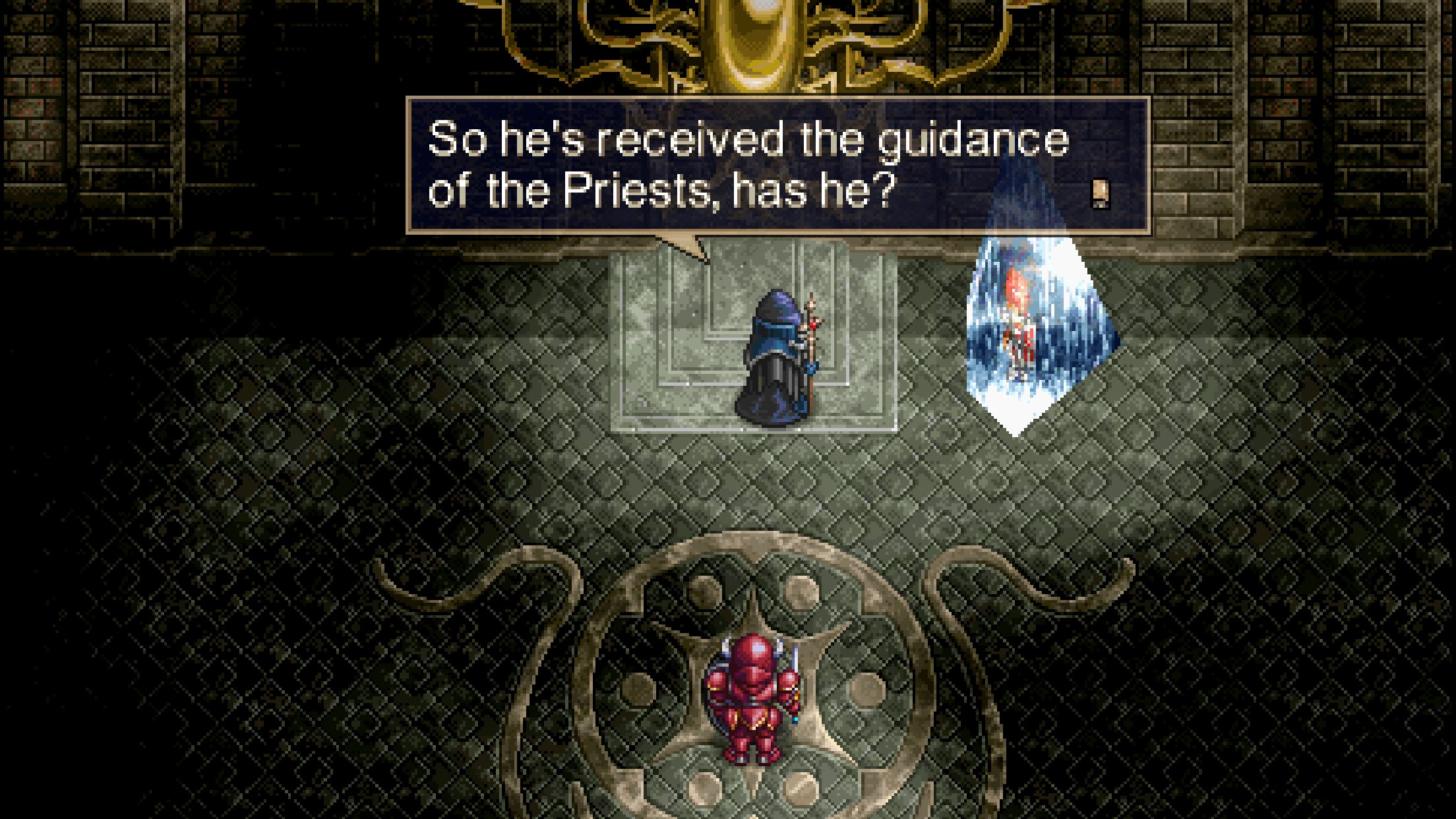 On the whole, Ys 2 is an easier game than the first one, but it can still be quite challenging. You’ll have to master the odd off-center nudging attack to ensure you aren’t taking too much damage from regular enemies, and if you don’t learn the patterns the bosses use, even the easiest of them will make mincemeat out of you. Unfortunately, this mobile port adds an extra layer of difficulty, depending on how well you can manage Adol’s movement with the virtual stick. As I’ve already mentioned, the bosses can usually only be hurt by your fire magic, and the windows of vulnerability for getting shots in can be quite short on some of the bosses. You don’t have much time to aim your shots, and Adol moves so quickly when the stick is nudged that it’s tough to get him pointed in the right direction fast enough. This is mitigated somewhat by charging the attack up, which gives it a wider area of attack, or by collecting an item that helps your shots home in a bit. Nevertheless, this is one area where the mobile version has issues other versions don’t have. If you have an MFi controller, you don’t need to worry about this at all, of course.

If you can learn to deal with that snag, this port is in all other respects excellent. It has all of the options of the PC version, including different soundtracks and graphics modes, a time attack mode, and four difficulty settings. It runs smoothly, the music and sound effects sound great, and the UI changes for touch controls are welcome. You can make manual saves anytime you want, and the game also makes autosaves at frequent intervals. DotEmu obviously heard the criticisms about the translation quality in Ys Chronicles 1, because the localization in Ys Chronicles 2 is done well and has none of the odd text bugs found in the first game. 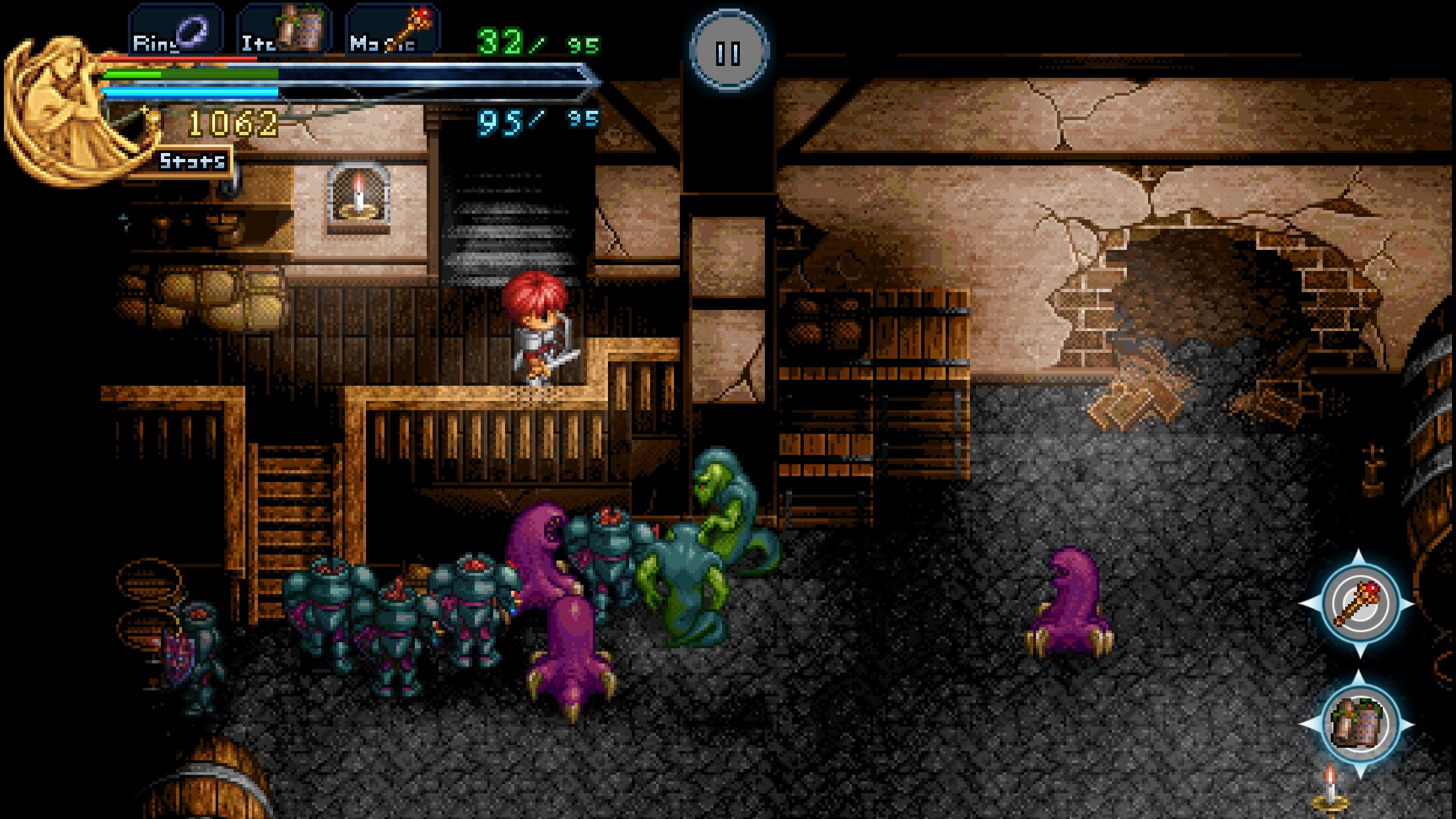 Ys Chronicles 2 is another quality DotEmu port, and the game itself is a genuine classic. While the virtual controls can be a bit of a bear in certain situations, it’s nothing a little practice can’t overcome, and it’s worth it just to see this amazing action-RPG through to its end. If you enjoyed the first game on iOS, you will enjoy Ys 2 as well. If you didn’t, this is similar enough that it probably won’t change your mind. If you haven’t played Ys Chronicles 1, I’d recommend doing so before tackling this game. You’re meant to have played it first, both for the story and in terms of what it teaches you about the gameplay systems. But make sure you come back to this one once you’ve finished, because Ys 2 ups the ante in some very satisfying ways, making for one of the most action-packed games in the genre you can find on iOS. Now, let’s cross our fingers for Ys: Oath In Felghana next.