Dark Matter Gaming and Sidekick Games has soft launched Deminions Unleashed in Canada, a turn-based game of flinging monsters around. You assemble a team of Deminions, launching them around arenas to hit enemies with turn counters, using walls to help get you combos, and launching through your teammates to raise their mana to deploy special attacks. You’ll collect and evolve your various Deminions as you progress through the game, forming the best teams possible. 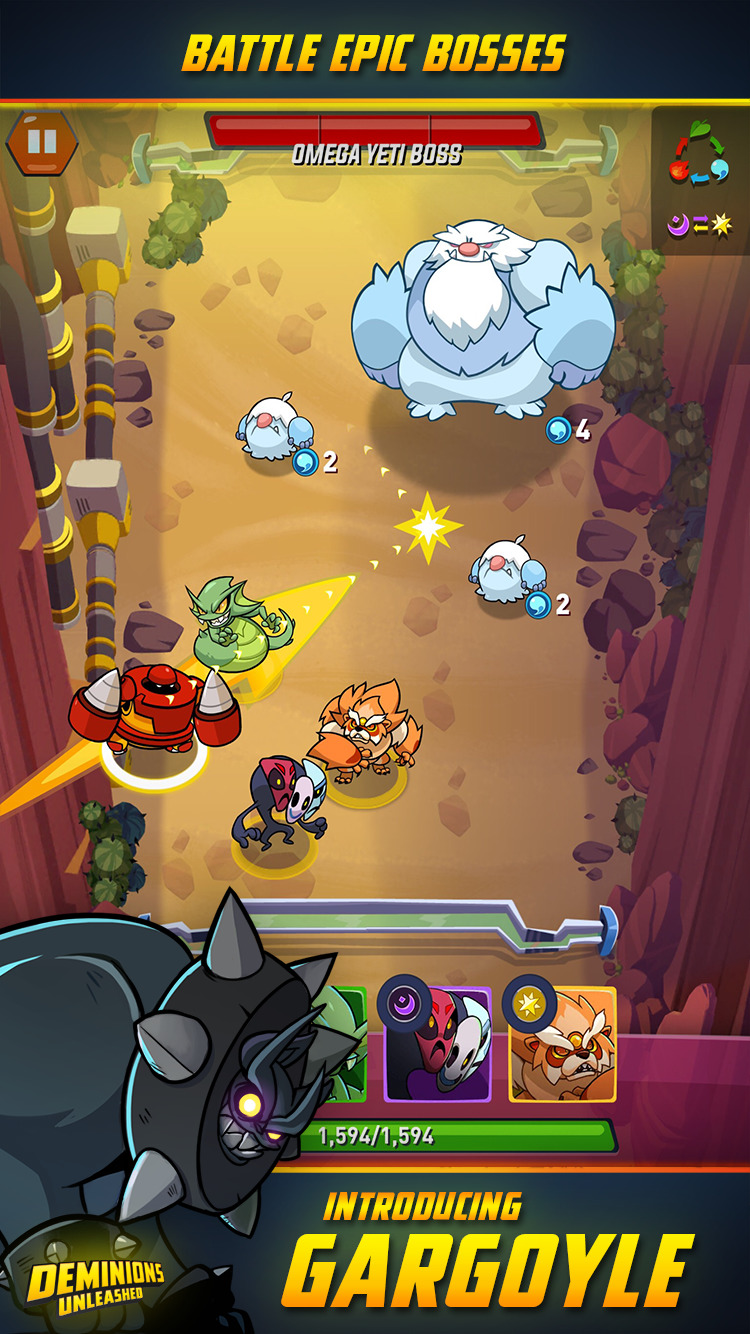 The game has some definite similarities to Monster Strike (Free) and even the canceled Supercell game Smash Land. Monster Strike‘s success in Asian territories has to be intriguing to developers who feel like this model should work elsewhere, though success in the west has been fleeting for the Monster Strike model. What’s interesting is that there’s possibly a Rovio connection to this one, as the game’s description says “This game may include…Advertising of Rovio products and also products from third parties." Other Rovio games have that legalese, and there’s otherwise no obvious Rovio connection. So hmm, maybe there’s something going on here that we don’t know about. Otherwise, it’s pretty entertaining, so drop in the soft launch thread on our forums to chat about this one.