Growing up, some of my favorite games were adventure titles. Ones you could just get lost in, exploring an uncharted and dangerous world. There was something so unique about those experiences — where you had no concept of what to expect, and no knowledge of where to go. It helped prepare me for games like King’s Field and the Souls series, and I’m always grateful that developers were making games like that, testing the boundaries of the unknown. That’s partially why Captain Cowboy (Free) is so great, as it captures the essence of so many of those bygone classics while sticking to a tried and true adventure formula.

Tossed into an unknown world, the titular Captain is placed in unfamiliar territory. Right away I wasn’t exactly sure what to do, and that’s a pretty rare feeling in this era of obscene tutorials. I came to realize that diamonds were some sort of score element, and progressing to the edge of the screen triggered a transition to the next area. Now we’re in business. 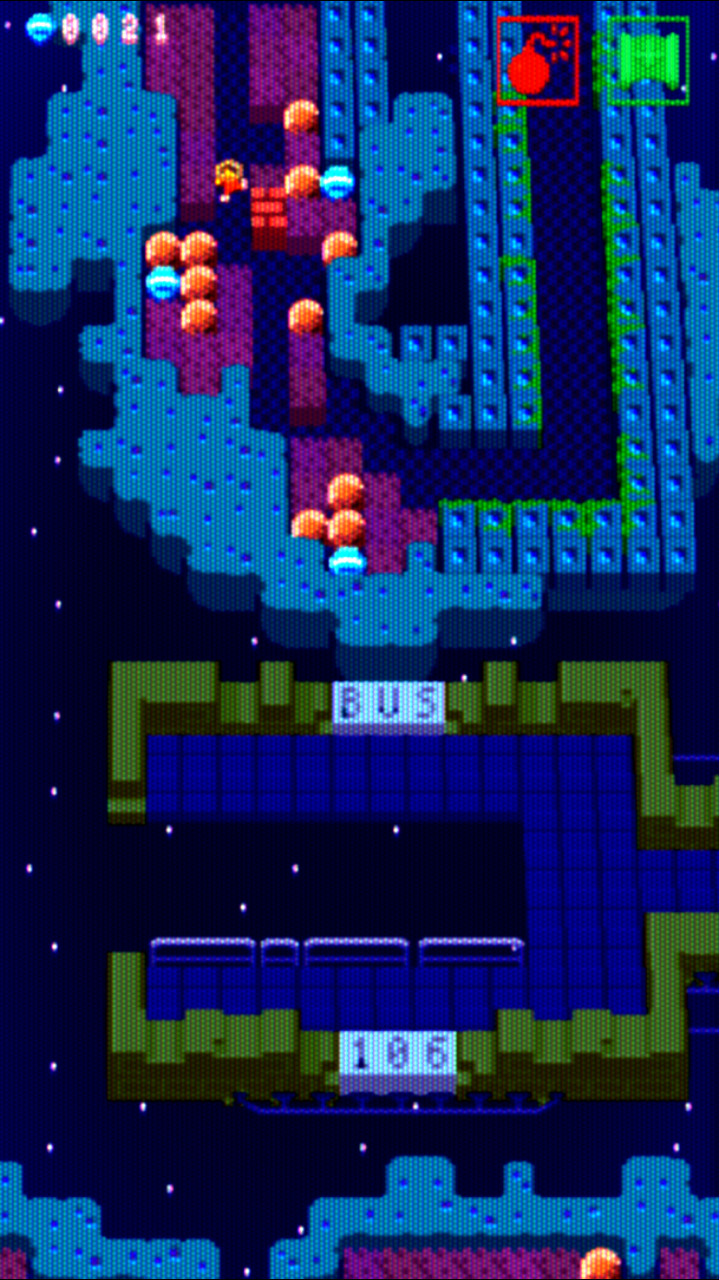 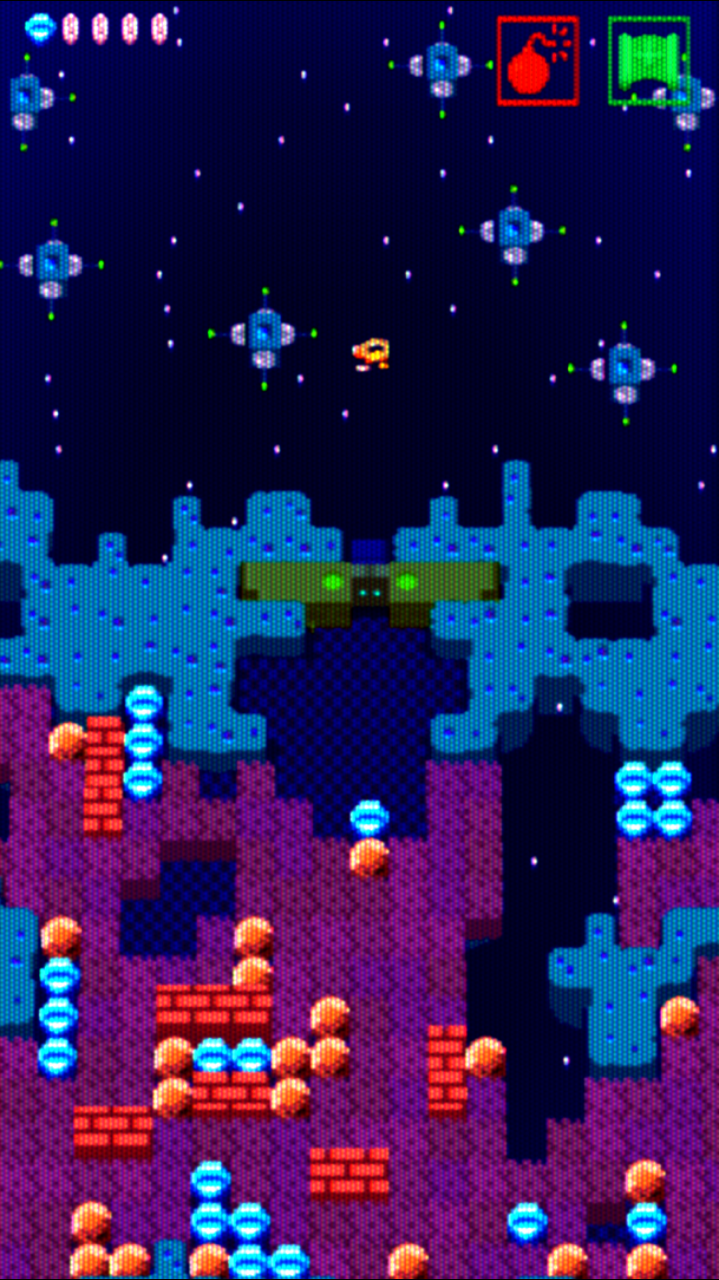 Learning the ins and outs of the environment is key. You can dig through areas of dirt, but some house boulders, which can be dropped strategically to open new areas, or simply fall on your head. More concepts open up as you play, all of which have their own rulesets attached. Enemies will seek you out, lasers will try to block your path, and the environment shifts to accommodate these changes as well. Truthfully I would have been fine if the game was primarily based on the starting area because of how well it’s done, but variety is the spice of life, after all.

Control-wise, it’s relatively easy to move around. Tapping isn’t necessarily ideal as it can move you in different directions if you tap incorrectly, but pressing and holding works like a charm. It’s a tad annoying that it can be tough to get around depending on the circumstances, but I got used to the scheme in just a few minutes, and rarely had any major deaths as a result of tapping.

And really, that’s all you need to do here is move around, lest you want to start over an area by pressing the giant bomb icon in the corner (said bombs can also be used as an item). There’s also a map available with the press of a button, and that’s about it — for the rest, you’re on your own.

Captain Cowboy is a sight to behold from a visual standpoint, as it evokes the feelings of classic PC games, but it manages to maintain its own aesthetic that fits very well in the mobile arena. This is especially evident once you make your way through the game and realize that every map is actually static. It ensures that every player is going to get the same pristinely crafted experience, but if you’re expecting randomly generated dungeons, you may want to look elsewhere.

If you’re an old school gamer at heart, you really can’t go wrong with Captain Cowboy. The developers have done a great job of preserving the retro experience, complete with a lack of intrusive IAP and an awesome visual style and score. You’ll have lots of fun getting lost, which isn’t something you can say very often.