Space Grunts is basically what happens when the fast-paced action-roguelike gets shifted into a turn-based game. It’s got all the hallmarks of similar games, where resource management and survival are key, with plenty of randomized elements; the hook instead is that every step you take and action you make is set to a turn-based system on a grid. While the game has largely been in development on desktop, don’t fret, mobile gamers: the game is coming to mobile and I’ve gotten to go hands-on with an advance build of the game ahead of its early 2016 release.

What’s really compelling about Space Grunts is that it manages to feel a lot like a real-time, fast-paced action game, despite being turn-based. This is thanks to the game allowing for fast movement, but also by making the action feel good. Explosions come with screenshake. You have opportunities for cool moments, and tactical dodging of opponents. What you trade in speed, you get back in tactics. It’s a tradeoff that works really well. 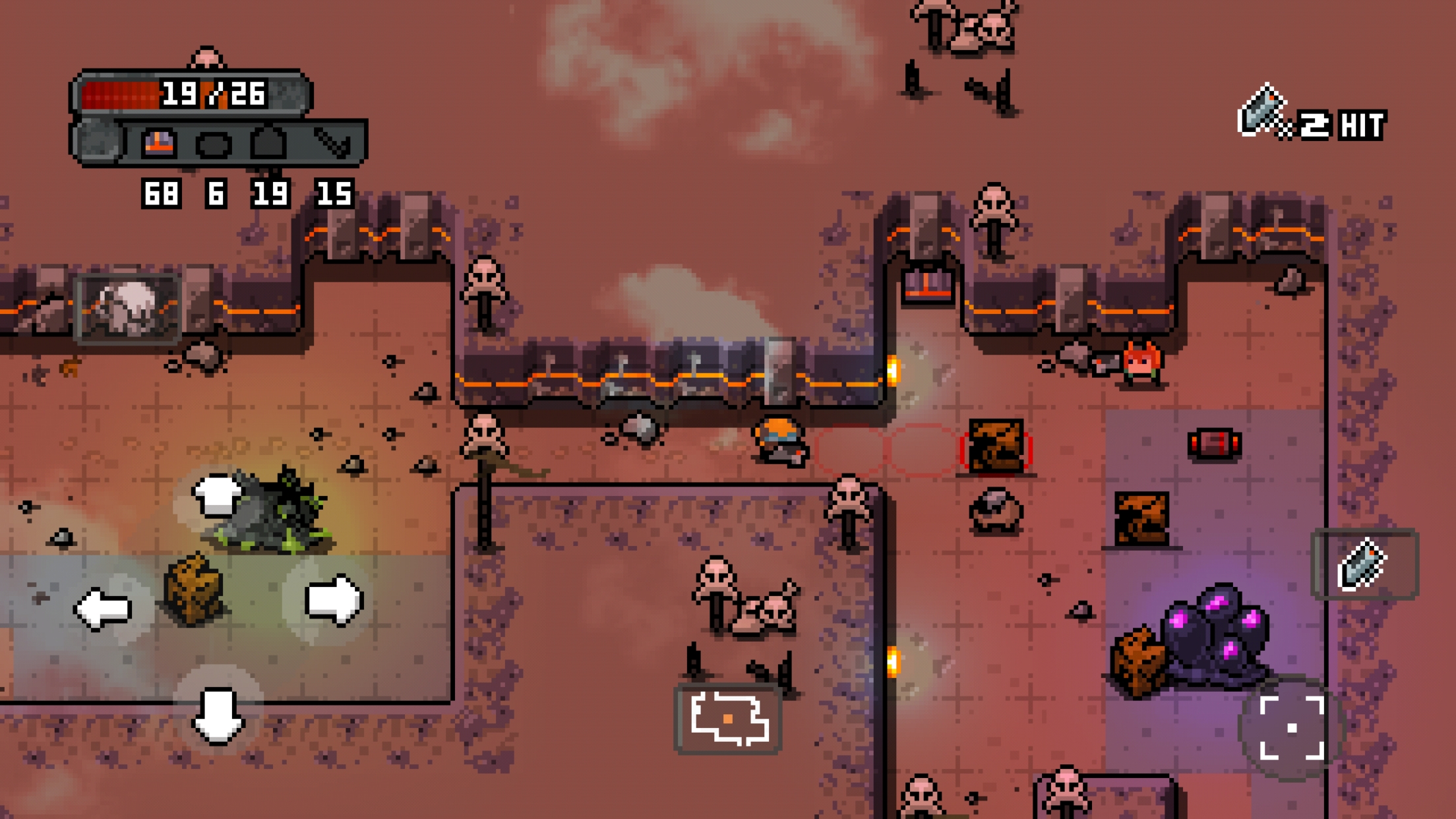 The thing I’m finding with ammo is that while it’s easy enough to aim shots thanks to the game being on a grid, with the specific aiming indicators showing each weapon’s blast radius. But you don’t want to go along just using your basic shots all willy-nilly; you can run out of ammo later on if you’re not careful. Maybe you have fewer of the frag grenades and plasma shots, but one plasma shot that can take out several enemies will save you several bullets down the road. Boxes may contain goodies, but they also might not, and might not be worth the bullet cost. Heck, even a row of boxes is worth a plasma shot; the crowbar might seem useless, but for busting up boxes without wasting more valuable ammo, it’s great.

The balance of the game could be tweaked a bit. Many enemies for a large chunk of the game are one-hit kills, so often you just need to line them up and take them out; I think the game takes too much time introducing more challenging enemies. The base weapon is very powerful for some characters, and it doesn’t really make the other weapons feel special, though their ammo is more limited to a satisfying balance. 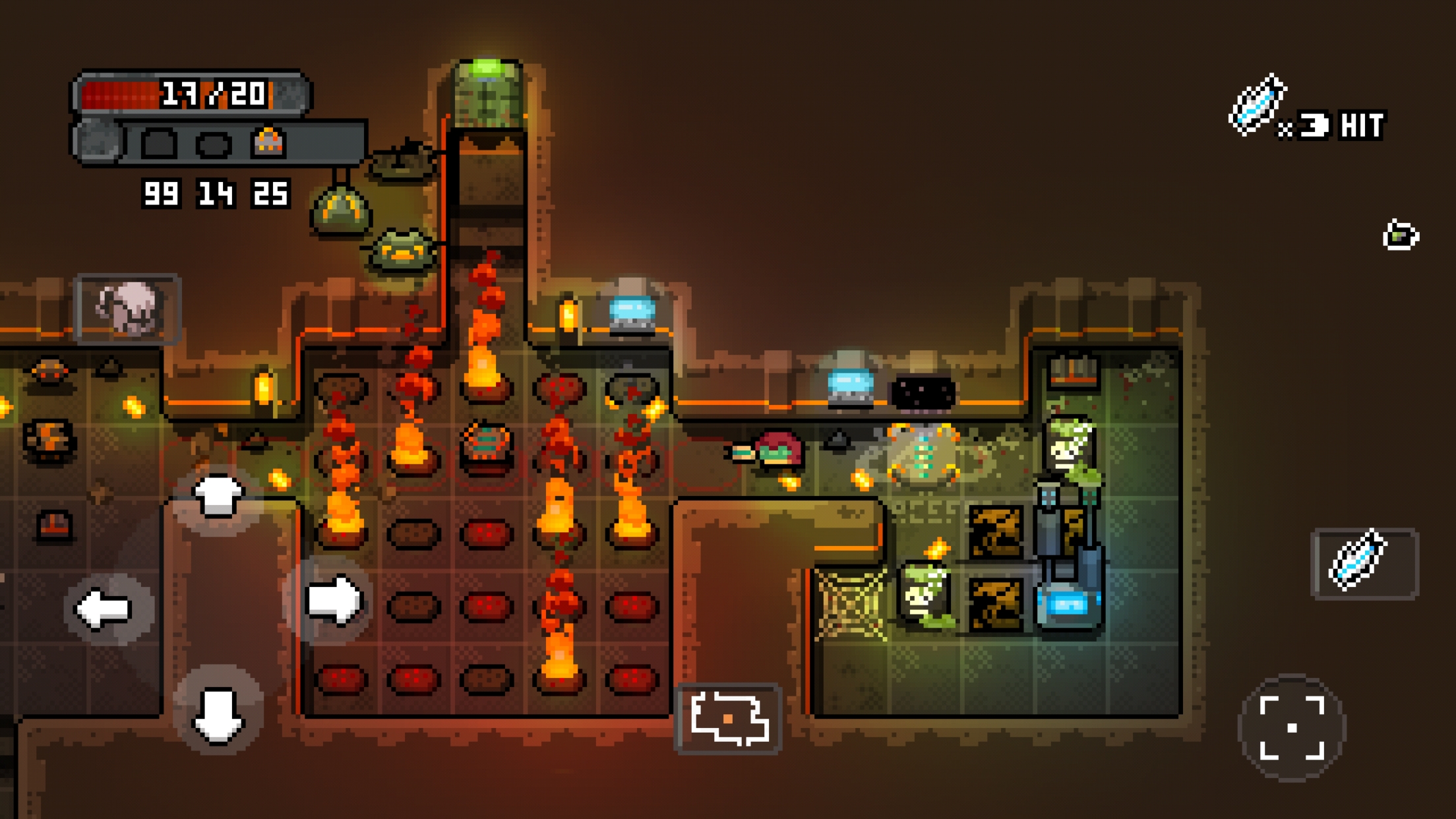 I have two concerns about Space Grunts as a mobile game going forward: one, I think the pace of the game does suffer a bit without a controller. Being turn-based, it works perfectly fine with touch controls, but it’s easy to see where the game could play a bit quicker if you had the definite tactility of physical controls. And no, MFi controls aren’t implemented in the game yet, though I’d be shocked if they weren’t at some point. Second, the game’s session length will hopefully be mitigated by a save-and-continue feature being implemented at some point. Otherwise, you might have to sit and play for a while and worry about losing progress on a good run. Hopefully that’s on the way too. This game has been in early access on desktop for a few months now, so it’s easy to see where the development might have tilted toward that platform as opposed to mobile, but I figure that will be sorted out in the long term as the game is finalized for mobile.

Orangepixel is a really interesting solo developer because if you compare his games from the early days of the App Store to the ones he’s working on now, they feel like they’ve come so far and show such incredible promise to the point where each game could be better than the last one. We’ll see how the development of Space Grunts finishes up, but it could just prove to be Orangepixel’s best game when it releases in early 2016.