Based on a novel by Russian author Dmitry Glukhovsky, Metro 2033 has quickly become the video gaming world’s third-favorite post-nuclear-apocalypse setting, give or take a rank or two. Set in a world where a nuclear war forced Moscow’s survivors to live in the underground subway stations that sprawl out under the city, it’s a setting ripe with possibilities for games. Ukrainian developer 4A games apparently felt it would make a good first-person shooter, and they proved themselves right in 2010 with the release of Metro 2033 on Xbox 360 and Windows PCs. That game was followed by a sequel called Metro: Last Light, and I’m quite sure we’ll be seeing more games coming in that particular series. Russian developer DaSuppa and publisher TapStar Interactive seem to have come away from the book with a different kind of game idea, perhaps figuring that the struggle for resources and sprawling map filled with nodes would make a good strategy game. They weren’t wrong. Metro 2033: Wars ($5.99) is awfully rough around the edges, but it’s at least worth checking out for patient strategy fans who are looking for a lighter bite.

That’s not to say that Metro 2033: Wars is easy or simple. On the contrary, it starts throwing fastballs at you fairly early on, and it does such a lousy job of teaching you its mechanics that it will likely take you a while to come to grips with the game’s flow. Once you do, however, there’s generally less to keep tabs on or worry about compared to similar strategy games. Basically, you start off controlling a tiny, out-of-the-way station on a very large map, with your broad goal being to survive and thrive among rival factions who are trying to do the same. You’ll want to take over as many stations as you can, build utilities to keep everyone fed and armed, and try to recruit new members to your cause. You’ll want to do all of that without being squashed by any of your neighbors until such time as you’re ready to squash them. Diplomacy only comes in two flavors in Metro 2033. You can bribe other factions to keep the peace, or you can declare war. Well, it’s hardly the United Nations. 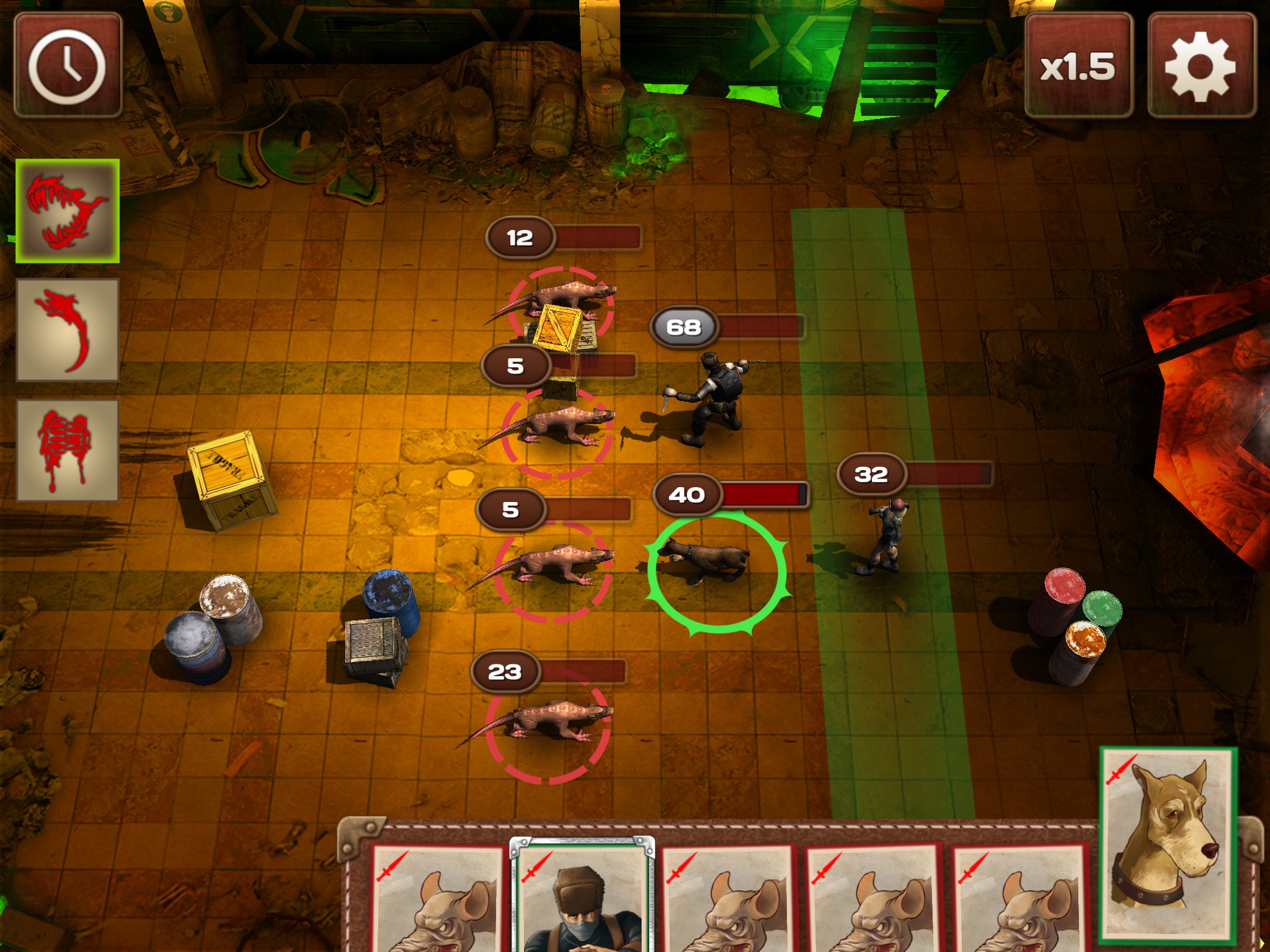 Should things come to blows, and they will quite frequently, you’ll get to enjoy some reasonably straight-forward turn-based battles. The battlefield is a grid, with your squad on one side and the opposing force on the other. When their turn comes up, each of your characters can perform one of their moves, a selection that grows as they level up. Any character who falls in battle dies, taking their experience and levels with them, so there’s a strong incentive to figure out the best strategies for winning. Either that, or make liberal use of the save function. It’s up to you. While you can easily hire more people for your team, losing a few key members of your team can easily leave you in a situation that’s hard to get out of. Mind you, so can making mistakes like leaving stations poorly defended, not paying proper attention to resource generation, and wasting turns inside or outside of battles. Yes, this is one of those games where you’ll probably have to start over a couple of times before you make a proper go of it.

While the game offers up a tutorial, it packs in a little too much too quickly, and leaves out the most important explanation: how to actually survive. When you start the game proper, you’ll have a little breathing room to get set up, but when the hammer falls, it falls hard. Even in little ways, Metro 2033 can be unfriendly to the beginning player. You might expect to see what an ability does by tapping on its icon in battle, for example. That information is unfortunately only available by long-pressing on the character, however, something the game isn’t clear about at all. While the developers try to coach you into doing what you need to by giving you bread-crumb style missions to complete, it’s not easy to understand how to actually complete some of them until you stumble on the resolution. These are problems that mostly fade once you get the hang of the game, but Metro 2033‘s gameplay doesn’t make a great first impression. 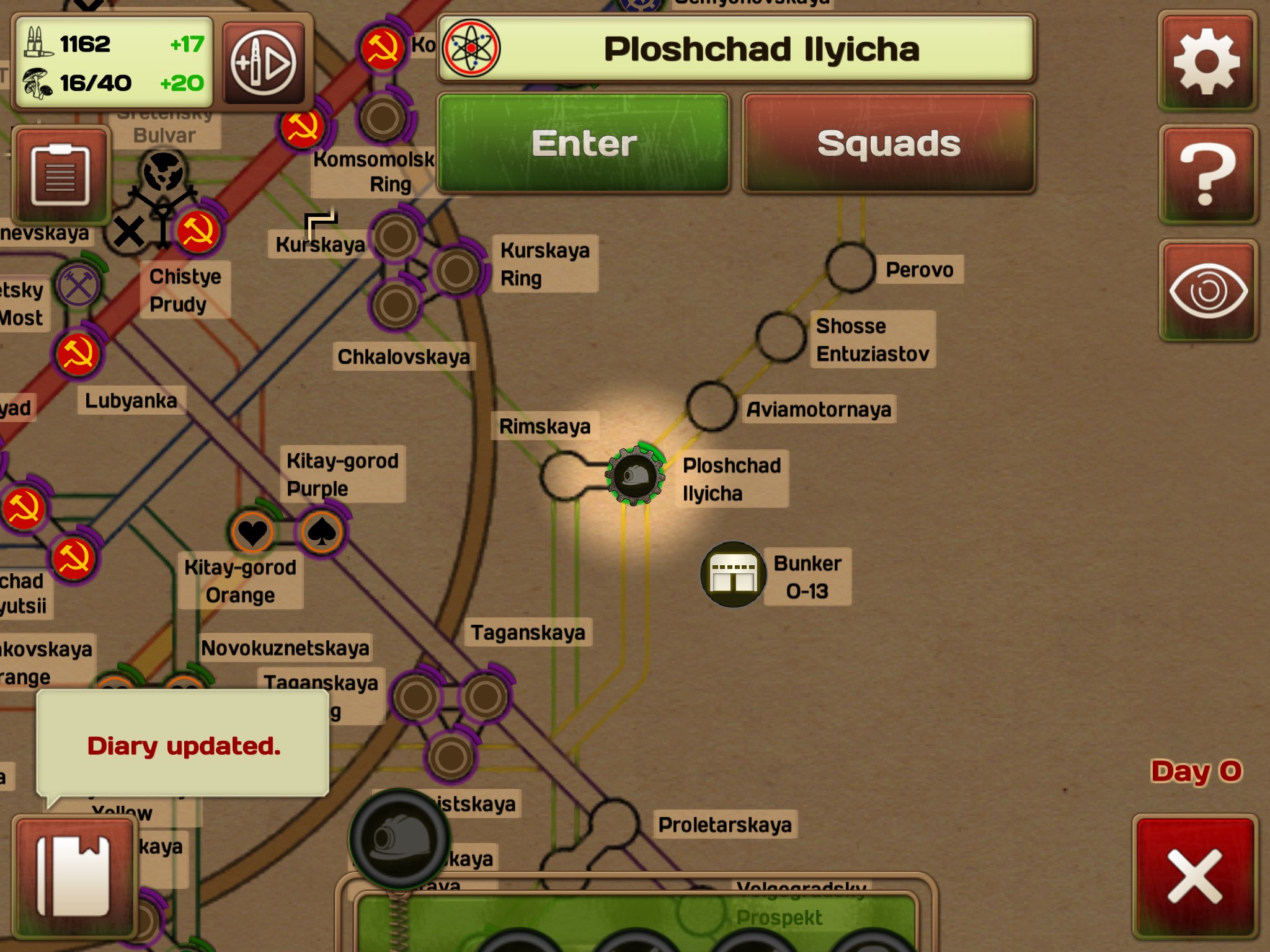 Apart from a few odd choices with the user interface, the presentation fares a bit better. Battles are presented in decent-looking, if stiffly-animated, 3D, and the map of the metro is more or less exactly that. The music and audio effects in general are a bit bland and forgettable, but they serve their role. Again, there’s a learning curve involved with the UI, but once you’ve spent some time with it and learned where everything is, it’s all pretty simple to navigate and makes decent enough sense. I’m a real fan of this setting as the backdrop for a strategy game, too. Many games in this genre make use of a node system with a bunch of specific locations that connect by single roads and so on, but it makes an awful lot of sense here.

Veteran fans of the 4X genre might find Metro 2033: Wars to be a bit too simplified for their liking. The AI isn’t very good at reacting to the player’s actions, and concepts like diplomacy and research are either scarcely found or not included at all. This game is more of a turn-based strategy RPG with light 4X elements sprinkled in than anything else. In that capacity, it works well enough, but I’m not a fan of its rocky progression. Lacking a strong AI, the game approaches difficulty by sucker-punching the player for not following a plan that they can’t see in advance, and mistakes are punished very harshly. Thus, the least frustrating way to play the game is to save constantly and hope you don’t paint yourself into a corner. That’s a poor way for a game to play out, in my opinion. Since it doesn’t have difficulty settings, a multiplayer mode, or really any options at all save language selection and sound volume, the whole game rests on the default single-player mode being satisfying. Unfortunately, the way Metro 2033: Wars is set up, it can’t always live up to that task. 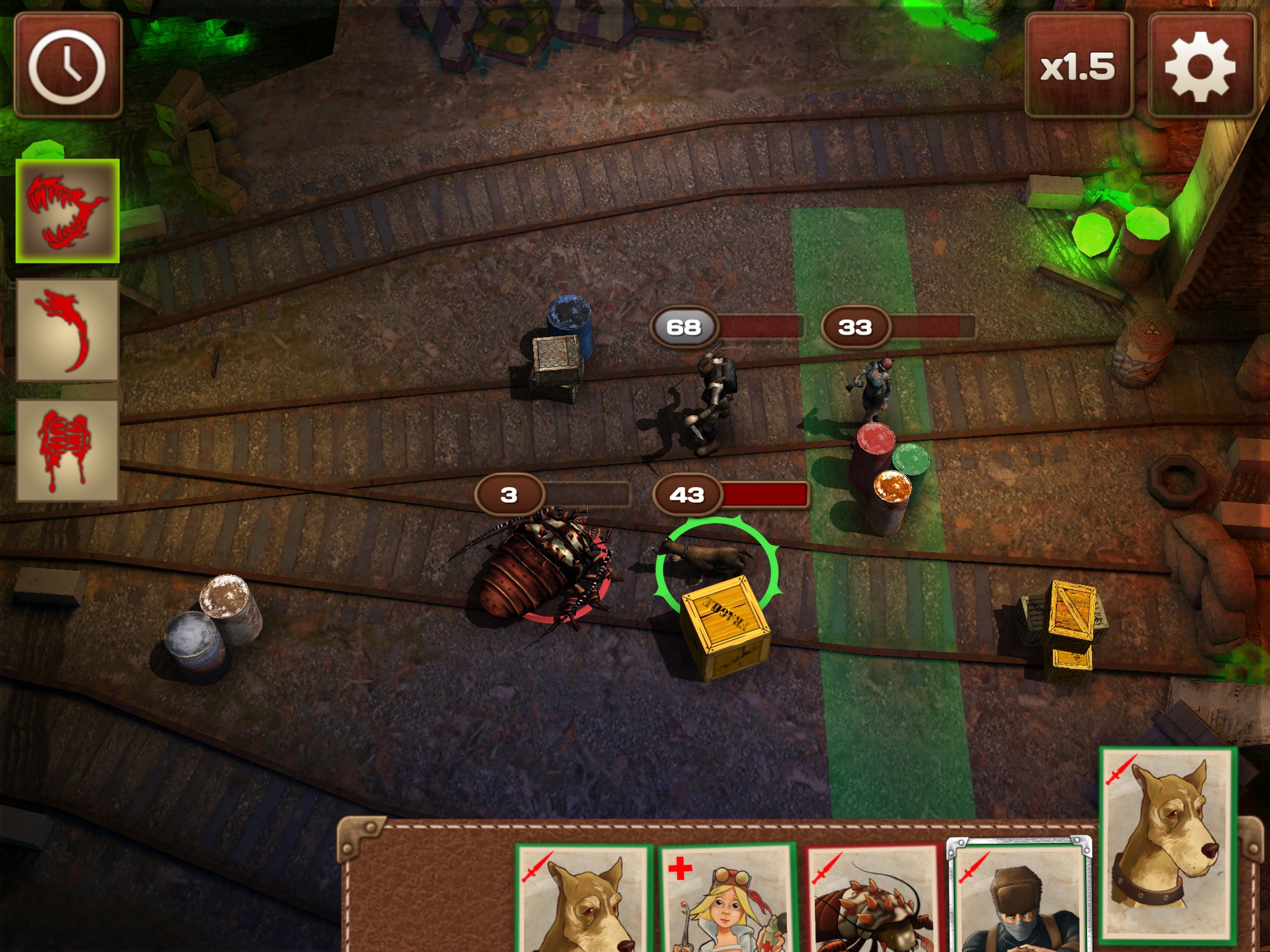 If you’re the patient sort and find the setting attractive, you’ll probably enjoy Metro 2033: Wars well enough. The initial complexity masks a game that isn’t nearly as deep as it seems to be trying to be, but there’s a lot of joy to be found in working your way from station to station, controlling an ever-increasing web of bases for your faction. Veterans of the genre might find the lack of difficulty options and weak AI to be points of concern, while newcomers are likely to hit a wall fairly early on. If you can tolerate the initial confusion, though, Metro 2033: Wars does have some enjoyable surprises to share, and unlike most surprises you get in the subway, these ones are mostly welcome.