I make a terrible Arthur. It’s not something I’ve had to put much thought into in my life, so I wasn’t actually aware of that particular gap in my skillset until I played Pendragon Rising ($3.99), the latest release from prolific interactive fiction publishers Choice Of Games. This adventure sees you guiding a young Arthur (or Arta, if you’d prefer to play a woman) as he returns to Briton from a seven-year stay in Rome. Your parent, the ruler of Gwynedd, is seriously injured in a battle with the leader of the invading Saxons, and the matter of their succession will determine the fate of Gwynedd and Briton itself. There’s a rightful heir to the throne, and you technically aren’t it, but as is often the case with stories based on the Arthurian legend, things get complicated fairly quickly. 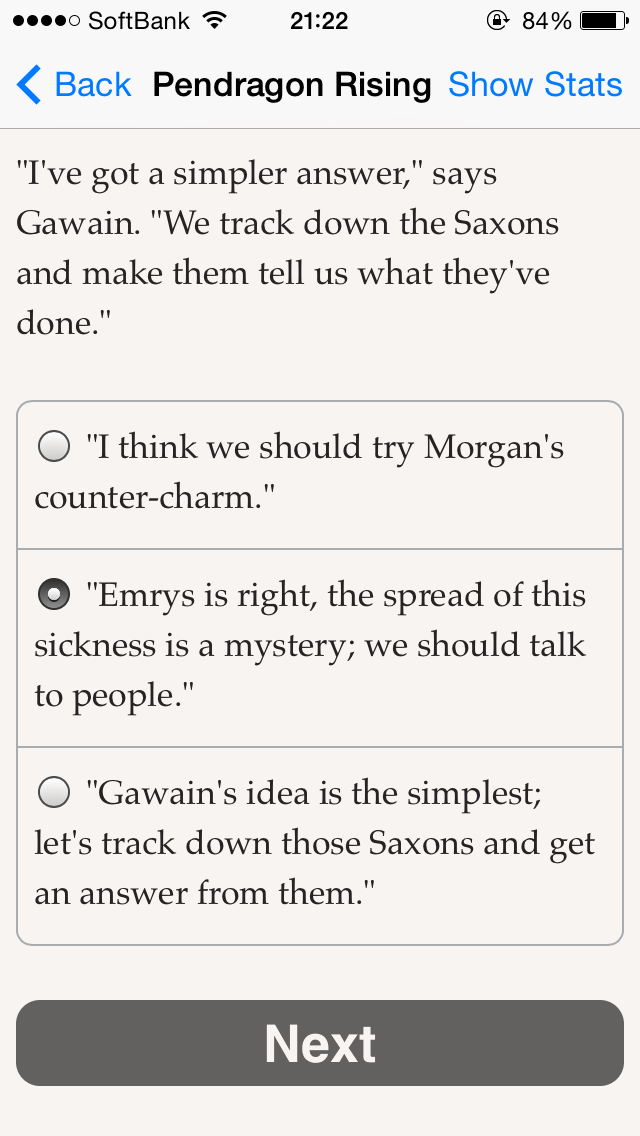 Before we go even one sentence further into this review, I want to come right out and say that my knowledge of the Arthurian legend is limited to mostly the mainstream works based on it. I suspect people who take this topic very seriously might be howling at the liberties Pendragon Rising takes with the characters and setting, but I’d be hard-pressed to spot exactly where it goes astray, so I’m not going to spend much time on that exact subject. I can speak to the quality of the writing, however. Author Ian Thomas has done fine work here, handling quiet character moments and action scenes with equal strength. The cast of the story is quite large, but Thomas manages to imbue each one of them with a voice so distinct and full of personality that I would be able to pick out who is saying what even without names.

It’s an excellent story, but as a game, it’s quite different from the usual fare we see in the Choice Of Games engine. It’s possible to die, and somewhat easy if you go too far off the path. You’ll have to play the right choices if you want to see your hero through to their canonical place in fictional history. That gives the game a bit of challenge compared to many other recent releases, but it also puts a lot of limitations on how much you can shape the story.

The goal of Pendragon Rising isn’t really to put yourself into the game and react the way you would, but rather to be the best Arthur (or Arta) you can possibly be. If you behave too differently from how Arthur would have, your odds of running into an early ending increase dramatically. You can control to an extent what kind of personality your main character gives off, but the road to success is more narrow here than usual. Broker alliances, try not to get killed, and maybe you’ll make it to a good ending. 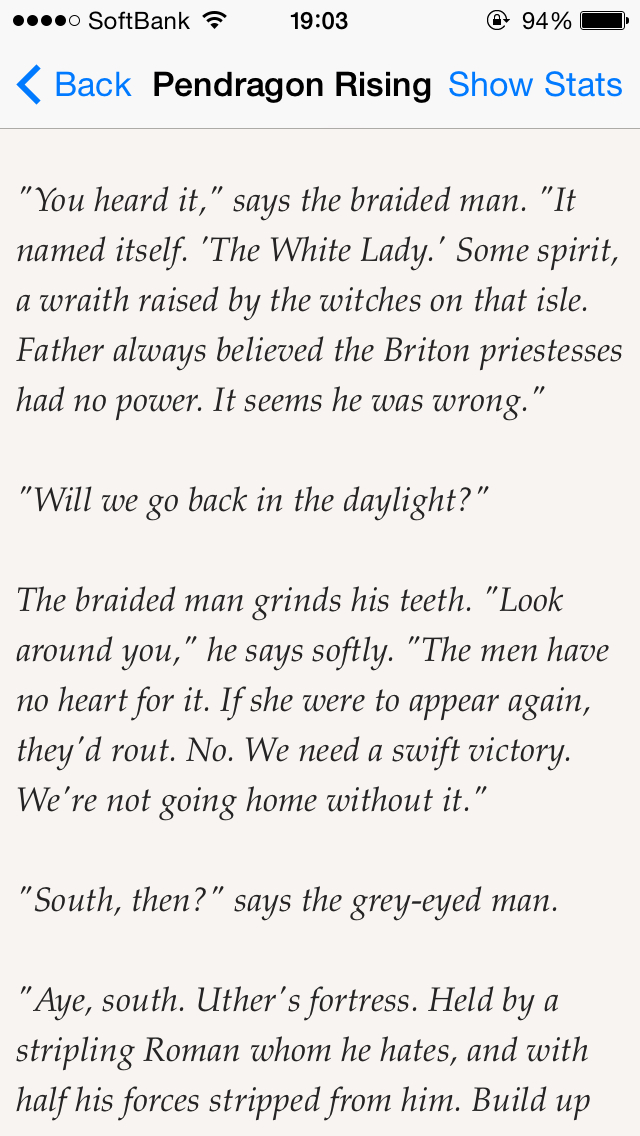 I had a lot of trouble finding the right way to proceed at times, to be honest. Being a leader sometimes involves dirty business in Pendragon Rising, and honesty is rarely the best policy. I suppose that’s reality for you. There are also a fair few false choices, where virtually the same page follows no matter what you choose. Characters will proceed in a way contrary to what you picked, or other characters will react in way that is clearly covering the outcomes of two or more choices.

That’s going to happen to an extent in almost any branching story, but it was noticeable at times even on my initial playthrough of the story, which is the one time where the illusion ought to hold together. This made it feel like my choices didn’t matter unless I hit on the specific one that worked, and the awkward one-size-fits-all behaviors made to cover multiple selections broke the story’s immersion badly in places.

That’s not to say that finding the correct path isn’t enjoyable at a certain level, but it’s not the type of experience I’ve come to expect from this publisher’s releases. Once I understood and accepted the way the game is set up, I was able to enjoy it a little more. Play as Arthur, not yourself. Play to win, not to be a paragon of chivalry. Take the bad guys seriously when they threaten you, because they just might kill you if you push them too far. You probably won’t win on the first try, but don’t let that get you down. At least you can knock out a few more Game Center achievements when you tackle it again.

Pendragon Rising is worth picking up if you’re looking for a well-written story and don’t mind sacrificing some of the usual customization found in Choice Of Games releases. I think it ultimately works better as a story than as a work of interactive fiction, but there’s enough challenge, action, and drama here to make it a solid adventure. It’s also neat to play a story based on Arthurian legend that takes place before he’s earned the respect of his countrymen. It’s just too bad there isn’t more room to wiggle within the constraints of that well-defined main character.