When people claim that gameplay takes precedent above all else, including visual fidelity, I ask, “why not both?" There have been plenty of games that have pushed the envelope in just about every facet imaginable, including the recent Witcher 3 from CD Projekt Red. The same goes for mobile titles, which are pushing boundaries far beyond what I thought was initially capable when the App Store first debuted so many years back. We’re starting to see full console experiences on portable devices, and AirAttack 2 ($0.99) is one such game that doesn’t even feel like it should be possible given the hardware.

As a shoot ’em up fan, my hunger is insatiable. I’m always searching out new games to play, whether they’re eastern Cave-based shooters or western titles like Siberian Strike. While I generally prefer danmaku (bullet hell) and frenetic experiences like Ikaruga, there are plenty of other releases that push all of the right buttons, which includes Art in Games’ latest project. 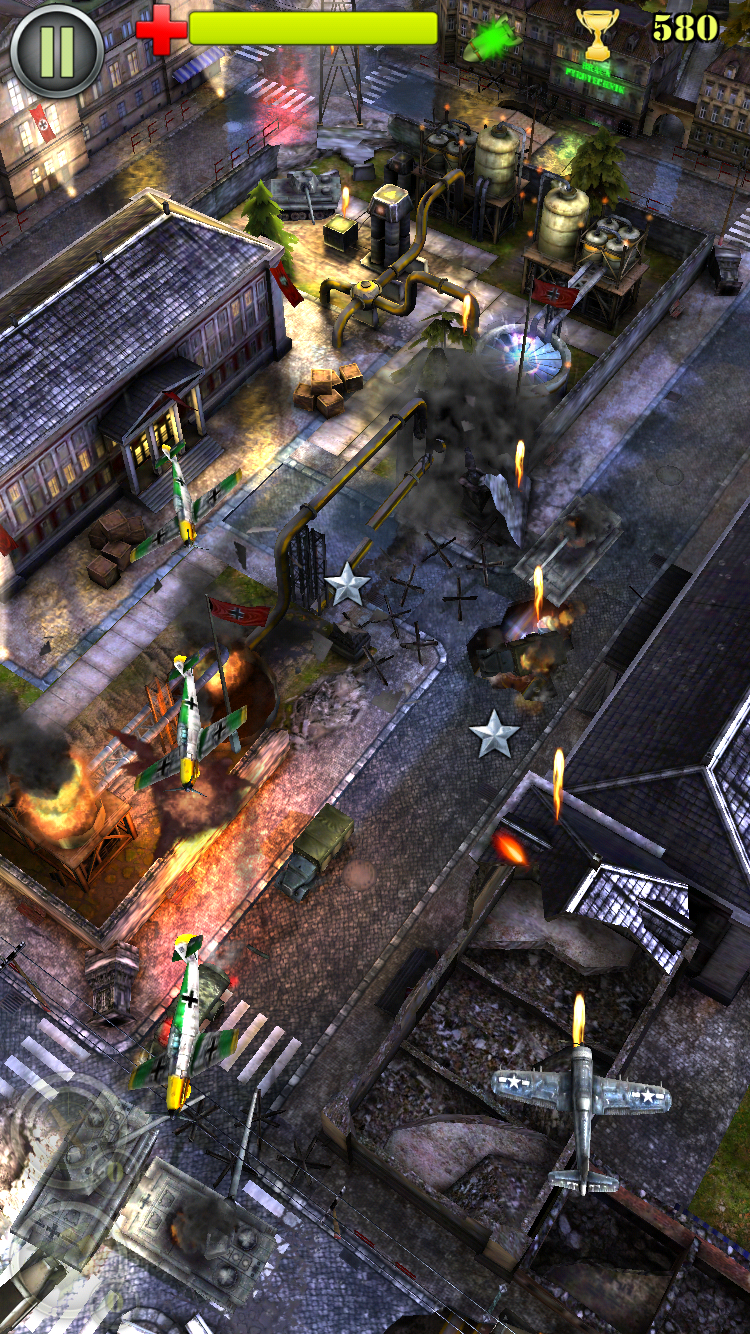 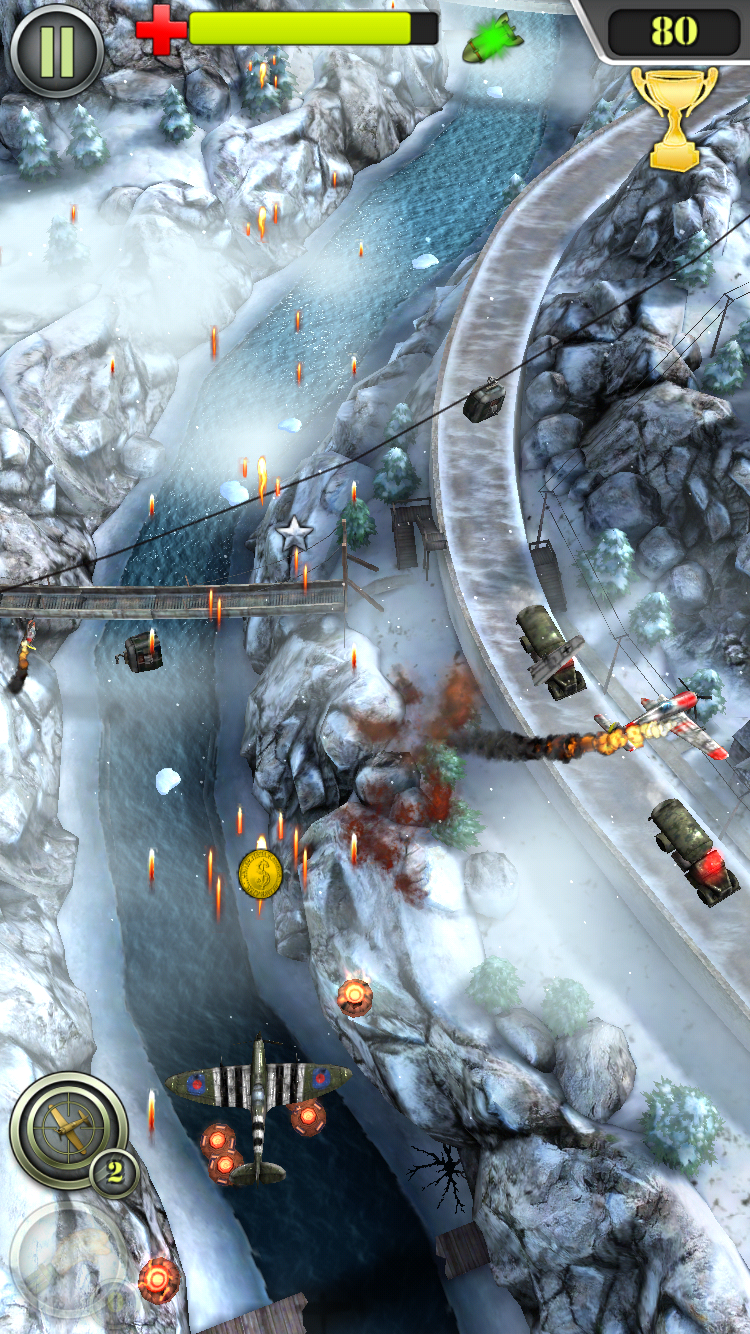 The basic concept is simple — players can swipe around the screen to move their ship, which automatically fires at opponents. It’s your job to avoid fire and get into a more strategic position to take out enemies. So in that basic sense, it’s your typical mobile shooter. But once you start to really dig past the surface it becomes much more involved. For instance, you can also tap the screen to drop a bomb, which takes out ground targets that your aerial dogfighter can’t otherwise hit.  It takes some practice, but with time you’ll be dodging and bombing like a pro.

Upgrades also significantly alter your playstyle, from wingmen that follow your ship around for some extra firepower, to brand new characters that have new mechanics in tow. The tail gunner is another game-changer — a power-up that shifts the viewpoint into first-person. It’s here that the in-game engine is really highlighted, which deserves its own accolade in and of itself. Tilt controls are not currently in (they’re planned for an upcoming update), but the touch-sensitive method works just fine.

Simply put, AirAttack 2 is a beautiful game. Foliage is detailed to the point where it’s almost overdone, vehicles that often feel like throwaway additions that are cruising throughout the level look pristinely crafted, and the action is so smooth that it’s always easy to tell what’s going on at all times. The orchestral soundtrack also certainly helps its case, which had me putting on headphones on more than one occasion. Environments tend to crumble when bombed, which is not only impressive on a technical level, but immensely satisfying — like your attacks have weight to them. I even noticed crazy details like trees swaying in the wind in the wake of a bomb. In arctic themed levels, said trees even get the snow  knocked off of them. 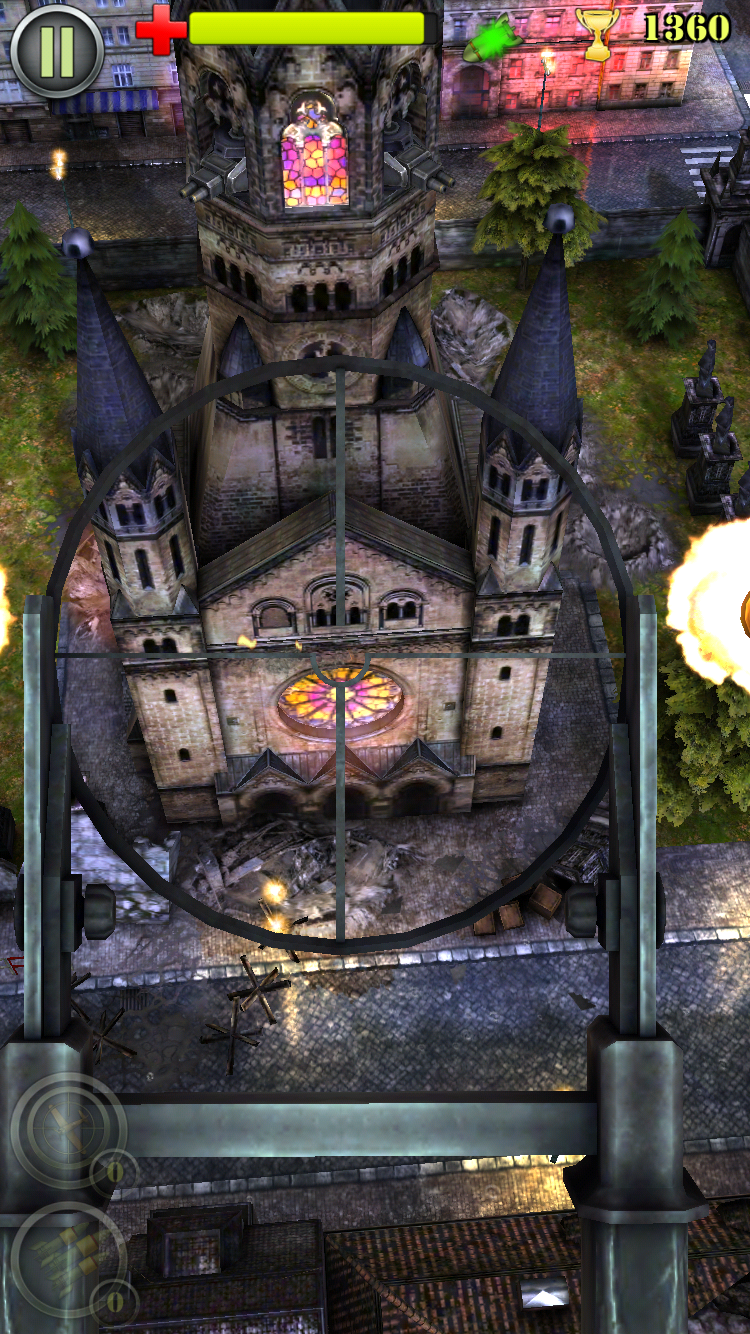 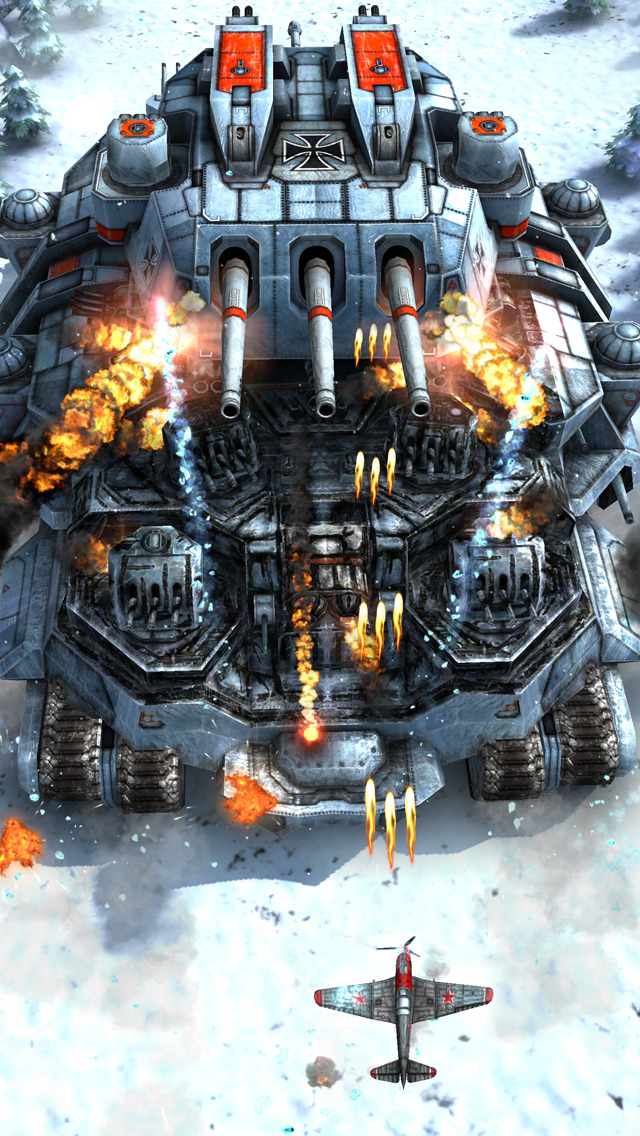 What’s crazy is that on top of all of this, AirAttack 2 is not a free-to-play game. I was actually in disbelief at this when I couldn’t find any IAP listed on the App Store page, especially since there are two types of currency — Coins, and Ingots. Like you’d expect, the former is acquired by simply playing the game, and the latter are less frequently earned. In essence, they’re content gates, but feel perfectly inline with many other similar games. If you think back to more retro or old school examples for instance, players would often have to beat the campaign without continuing, or on a specific difficulty to unlock certain ships or upgrades. That’s basically the same principle here.

AirAttack 2 handles social elements wonderfully, without putting incessant “Facebook links" to the forefront. Instead, everything is handled by way of leaderboard support, and “challenges," which can earn you bonuses for competing against friends. The same goes for a host of other modes beyond the story, which include daily challenge modes or survival challenges. Although they tend to re-use levels, the parameters are completely different, some of which require you to defeat a certain amount of foes with only one-hit remaining.

There’s also a set of general challenges to accomplish across all maps, like “Destroy 50 Lamps." There’s so much to do here that you’ll be playing for hours on end after the core missions are completed. I feel like the game manages to hit that sweet spot where it’s not overly challenging, but it throws enough at you so that you have to work for it. If you aren’t normally into shooters like this, you should still be relatively fine jumping right in here.

It’s crazy that this game is only a buck currently, because it really does feel like a premium title that’s worth so much more than that. AirAttack 2 is one of the best looking games on mobile right now, and it backs that up with pristine gameplay that would satisfy any shmup fan. This is definitely going into my permanent shooter folder.