The recently-released Warhammer 40,000: Freeblade (Free) has just gotten its first big content update, with the new Titanic Clash chapter added to the game. This brings 15 new missions to the existing total, with 136 missions to play through in total now. Your Freeblade will be taking on an Ork Mek, with the deadly Morkanaut unit, boasting a deadly Kustom Mega-Kannon and Power Klaw. You’ll be as dead as the letter C is to orks. Here’s a screenshot from the update, which also shows off the improved graphics the Titanic Clash update brings. The game looked really good already, but Pixel Toys has pushed it even further with new effects like glowing hot weapons, and billowing smoke. 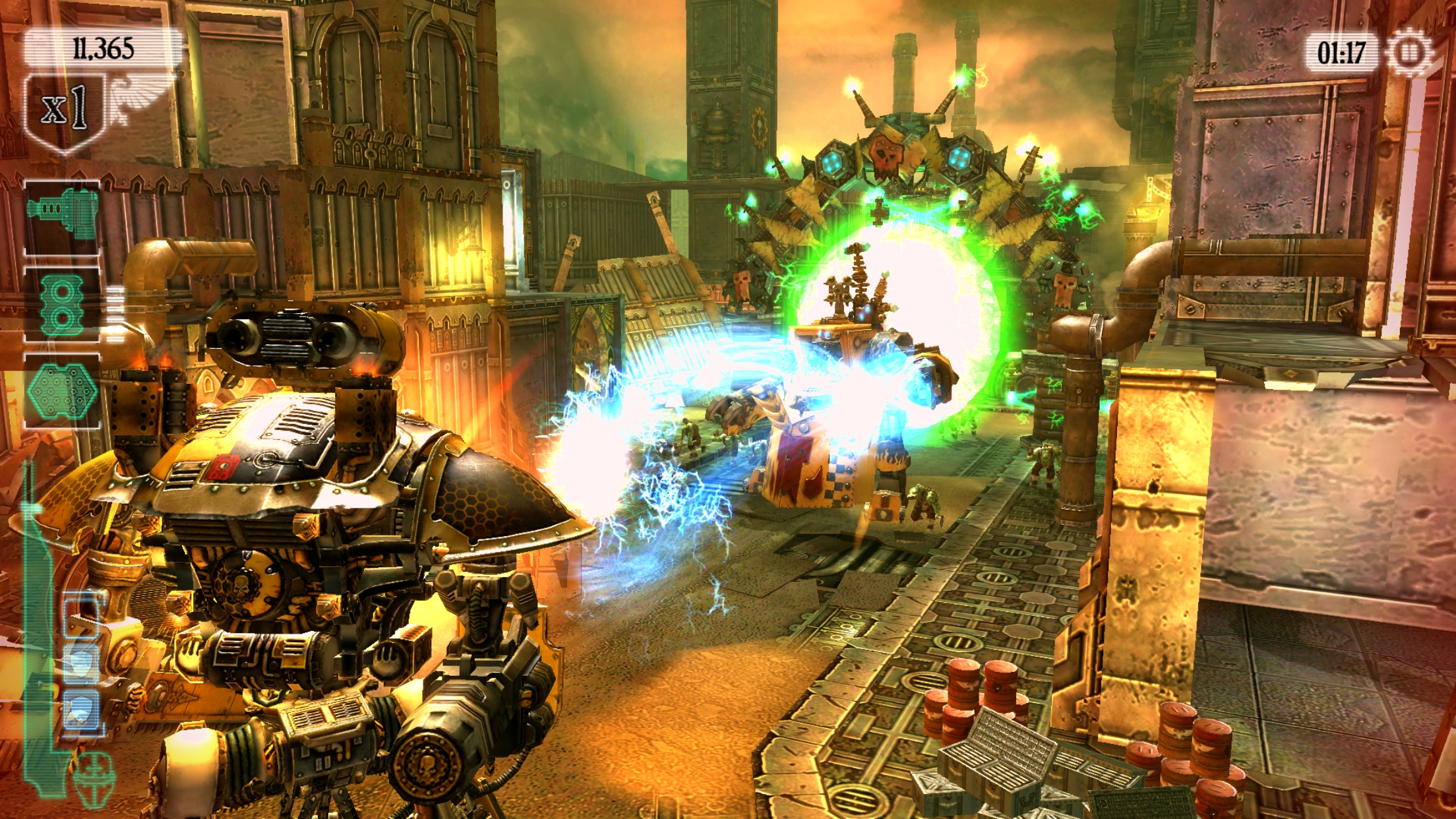 A level cap increase is inbound with the ability to get your Imperial Knight up to level 45 now. Photo-sharing, and player profiles so you can compare your knight with others is now available. Say what you will about the game’s free-to-play nature, at least the cool thing is that games that are open-ended like this can justify adding new content over time, to evolve and expand the experience.