Originally released for the PlayStation Portable just a little over a decade ago, Grand Theft Auto: Liberty City Stories ($6.99) was the first “real" portable GTA game. Sure, there were GTA games on the Game Boy Advance and Game Boy Color, but those games totally embodied the whole early handheld gaming scene, as they were toned down versions of GTA in every way the game could possibly be toned down and as a result of that really just weren’t that great. The top down Grand Theft Auto Advance felt particularly dated, sandwiched in between the launch of Grand Theft Auto: San Andreas ($6.99) and Grand Theft Auto: Liberty City Stories, which both (obviously) were full-blown 3D titles. Compared to other games in the series, Liberty City Stories was never that memorable to me. Severe ghosting on the screen of my first-generation PSP made the game real hard for me to enjoy playing, and while from a critical perspective it was received incredibly well, I never really got that far into it. Rockstar provided us with an early copy of the iOS port, and it makes me want to send a message back in time to my 2005 self that says, “Hey, deal with the ghosting and load times, this game is great."

As you’ve probably guessed, Liberty City Stories takes place in the same Liberty City as Grand Theft Auto III ($4.99), but what’s extra cool about this visit to Liberty City is that the game got the upgrades the rest of the series saw over the years including indoor environments, motorcycles, better camera movement, and other quality of life improvements that we just sort of take for granted now. Players take control of Toni Cipriani (who people super familiar with other GTA games might recognize) and quickly find themselves right in the thick of things between various organized crime families. The characters in the game, like basically all the early GTA games lean heavily on various stereotypes, so, strap in for basically every Italian character and mafia trope in the book. In 2015, it all comes off a little silly, but to appreciate what this game is doing you’ve got to step back and realize that this kind of fully voiced open 3D world thing in a portable game was incredibly cutting edge for its time. 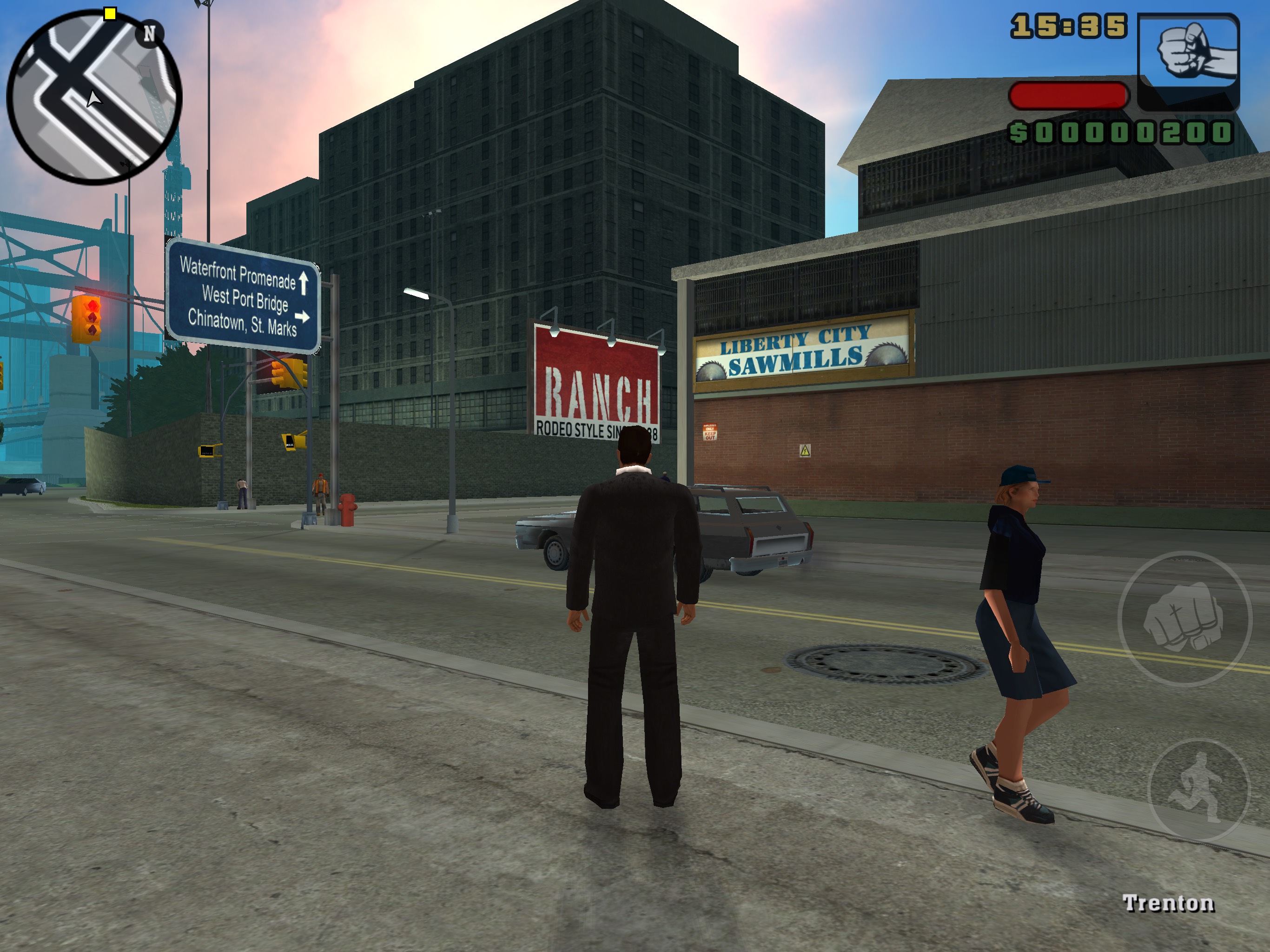 Like other GTA games, gameplay is exactly what you’d expect. You accept and complete missions, eventually coming across other characters who give you their own missions, and through doing all these the greater plot of the game is slowly revealed. Missions involve the typical stuff you do in GTA games like driving people around, killing others, stealing cars, the usual. The cool thing with this game is that since it was originally built as a portable game, all the missions are typically brief, although some are more involved and feature things like racing speedboats, elaborate assassinations, and more. So, again, much like it was in 2005, Liberty City Stories is still a fun game in 2015. Additionally, I believe this port of the game is based off the PlayStation 2 port, as it’s lacking the PSP’s local multiplayer mode, but, whatever. That makes this a port of a port.

As far as the iOS port is concerned, it’s in line with the other titles in the series that have made it to the App Store and is ported to the touchscreen as well as it reasonably could be. All of the functions of the game have been mapped to virtual controls on the screen, and, well, they’re virtual controls. If you hate virtual controls, Liberty City Stories isn’t going to be the game to win you over to enjoying them. That being said, they work perfectly fine aside from a few awkward moments here and there. For instance, you lock on to targets to fire your gun at them by tapping on them, but you’ve already got to have them sort of centered on the screen, as if you tap to target too close to the left side of the screen the game thinks you’re trying to move and brings up the virtual joystick. Shooting guns in early GTA games is almost always awkward though, so it’s not like this is any major surprise. 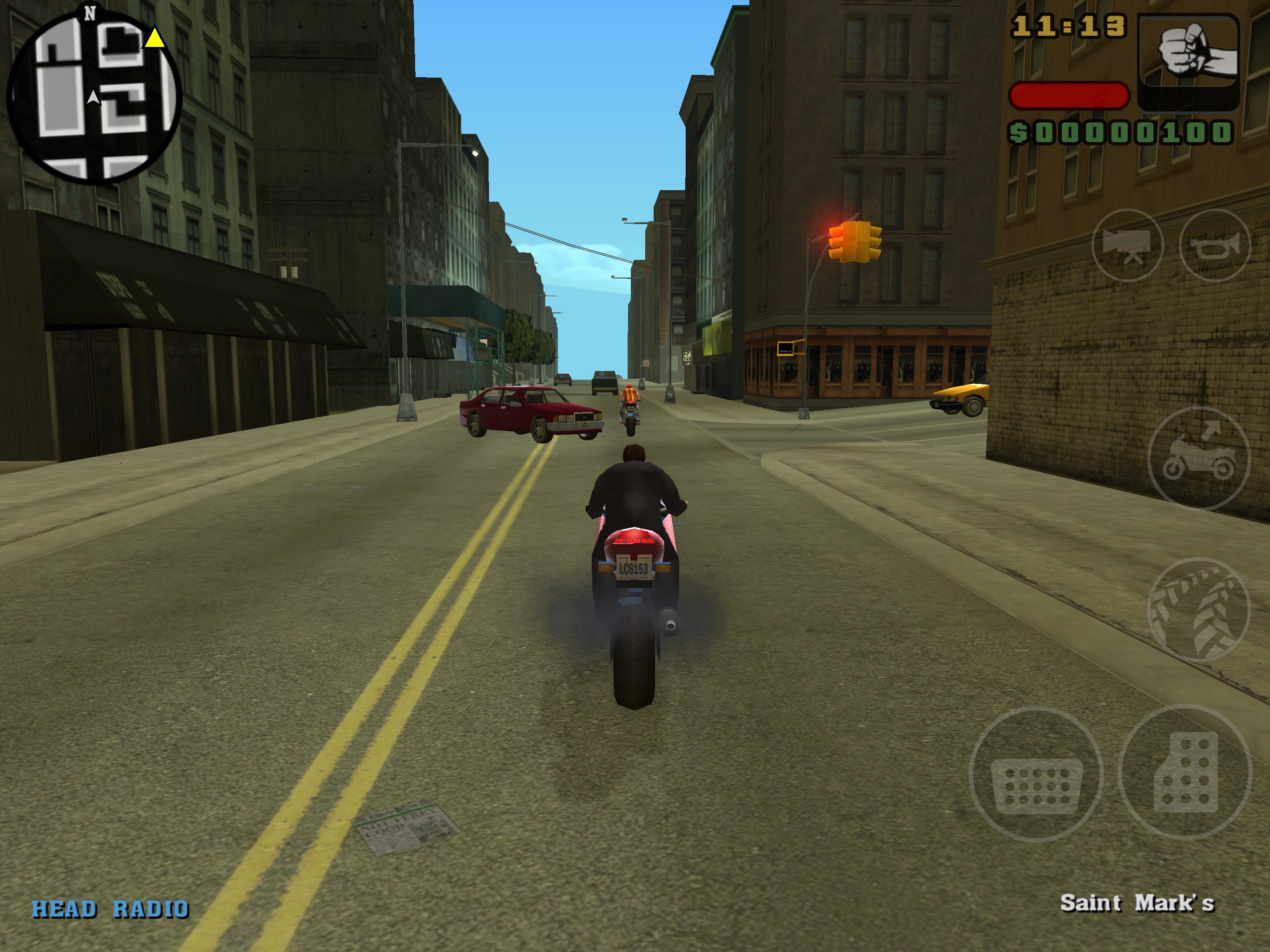 The game fully supports MFi controllers, and like the other titles in the series, this is really how you should play Liberty City Stories. Once you’ve got a controller paired, all the virtual buttons go away and you’re left playing the game how it was originally meant to be played. Using the second thumbstick to control the camera is so much better than using the touchscreen it’s hard to really even compare. It’s got the same save slot system as other games, including two cloud save slots which are accessible once you log into the game using Rockstar’s own proprietary Social Club service. A word of warning: If you don’t remember your password, just reset it. I’m currently locked out of my account from guessing too many times. Oops.

From a technical perspective, the game runs great and… looks surprisingly good for how old it is. The graphics are a little strange, as Rockstar went through and greatly cleaned up the textures of the game, making them super crisp, even on the iPad Pro. What’s odd, however, is that everything still has 2005-era polygon counts, so while a building might have crystal-clear brick textures on it, that building will still just be a totally flat-faced polygon. It’s very noticeable on anything that’s round, although character models seemed to have aged particularly well. It’s cool that the game got that extra polish pass, as honestly, they could have just released a straight port of the old title and I’m not sure many people would have complained. 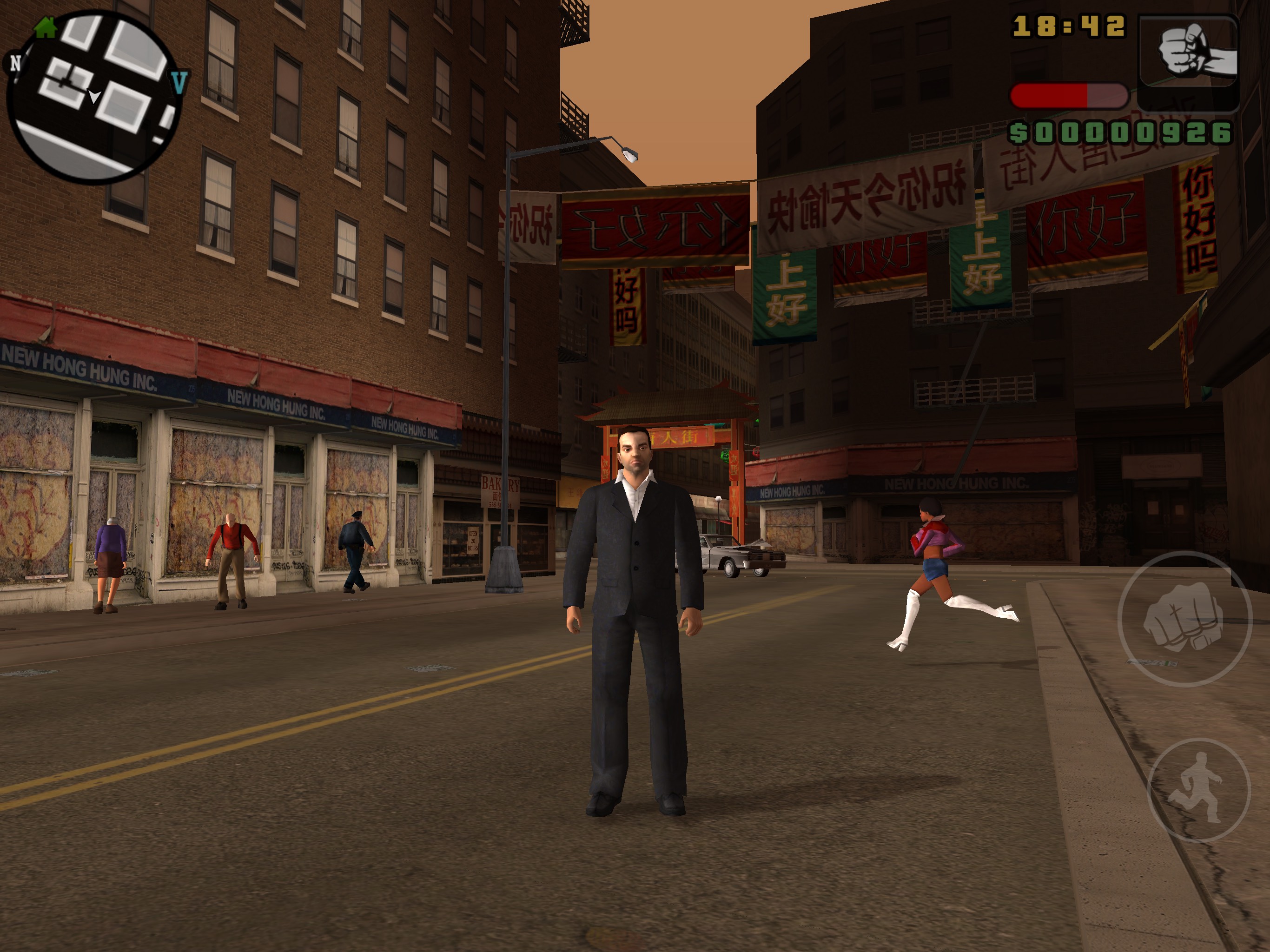 It’s getting to the point that reviewing the not-quite-annual GTA release is sort of tricky as it’s not like there’s a whole lot left to say. These games were all phenomenal when they were released, Rockstar knows what they’re doing when it comes to porting them, and it’s hard to beat the price to hours of potential gameplay ratio, particularly when considering you can play a GTA game nearly infinitely if you enjoy just rampaging around the city, getting your wanted level up, and seeing how long you can survive. Of course there’s loads of side quests too, giving you even more to do in a game that’s already packed with content.

If you’re into the idea of playing a GTA game but aren’t sure which one to get, I’d definitely start with San Andreas first. It was designed with the scope of console play in mind, and I think the game world is just a little more interesting. That being said, if you’ve been playing along with every GTA release Rockstar has made on iOS over the years, Liberty City Stories is every bit as must-have as the rest of them.