Having exhausted most of the relatively port-friendly Final Fantasy games and virtually all of the Dragon Quest games, Square Enix has got to be thinking about which of their remaining RPG classics are suitable for mobile ports. It looks like the lucky winner this time around is the SaGa series, specifically 1993’s Romancing SaGa 2.While it’s not the game’s first trip to mobile, having been released in 2011 for Japan-exclusive feature phones, this will mark the first time a main entry in the SaGa series hits iOS. It will release in Japan this winter for iOS, Android, and PlayStation Vita. As this game has never been officially localized in the past, it’s hard to say if it will ever leave Japan’s shores, but stranger things have happened, I suppose. 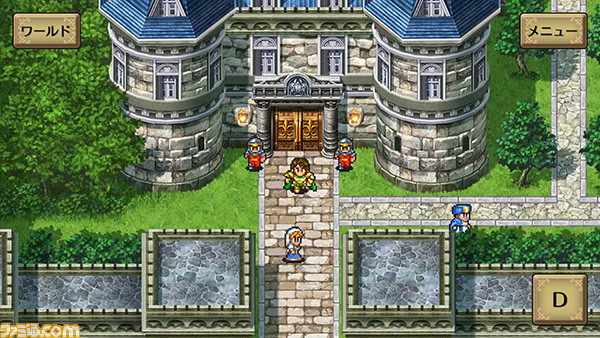 Originally released on the 16-bit Super Famicom, Romancing SaGa 2 is a highly unusual RPG that has you take on the role of Emperor of Avalon over the course of several generations. As the ruler of your modest empire, you have to take care of finances, invest in new equipment, set up new services, and so on. But you’re a very hands-on leader, because you’ll also need to venture out with a party of adventurers to solve the problems your trusty chancellor outlines. Once you settle all of the issues the chancellor lays out, you’ll select your heir and move on to the next generation. Don’t worry, it leads somewhere eventually. 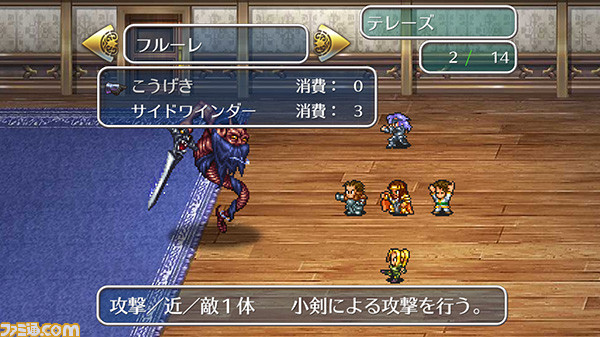 Given the reputation of the SaGa series outside of Japan and the relatively weak market performance of the last handful of SaGa games Square Enix did localize, I’d say the chances of this getting an international release are not great. That said, they’re probably better than they’ve ever been thanks to the solid performance of other Square Enix releases on mobile. I mean, they have to release something, right? Even with all of that taken into account, I wouldn’t get my hopes too high on this one. We’ll peg it at slightly higher than the odds of getting the newly-released The Last Remnant cloud-streaming release overseas, and certainly lower than the chances of us getting that nifty Seiken Densetsu remake. If anything should happen on that front, we’ll be sure to let you know as soon as possible, though.