This is I believe a first for the Game of the Week posts, as this week’s winner is actually a game that came out nearly an entire week ago. However, since it did release after our Game of the Week post last week, it qualified for inclusion this week. There were a ton of great games released between last Saturday and right now, and somehow this game has fought all of them off and remains my absolute favorite new release of this past week. I am of course talking about AirAttack 2 ($0.99) from Art In Games.

The only problem is that I spilled so many words about AirAttack 2 when it launched last Saturday that I feel kind of tapped out for what to talk about now. So for a basic overview of the game be sure to read those impressions, and for the purposes of this post I’m going to focus on a couple of things that have come to light in the past week of me playing AirAttack 2: The secondary currency and the challenge mode. 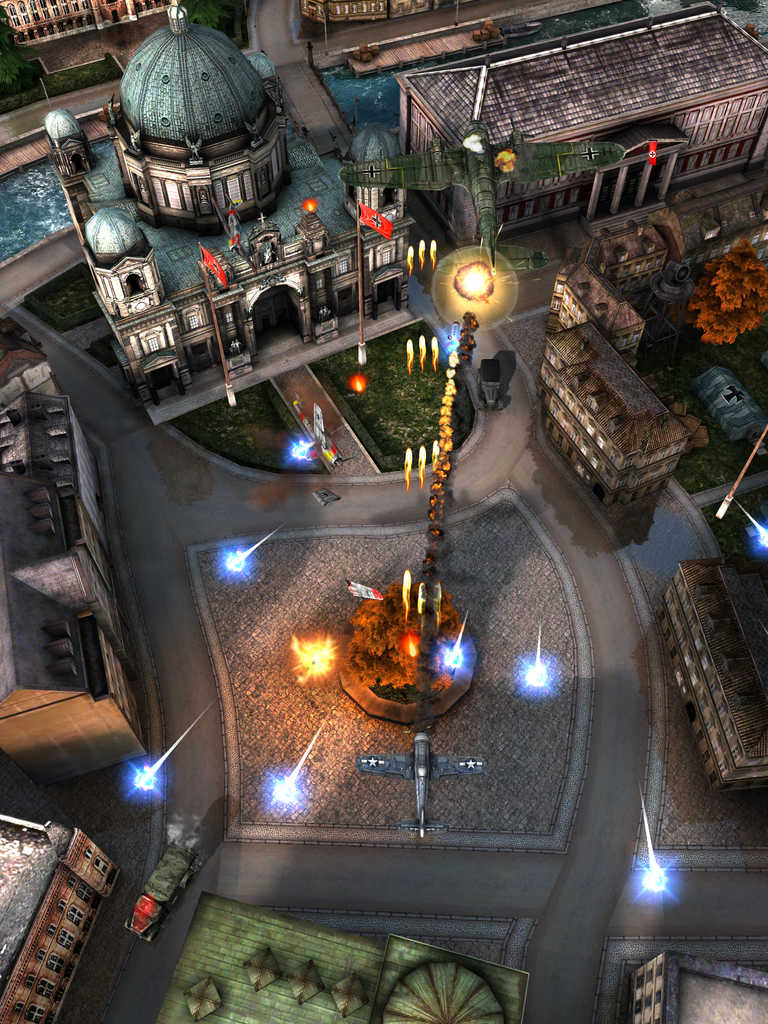 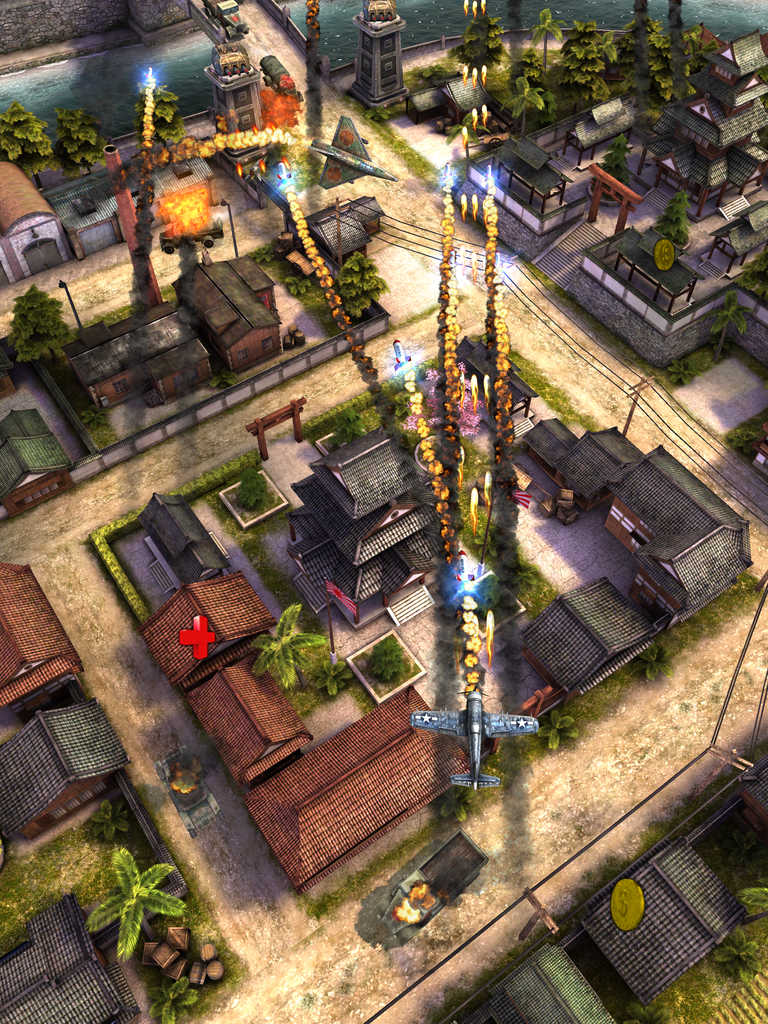 First off, “secondary currency" is a scary term that typically screams free to play game, but AirAttack 2 is NOT a free to play game and it does not contain any IAP. The way the in-game currencies work though is pretty similar to a free to play game. Coins are the main currency and are earned pretty liberally just through playing, and go towards things like buying upgrades, power-up items and new planes. Ingots are the “premium" currency and are used to buy a few special items like a couple of special playable aircraft and wingmen power-ups.

While I understand how two currencies can be off-putting, I think they serve a good purpose in AirAttack 2. Those items that are bought with ingots feel more special than if they were bought with regular coins, even if the coin prices were super high. Someone really dedicated could just cheese their way to those items by grinding an early level over and over until they had enough coins. By requiring ingots they force a player to fully explore everything AirAttack 2 has to offer, as ingots are won by completing certain in-game challenges in both the single player campaign and especially in the daily challenges. I think it serves as good motivation to play these things that might otherwise be ignored, and it keeps those ingot-only items feeling special and worth working towards.

The other thing I wanted to mention about AirAttack 2 that I’ve really been enjoying is how the challenge system works. To be honest it’s not terribly different from the challenge systems in other games, but the way the notifications work has really kept me interested in challenging my Game Center friends.

Any time you complete either a daily challenge mode or the survival mode, you’re given the option of sending your final score to a friend as a challenge. This in itself isn’t that novel, but what’s cool is that when your friends sit down to tackle the challenge you’ve sent them you’ll get a push notification when they’ve finished letting you know their score and whether or not they beat your challenge. It’s a minor thing but it’s really served to get me all invested in the challenge system whereas I typically ignore that sort of thing in other games.

AirAttack 2 is the game that’s so nice I wrote about twice. It really is that good. It’s still crazy sometimes to think about getting a game of this quality for a couple of dollars, as it could easily sell for ten or twenty times that on a handheld like the 3DS or Vita. While free to play and disposable gaming are common in the mobile world, every once in a while titles like AirAttack 2 come along and make you remember why you love mobile gaming in the first place.