Reviewing MFi controllers is always a little weird, as functionally, they’re largely identical. If you’ve got one of the earliest MFi controllers, assuming it still holds a charge and everything, it does the exact same thing as a brand new one. Additionally, the differences between the existing lineup of MFi controllers are all so minor, it basically comes down to personal preference with regards to how large (or small) you want your controller to be, whether it takes batteries or is rechargeable, and what incredibly slight variation of controller grip and button style you like best. 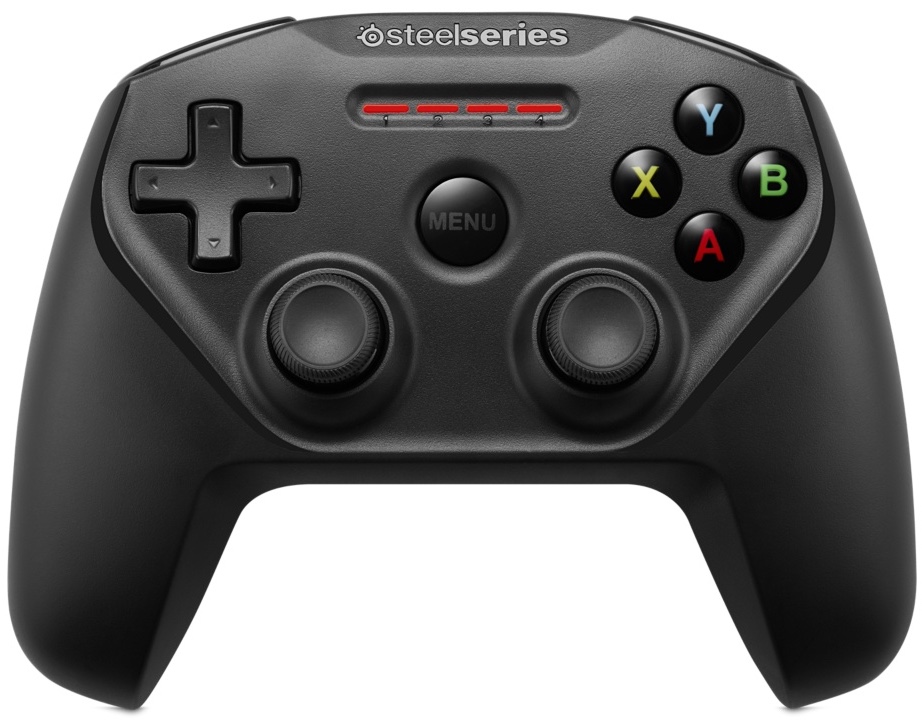 A while ago I contributed to The Wirecutter’s guide on iOS accessories, and at the time the Mad Catz C.T.R.L.i mobile gamepad felt like the ever-so-slight frontrunner in the MFi controller world. It had the best build quality, and I liked that it took AA batteries as keeping track of yet another charger cable is a pain, particularly with all Apple stuff charging via Lightning. If you’ve got either size of the C.T.R.L.i controllers, congratulations, you don’t need to buy anything else. Both are still solid, built incredibly well, feel great in your hands, work with everything thanks to the MFi certification process, and there’s really not any reason to get a new controller.

If, however, you don’t have an MFi controller yet, the Steelseries Nimbus edges ever-so-slightly over the Mad Catz offering in ways which may or may not be important to you at all, as even mentioning them feels needlessly pedantic… However, again, the differences across the whole MFi lineup are so minor you have to hit that level to come up with any vaguely meaningful variance. I prefer the matte black plastic of the SteelSeries Nimbus, for instance, as shiny black plastic like the one used in the C.T.R.L.i always seems to eventually look nasty with finger grease. Does this make any difference in practical usage? Nope!

The shoulder triggers on the Nimbus are slightly different too, they’re far wider than the Mad Catz Xbox-style triggers, and they seem to have a more natural curve to them which fit my hands a little better. I’ve been playing a bunch of PS4 games lately, so I’ve found myself gravitating more towards preferring the Nimbus’s layout of two analog sticks next to each other to the C.T.R.L.i’s offset Xbox-style joysticks. I like the larger D-pad too, although, really, few games ever use the D-pad over the analog sticks. Do any of these things have any impact on your ability to marathon play both iOS and Apple TV games? Of course not.

The one significant difference the Nimbus has over other controllers is that it charges via Lightning. As mentioned earlier, it always was sort of annoying to make sure I brought a micro USB cable with if I needed to charge my controller, as being so deep in the Apple ecosystem, I typically only ever need Lightning cables. My iPhones, iPads, Apple TV remotes, and Apple Pencil all charge off one type of connector, and now that’s also true of this controller. That’s me though, I like simplicity, and I like only needing to use one cable. If your particular mobile loadout involves Android devices or other stuff that takes various USB cables, this likely makes no difference to you. Again, does this have any impact on playing games? Nope.

The SteelSeries Nimbus does feel like it’s getting closer to where MFi controllers should be. Launching at $50 feels like a far more sane price point compared to what we’ve seen before. That puts it at $10 cheaper than the full-sized Mad Catz C.T.R.L.i, and finally in line with what people expect to pay for controllers. Over the years as we’ve posted about MFi controllers it was always annoying to not be able to come up with a reason as to why a controller is more expensive other than “lol apple lol," so, it’s nice that’s not the case anymore.

If there’s anyone out there who regularly follows TouchArcade who somehow doesn’t have an MFi controller yet, this is the one to get. That being said, its differences are so minor that if you can catch a deal on any of the other MFi controllers this holiday season, it’s not like you’re going to be missing out on anything major, particularly with so many of the benefits being firmly in the arena of personal preference. Like other recent MFi controllers, the build quality is great, it feels good in your hands, and everything works as expected. Lightning charging is awesome though, and I really hope this becomes a normal thing.