Well, we knew he was coming today, and indeed he did. The newest Clash of Clans (Free) Hero, who will come in the Town Hall 11 Update, has been revealed today (although just his Offensive capabilities), and he looks really powerful. The Grand Warden is upgradable to level 20 by using elixir and can attack both on the ground and in the air, giving him plenty of flexibility since he’ll fit in a variety of army compositions. His hitpoints and damage per second aren’t really that high, but that’s not where his power lies. What is great about this Hero is his passive aura ability, a large circle around him. Any unit within that radius gets an HP boost, which will make your army much more robust and will help take down those powerful TH11 defenses. 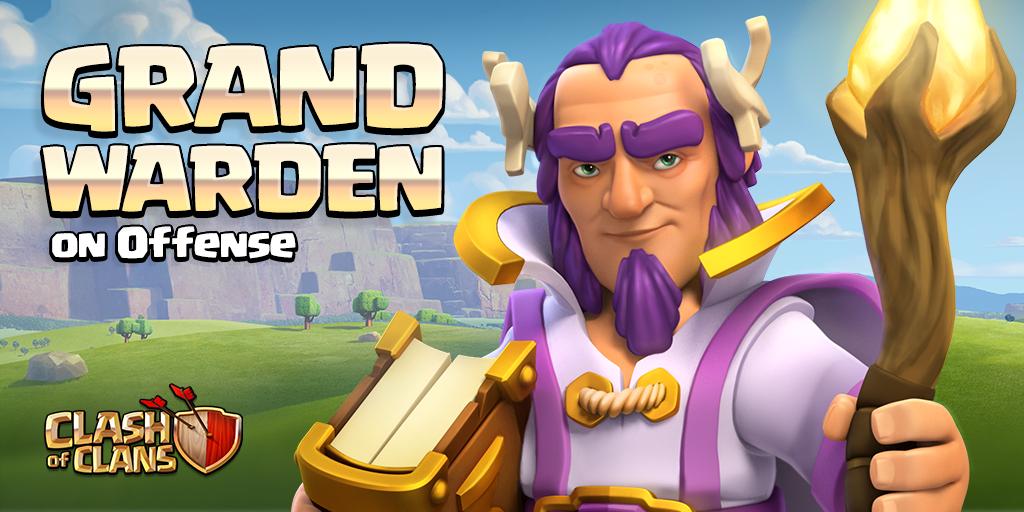 His Active ability, Eternal Tome, makes him and all units within his aura radius temporarily invulnerable, which should help you destroy bases much more efficiently as long as you can keep your troops close to him. While it won’t protect against traps, Eternal Tome will let your troops be healed even if targeted by Inferno Towers. So, as you can imagine, this guy should be a pretty major player, as long as you can access him. We’ll see how people’s strategies will adapt to take advantage of this Hero’s offensive abilities and will be interesting to see which units will benefit the most from his aura. Tomorrow we’ll get to see his defensive abilities, so stay tuned for that. Well, excited?