Clickers are such a strange genre. At the most basic level they take a repetitive action–clicking, or in our case, tapping a touchscreen–and give it meaning by having that action inflate various types of progress bars and create a sense of progression usually found in the likes of an RPG but distilled down to its most basic level. What the hell are we doing with our lives? Clicking and clicking and upgrading and upgrading, but for what? Does it have any meaning? Does it enrich our lives in any way? 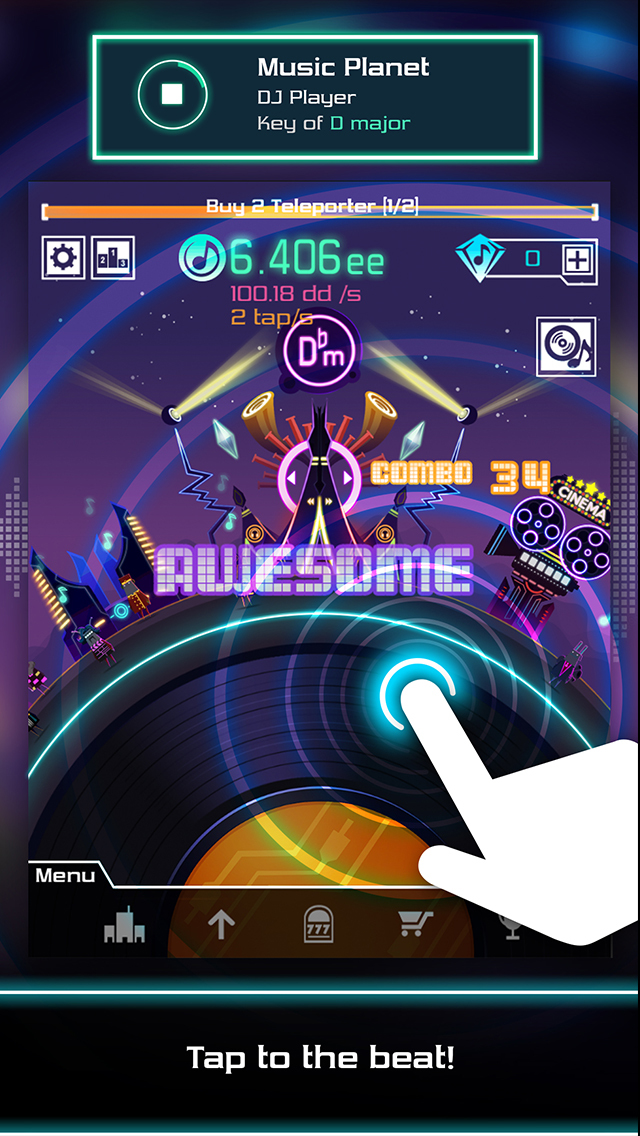 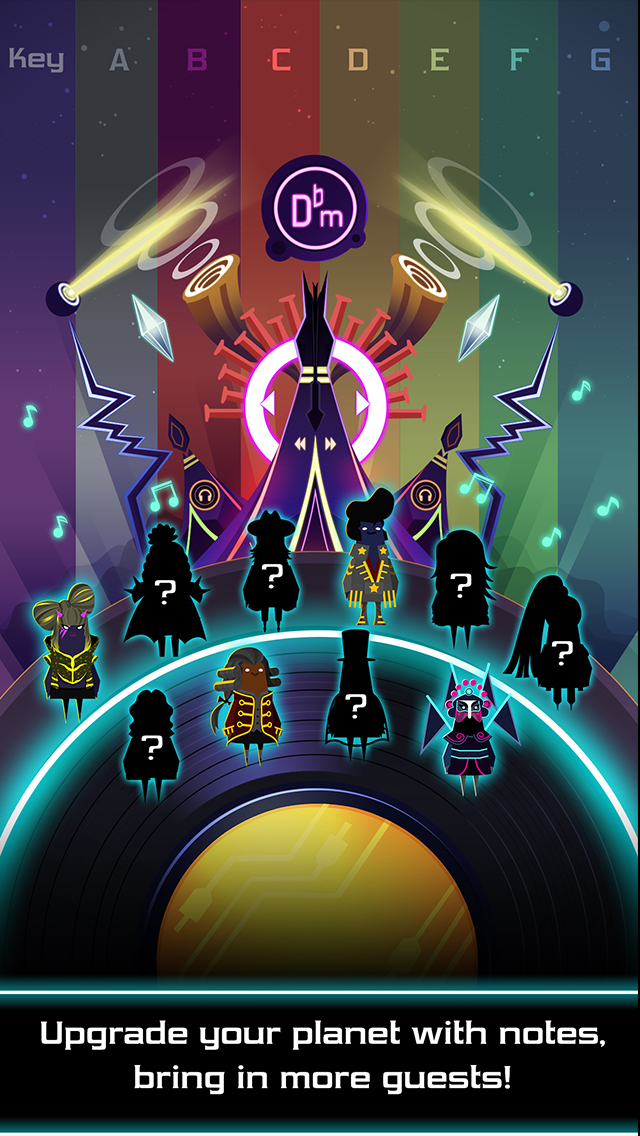 Well, the answer to that question doesn’t really matter, as clickers are hugely popular and have found a nice home on mobile devices. I’ve loved many clickers over the years, and even still I’ve stopped and questioned whether what I was doing was a waste of time or not. However, as pointless as clickers may be, several developers have really tried to evolve the formula and take the clicker into a more meaningful direction. The hands-down best example of this I’ve seen so far is Groove Planet (Free) from Animoca Brands.

So what is it that makes Groove Planet feel so unique? They’ve taken the idea and structure of a clicker game, and married it with the beat tapping of a rhythm game. That’s it! It’s such a minor little change but it makes all the difference in the world. It doesn’t hurt that Groove Planet has an excellent original soundtrack, but even without that the game can scan your music library and play your own tunes and let you tap along with the beat, and it’s still just as much fun!

Behind the scenes Groove Planet really is your typical clicker. A complex upgrade system wrapped up in the guise of building out your city and being mayor. In fact, you don’t even need to click to the beat, you can tap willy nilly and still earn the game’s “tune" currency. However, if you DO tap to the beat you can rack up some seriously crazy multipliers, and that’s the key to success. Tapping wildly is like filling a swimming pool one drop at a time, tapping to the beat is like using a firehouse that’s constantly increasing in size.

If you hate clickers, I don’t know if Groove Planet will change your mind, but it’s definitely the type of twist that actually could. It’s small but significant having a rhythm element thrown in the mix. Groove Planet’s production values are also through the roof, and it’s just a joy to play. Whether it seems like your cup of tea or not, it’s worth checking out the free download of Groove Planet.