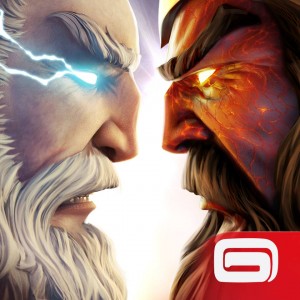 From the looks of it, Gameloft, envious of the success of games like Injustice: Gods Among Us (Free) and Marvel Contest of Champions (Free), has decided to try its hands on a fighting game again with its upcoming Gods of Rome game. While we don’t have that much information on the game yet, the gameplay trailer shows what seems a lot like the aforementioned fighting games. In the game you lead the world’s mightiest warriors against an ancient evil that threatens to enslave their souls (possibly Facebook or something like that). These heroes include the gladiator Spartacus, the Titan Atlas, and the God Zeus. The visuals are quite impressive and the characters well drawn. Of course, these kinds of games live and die on their gameplay, so I hope the game’s controls and move variety live up to the visuals; otherwise, we’ll have a very pretty, dull game,

Some people in the forums were hoping for Gods of Rome to be a premium game, but I see the chances of that happening as slightly below zero. The game’s webpage talks about 1000 Divine Keys that you’ll be able to use to open the gates to an online multiplayer arena to clash with others, and how you should heal between battles with a Potion. So yes, I highly doubt those aren’t IAPs. This doesn’t mean the game won’t be fun to play; Injustice and Contest of Champions are both F2P and very fun. I don’t have information on when the game will come out, but I wouldn’t expect it to be too far into the future. And one last thing I have to say: while the trailer is quite impressive, the way it ends is quite dumb, and I’ll leave it at that.