SMG Studio’s One More Line (Free) is getting another update. First up, it’s getting a crucial feature that it’s needed for a while: hats. The Steam version of the game has had them since release, since all those line racer semicircle thingies needed some way to differentiate themselves in the multiplayer mode. But now, you can wear a hat on a semicircle, for fashion reasons. Who had ever heard of such lunacy?! New trails are also here, but are trails hats? I don’t think so. This hat-filled update will launch on December 3rd. 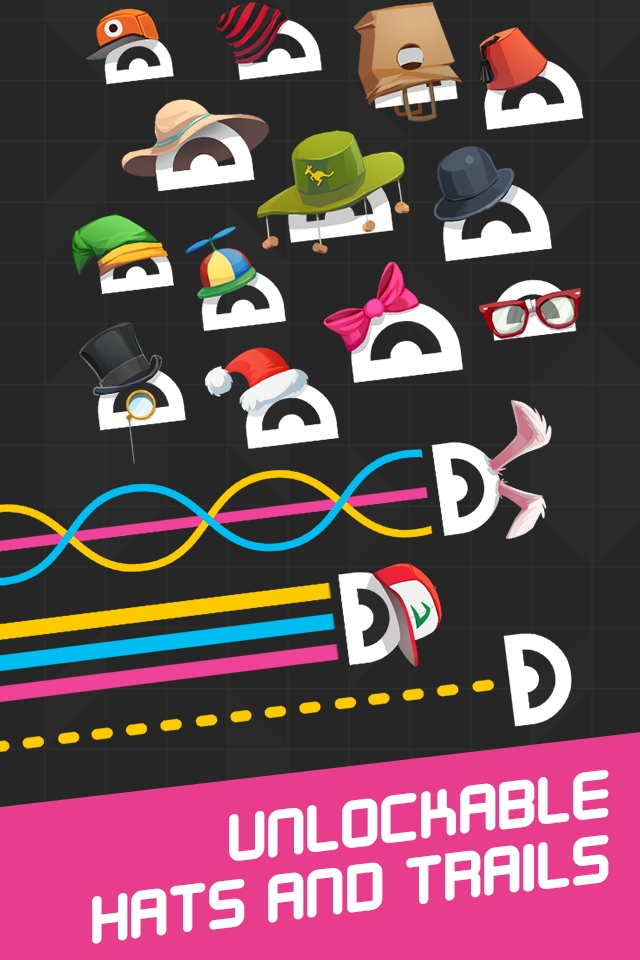 And the content isn’t stopping soon: early next year the game is getting a Time Attack mode from the Steam version. Thumb Drift, which we saw back at PAX, is still in the works, too: the game’s been pushed back a bit as they finish up the One More Line updates, but it’s still coming along for release next year.