We last reported on Super Evil Megacorp’s mobile MOBA, Vainglory (Free), receiving some pretty cool features (as well as skins) with an early November update. Not to be outdone with that update, the MOBA developers have released a second update in the same month, this time launching a new hero, making the requisite balance changes, and debuting some pretty cool queue features. 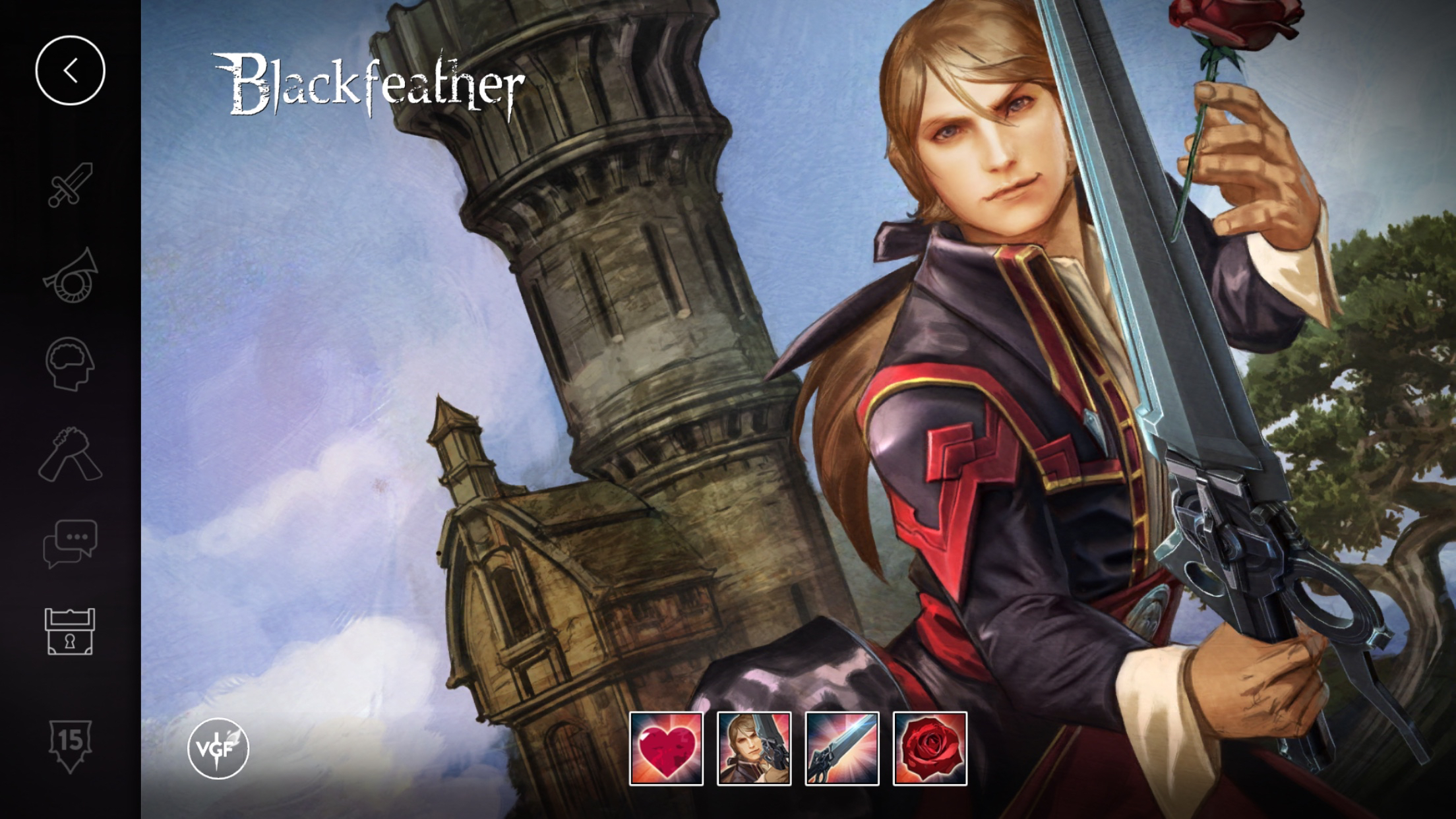 Getting first to the latest hero to join the Halcyon Fold, Blackfeather is a dualist assassin that can do both heavy damage to the enemy opposition while simultaneously buffing his allies and debuffing the enemy. For example, one of his attack moves causes a trail of roses to be left by the enemy struck. Allies that end up in the trail get a movement bonus. Meanwhile, his second special attack can cause a slow debuff while his ultimate is an AoE with two charges. All of Blackfeather’s moves are buttressed by Heartthrob, his heroic perk that applies charges to enemies struck that both cause extra crystal damage as well as enhance his other moves against enemies that are fully stacked. I’m very curious to see where Blackfeather ends up in the meta as a new melee assassin always has the potential to switch things up.

The other addition that I’m most excited for in this update is the launch of a revamped Friend system in terms of queuing up for parties. Instead of simply letting you know if your friend is in a game, Vainglory now lets you know who your friend is playing with, what character they are using, and how far into a game they currently are. Even cooler, you can now send your friends an in-game notification to ask if you can play the next game with them. It pops up in the lower corner of their screen and they can quickly reply ‘Yes’ or ‘No,’ letting you know if you should ask other friends are solo queue. With the launch of guilds and teams, being able to actually plan matches with other folks more spontaneously has been an issue and I’m very glad the developers took the time to implement what seems like a pretty awesome solution. 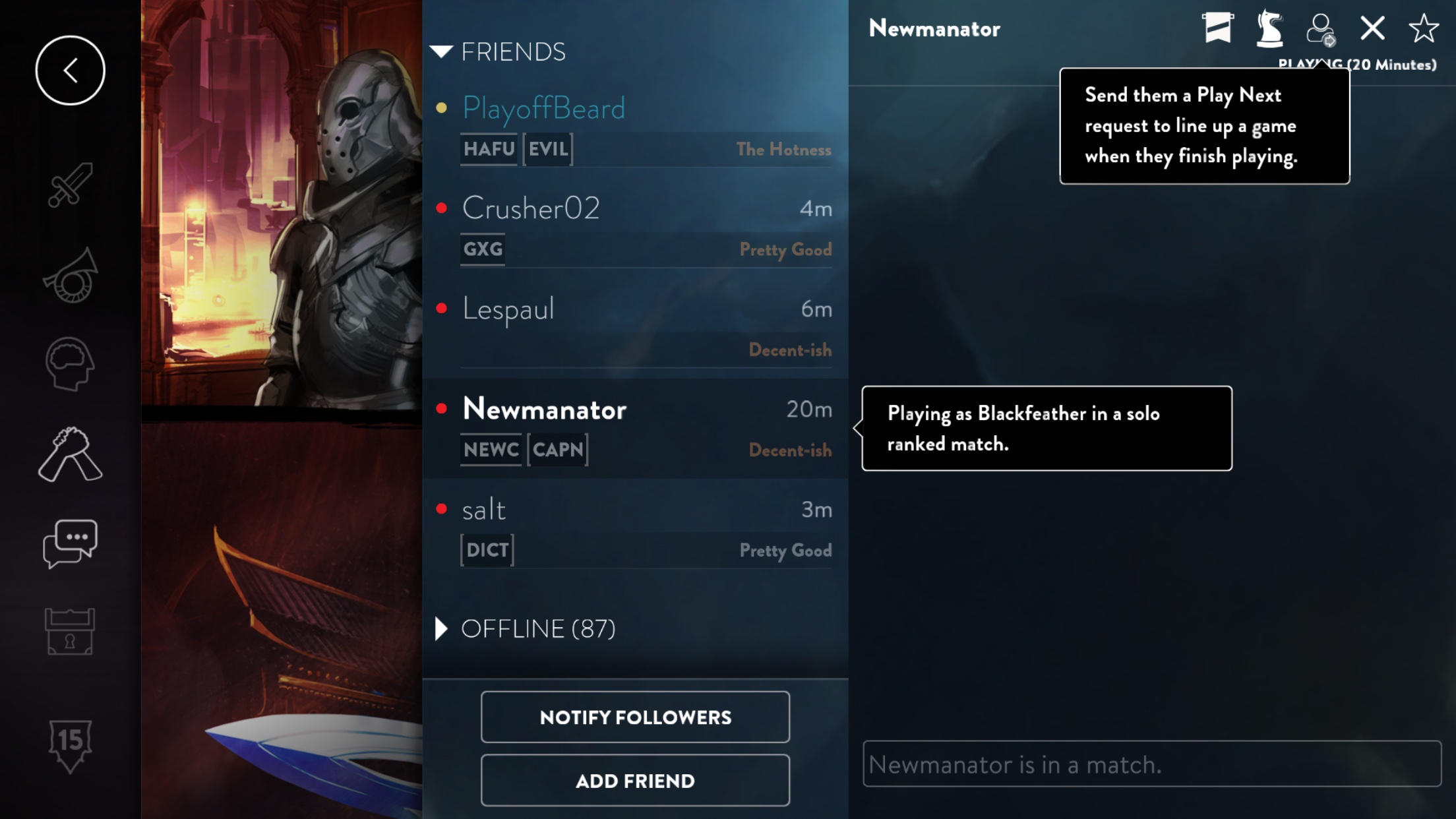 Other additions in this update include a way for guilds to see where they stack against other guilds, as well as well as three new skins for Vox, SAW, and Krul. In addition, most of the heroes got some balance changes applied to them, with Rona and Petal getting the most changes. Interestingly enough, some significant changes to Reflex Block (can activate while stunned) and Stormguard Banner (attack bonus for gold received through Ironguard) will certainly change the way they are used. Finally, a welcome visual notification is now there for when you run low on energy.

If you want to check out the entire change log, feel free to peruse that here. Otherwise, watch out for an impending Blackfeather guide as soon as we can get a few battles in with him. Meanwhile, don’t forget to check out our streams on Mobcrush or join our Guild if you’re looking for folks to play with.