After almost a year of Hearthstone (Free) matches, some tough regional qualifying series, and an equally tough Group Stage last week, the Hearthstone World Championship final stage is finally upon us, and it’s shaping up to be lots of fun! The Group Stage produced some big surprises, biggest of all being the great performances by Asia-Pacific Region players, who most considered the clear underdog. The other surprise was that there’s only one surviving member of the Americas team. Add to that some surprise eliminations of fan favorites like Lifecoach, and you get the idea about the upcoming playoffs. Expect to see even more surprises during the weekend and maybe, just maybe, Shaman going all the way (wishful thinking on my behalf, I know). Your final eight are ThijsNL (EU), Kno (APAC), ZoroHS (CH), Kranich (APAC), Ostkaka (EU), Hotform (AM), DieMeng (CH), and Pinpingho (APAC).

The Hearthstone World Championship will take place in Anaheim, CA during BlizzCon, and the first quarterfinal match, ThijsNL Vs Kranich, begins 12pm PST (in less than two hours). Ostkaka Vs Pinpingho will take place at 1:15pm PST, DieMeng Vs Kno at 5pm PST, and Zoro Vs Hotform at 6pm PST. The Semifinals take place on Saturday, one at 10am PST and one at 12pm PST, and the Grand Final will be at 2pm PST. The matches will be Best of 5 Conquest, so I hope to see plenty of 3-2s. Go here if you want more details on the Top 8. So, who are you rooting for? I’m at fully behind Pinpingho, the Shaman Master! 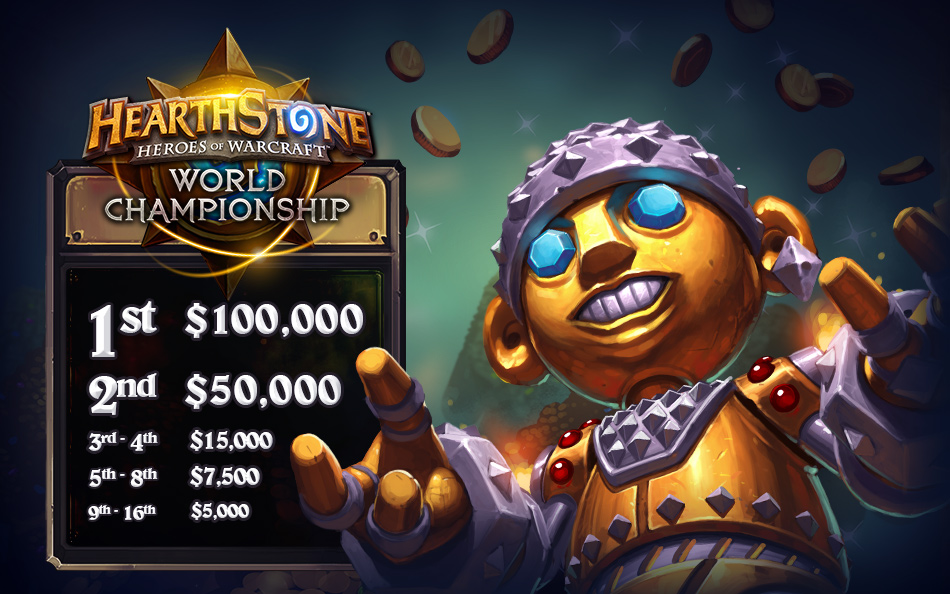