Thank you Terry Cavanagh! One of my all-time favorite games ever, on any platform, is Terry Cavanagh’s Super Hexagon ($2.99). It practically started the twitch gaming trend on mobile way back in 2012, and will always be a mainstay on my devices for as long as it’s feasible. Anyway, Super Hexagon hasn’t seen a whole lot of love since its release, besides the odd iOS compatibility update. It never supported “true" Retina resolution on iOS, but a few jaggy edges didn’t really diminish the retro-style game. A bigger problem was that at some point, I believe after iOS 7’s release, the game’s performance suffered and occasionally the game would stutter briefly while playing. Unlike the jaggies, this was not ideal for a fast-paced twitch game like Super Hexagon. Though it was never crippling, it was a frequent annoyance. 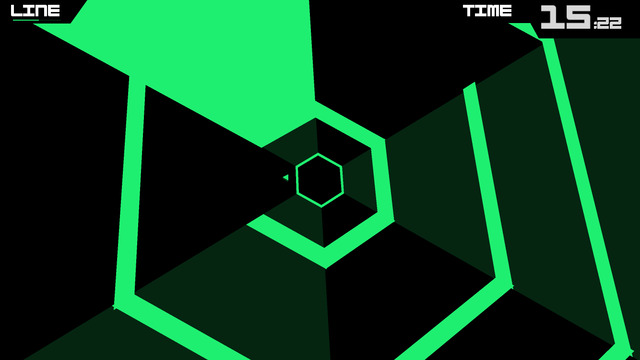 Well today, out of the blue, a new update hit for Super Hexagon updating the game to version 2.0 and fixing both of those problems mentioned above. According to the update notes, Super Hexagon now runs in a brand new engine which “dramatically improves performance on all devices (60FPS)." The update also brings proper Retina support to the game, meaning no more jaggies!

I’ve given version 2.0 of Super Hexagon a quick spin and can confirm that it runs noticeably smoother and looks sharper than it ever has before. It might not seem like a big deal, but I’m ecstatic that one of my favorite games has been given some loving and will continue to thrive on my iPhone. If you somehow have never given Super Hexagon a “spin" (heh), now would be a great time to rectify that as it’s looking and performing better than ever.