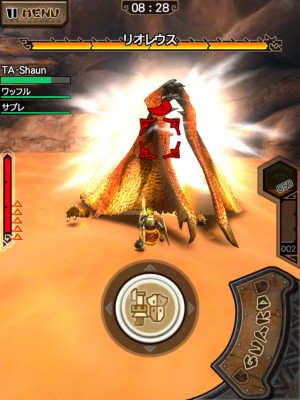 Monster Hunter is a bit of a delicate subject with mobile gamers these days, and not without good cause. After less than two years on the market, the iOS version of Monster Hunter Freedom Unite has been pulled from the App Store due to compatibility problems with iOS 9. The note in the game’s last App Store description was less than encouraging, notifying players that there were no current plans to update the game. It’s a bitter pill to swallow, and not just because it was a recent, relatively expensive game. People I talk to are mostly upset because they won’t be able to play an iPhone game that they love unless they give up on updating their device’s OS. And if they already updated before the notice, they’re just plain out of luck. It’s difficult to talk about Capcom’s latest mobile release in Japan, Monster Hunter Explore, without that spectre looming large over the conversation.

Complicating matters even further is that Monster Hunter Explore is free-to-play, ostensibly Capcom’s attempt at merging one of their most popular brands with Japan’s most lucrative gaming genre, the social RPG. To be honest, they’d be foolish not to try. In terms of its metagame, Monster Hunter has a great deal in common with the most popular social RPGs like Puzzle & Dragons (Free) and Monster Strike (Free). Right from the beginning, Monster Hunter was an open-ended, mission-based game that was more about raising your Hunter Rank and endlessly farming materials for better gear than actually reaching any sort of finite end point to a story. The series hit the big-time by moving to portable hardware, which made it easier for players to come together for quick co-op sessions. I’d be shocked if Monster Hunter didn’t help shape the development of the social RPG genre, particularly given the relative popularity of both in Japan. A free-to-play version that adopts a lot of the standards of the genre is hardly a stretch at all.

And yet, Monster Hunter is such a deep, content-rich, and above all, hardcore experience, it’s hard for fans of the series to conjure up such a fusion without reflexively recoiling. For all of their complicated sub-systems, social RPGs are typically very casual experiences, and Monster Hunter, for all of its popularity, actually requires a very deep level of engagement. Previous attempts at making casual Monster Hunter games have been disastrous, completing missing the allure of the franchise. Those failures surely must have weighed heavily on the team as they put together Monster Hunter Explore, because they’ve done a remarkably good job of creating a proper Monster Hunter experience within the confines of the pricing structure. 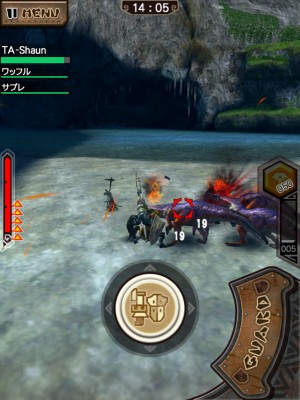 That’s not to say there aren’t any compromises, however. The variety of basic attacks and combos your character can use have been greatly streamlined, reduced to a single combo that can be unleashed by tapping the attack button. The hunting component has also been cut. You’ll be dropped in a closed area with the targets of your quest, reducing the gameplay down to the encounter itself. While there’s still a fairly large skill component to the battling, equipment is of far greater importance, not just in terms of how strong it is but also the specific elements it possesses. Naturally, there’s a premium currency that can be used to continue if you fall in battle or to open up extra treasure chests that could contain useful items or equipment, and increasing your Hunter Rank, along with your character stats, is done through a special drop item. The game also does frequent online check-ins, just as any other social RPG does.

All that said, this is a pretty thoughtfully-designed approach to adapting the things people like about Monster Hunter into this kind of design. You have full freedom of movement inside of battles, so you can run around, roll, and target specific enemies and parts. The full range of weapon types from the main series is available to you, and they play more or less like they do in the regular games. For their part, the monsters behave similarly to their main series counterparts, so if you think you can just get into their faces and jam the attack button as a strategy, you’re probably going to learn some hard lessons quickly. Strangely enough, the game doesn’t use a stamina/energy system at all, so you can play to your heart’s content. Instead, it hands out a set of missions that seem to change with the passing of each real day. So you can play as much as you’d like, but you’re limited in terms of what content is in front of you at any given time.

Most importantly, however, is that multiplayer is in the game in all of its glory. Up to four players can team up online to take on special missions that usually have you going after much larger and more difficult monsters than the solo missions. You can tackle these on your own if you’d like, but you won’t stand much of a chance. The game is way more fun with others, if not reaching the heights of the main series, then at least capturing the essence of its joyous chaos and plans gone horribly awry. You can get some great loot from completing these missions, and having four players with their various load-outs increase the odds that someone has what’s needed to win. Note that this is true real-time multiplayer, rather than the usual social RPG approach of simply borrowing someone’s character for a battle. Depending on how strong your connection is, you might run into some lag, but I found it surprisingly smooth for the most part. 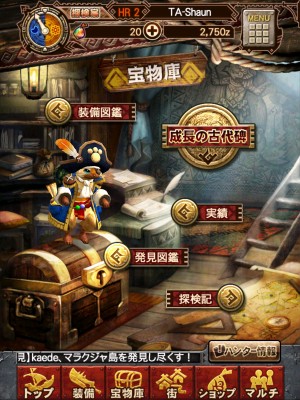 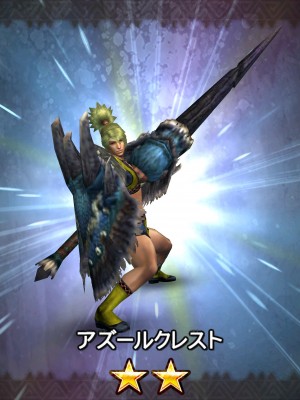 As for gear, Monster Hunter Explore cuts out the materials and instead has new pieces drop directly. It loses some of the visceral appeal of the usual approach, but it works, I suppose. Series veterans will recognize just about all of the stuff on display here, as the game obviously draws its assets from the existing mainline games, right down to the monsters themselves. It looks, sounds, and moves just like it should as a result. Perhaps unsurprisingly given its main market, the game can only be played in portrait mode. Though the control layout technically allows you to play one-handed, just about any difficult monster is likely going to require you to put a second digit on the screen to assist with rolls and other maneuvers.

I’m actually pretty impressed with how Monster Hunter Explore has turned out. I was expecting a lot more compromises when I heard it was going to be free-to-play, but instead, we’ve got something that approximates the experience quite nicely. It’s nowhere near a replacement for the real thing, but as a game designed to provide bite-sized Monster Hunter experiences, it succeeds well beyond my personal expectations. Capcom hasn’t said a peep about this game releasing outside of Japan, so I suppose we’ll have to wait and see what happens. The series has certainly built up enough steam outside of Japan to make localizations worth the effort, so hopefully Monster Hunter Explore will make the jump at some point, even if it is poor salve for those burnt by the situation with Monster Hunter Freedom Unite.