Welcome to TouchArcade and to my corner of the Internet everyone. I hope you’ve been enjoying playing Hearthstone (Free) these last few weeks even though the meta still has Mr. Grim Patron at its center. This week we have more general news than tournament news  because all of Hearthstone‘s pros are looking towards BlizzCon. The various regional qualifiers are winding down and the European Champion already crowned, all of which mean one thing: BlizzCon is getting closer. Today I have some interesting stories about Laddering, Hearthstone‘s relatively-slow content release cycles, and more. Not the busiest week in terms of news, but definitely some fun reading.

A Failed But Educational Run to Legend

Timothy Lee over at Gamesbeat wrote an in-depth account of his run to Legend and everything he learned from it. After talking about how his best results came with Druid and Midrange Hunter, he goes on to talk about the importance of Tempo in Hearthstone and how TGT gave boosts to starting and maintaining tempo to all classes. He proceeds to give an interesting breakdown of the life of TGT ladder from his own perspective,  how he went about trying to counter the various strong decks and how the aggressive state of the ladder made some midrange decks like Midrange Shaman more a miss than a hit.

His failed run taught him that midrange decks are the safest choices to make the grind easier. TGT hasn’t created new decks outside the viable Dragon decks and, instead, added flavor to existing strong decks. While the expansion didn’t break or change the game dramatically, it still expanded the pool of opportunities and decks. Go check out the article and his decklsts.

So, we have a bit of a controversy on our hands with the issue of Hearthstone online aids. HearthArena used to track your stats and help you become a better Arena player, but now the site has announced that it will release a game overlay that will automatically pull information from the game client during an Arena draft and provide information on what you should choose and why. The new overlay will definitely help pretty much all but the best Arena players because it’s like you are having two personal coaches along with pretty powerful algorithms while playing Arena, a huge boost when compared to those who won’t use the overlay.

This new overlay has generated plenty of debate. On the one hand, some say that it provides an unfair advantage, but others say that this information is available already, the overlay just makes it more easily accessible. The other point many bring up is that it’s one thing making a deck, it’s another playing it right. But what happens if the next overlay tells you which card to play too? Wouldn’t that be taking it too far? Blizzard has responded to this and said that “like any third party programs for Hearthstone, we can’t condone or approve of their use. Our Terms of Use don’t allow changing game files or automating game play." So, Blizzard probably won’t allow something like the new overlay, but I guess we’ll see in the near future. Do you think online tools like this one are too much?

As I’ve said many times, when Magic Hall of Famer Brian Kibler talks, people listen. In an interview over at PC Gamer, Kibler talked about various issues pertaining to Hearthstone. First he talked about how the biggest mistake people make in Ladder is misunderstanding their role in a game, not realizing when to get aggressive and when to play control. You need to be able to understand what your role is in every matchup and act accordingly. He then said he would delete Battle Rage if he could because card draw is in general too good in the game. You shouldn’t be able to assemble your combos by pretty much drawing your entire deck as easy as you can.

He then talked about how he likes StrifeCro’s deckbuilding because both of Kibler and him like midrange-y, control-style decks. His first Legendary ever was Leeroy Jenkins, but he didn’t have any of the other cards that worked with Leeroy so he didn’t end up playing him much. He did say that it was funny how people considered him the weak link for his team in ATLC and then had to see him put an excellent showing in the tournament. As for RNG, he said the perception of it is worse than the reality because viewers always focus on those few RNG moments in a match.

A recent article over at GosuGamers asked the question whether Hearthstone updates are being released fast enough or not. This story was in a way a response to Ben Brode’s recent video about design, and while the author was happy to hear the various points Brode raised, he put forth the point that Hearthstone is at its strongest when it’s fresh with streaming numbers and tournament at an all time high when new content hits. Before TGT, the game was stale with pretty much everyone knowing what decks he or she would face at any given moments. Staleness has been an issue for Hearthstone ever since launch since it took 7 months for the first adventure, Curse of Naxxramas, to launch.

The author feels that at this point we’ve got the game figured out, and while Tavern Brawls have helped a bit by providing a different kind of content, they too have become predictable. Streamer stats point to a drop throughout June and July compared to May. While the writer of this story liked what Brode had to say about keeping the game fresh, he was worried with Brode’s statement that you have to make powerful cards or the meta doesn’t change. He goes into detail about the issues with that statement since it’s very difficult to make cards that are strong enough to force a meta change. Even if you have a super-strong card like Patron Warrior, you’ll get one new deck but the rest of the meta will pretty much stay the same.

While other CCGs like Yu-Gi-Oh have had similar release numbers and frequency, they have allowed banning or restricting cards, which has been responsible for the changing meta. He believes that Hearthstone should have consistent and frequent gameplay changes at pre-announced dates. For instance, if Ironbeak Owl was suddenly unavailable, Taunts could really hurt Aggro decks. He also talks about buffing older cards, something Kripparian has often asked for too. Overall, he wants to see more content in Hearthstone because expansions shouldn’t be annual events. 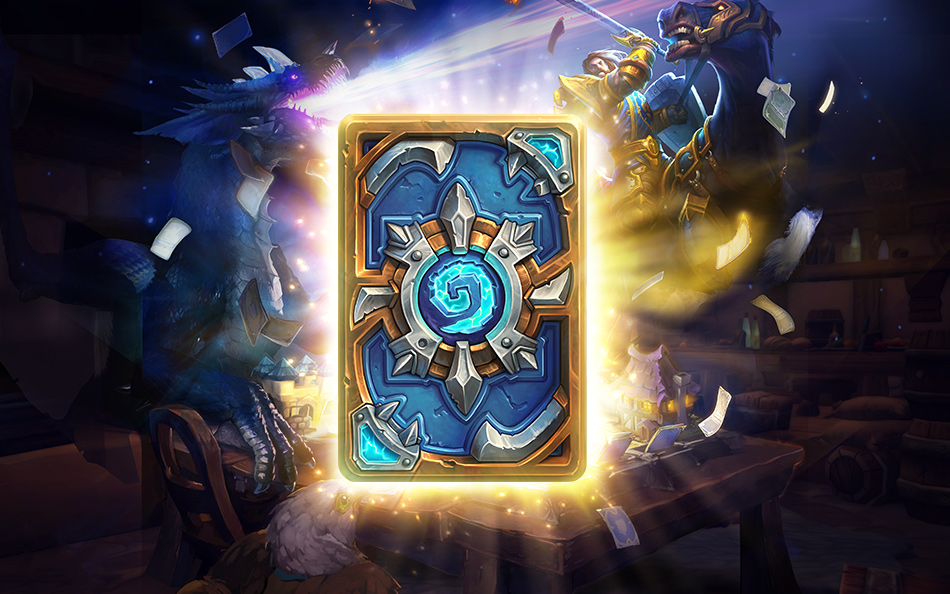 Blizzard has released patch 3.1.0.10357 that fixes some issues and adds two new card backs. The patch added the September Season card back, Exodar, and the Power Core card back that can acquired by attending select Hearthstone esport events. The patch also allows you to find TGT cards in the Collection manager by simply typing TGT or The Grand Tournament. Additionally, cards that produce other cards will produce golden cards if the target was also a golden card, new animations have been added to Sparring Partner, and Refreshment Vendor among others, and various visual, audio, and UI issues have been resolved.

If you manage to hit Rank 20 during October, you’ll get a fun card back, the Highmaul card back. This brutish card back will be your reward during October Ranked Play Season, Highmaulin’ and Brawlin’. Remember that now you can get more bonuses the further up the ladder you move, so go start climbing. 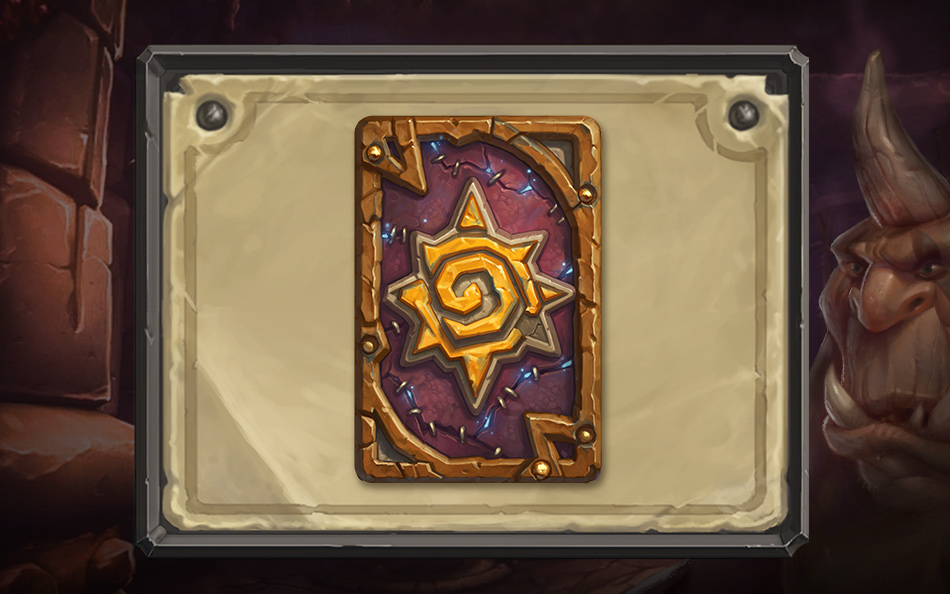 HearthPwn, one of the best resource for Hearthstone play, has been trying to make the website more mobile-friendly to help all those browsing the site on tablets and phones. The homepage, forums, private messages and so on are responsive, which means they adapt to the device you are using. Go here if you want to see all the changes and then go enjoy one of the best Hearthstone resources on your mobile.

It’s been a while since we got a new Brawl with pre-constructed decks, so this week’s was a fun one and a nice change from the “make your own deck" brawls of late. The two decks were, as is often the case, quite imbalanced and required different strategies to play, which led to many people complaining. Still, I enjoyed this Brawl because it was something different from some of the latest ones.

Road to BlizzCon‘s European Championship Has Its Champion

After a very fun tournament to decide which four players are going to BlizzCon and who among those four would be crowned Europe’s champion, we have our lucky four. The players to make the trip to BlizzCon are ThijsNL, Ostkaka, Neirea, and Lifecoach! ThijsNL and Neirea played in the finals to decide the European Champion with ThijsNL winning 3-1 and earning the $10,000 prize. Not bad at all. If you want a more detailed account of how the event went down, go here. Now enjoy this huge missplay between Lifecoach and Pavel!

As this Forbes story describes, Hearthstone Production Director Jason Chayes said that while their PC audience is well-aware of the esports scene, they are trying to make the scene more accessible and available to people coming in for the first time. He said that they want to use the mobile Hearthstone experience to make new players’ introduction to esports feel good and said that they are trying to find a way to tie that intro into esports into gameplay. However, he didn’t specify the actual ways they are considering. Do you have any ideas what Blizzard might be thinking about when it comes to tying esports to Hearthstone on mobile? 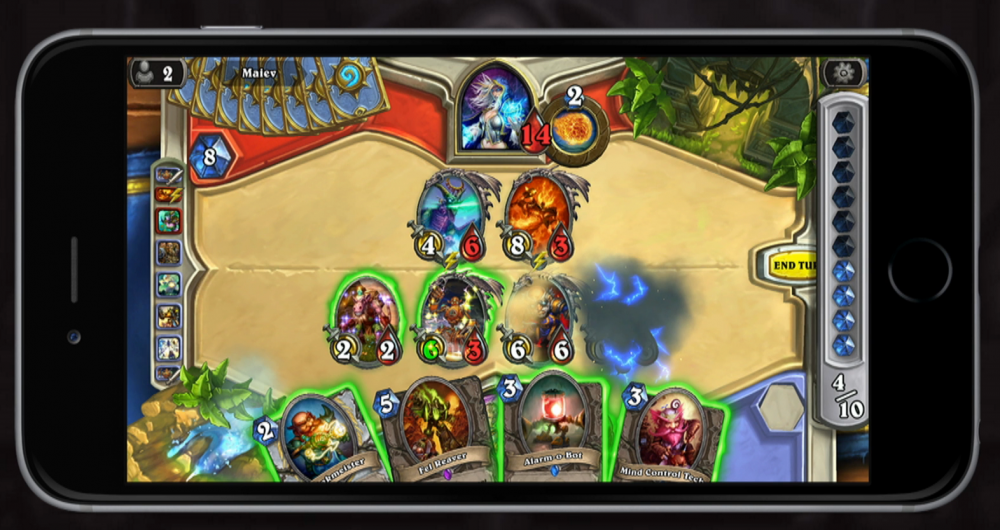 After a relatively easy time, Lan “Neilyo" Tran from Vietnam has stamped his ticket to BlizzCon with a win over Kwo-Ping “Pingingho" Ho. Neilyo didn’t even lose a match in the best of three winner’s bracket match. 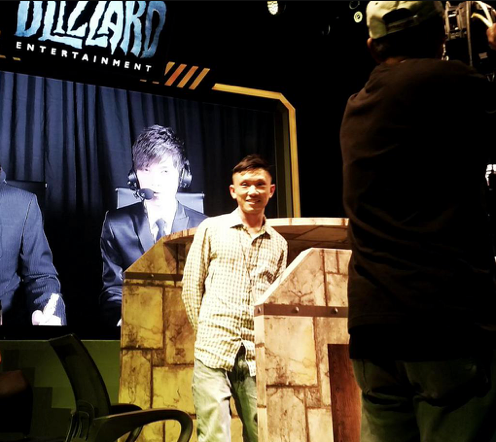 Americas Champion to be Decided Oct. 10-11

After a long nine-day qualifying tournament, eight of the best Hearthstone players in the Americas will try to become Americas Champion on October 10-11 in San Francisco. The title comes with $25,000 prize pool. Four of the eight will take a trip down to BlizzCon to clash in the Hearthstone World Championship. The eight players are Coreia and MoleGel from Latin America, and Hotform, JAB, Nias, Purple, Trump, and Visp from North America.

As Tempostorm’s Snapshot points out, we are in for an Aggro deck party for a while. Yes, the meta has been slowing down in recent weeks, but as we all know, when the new Ladder Season kicks in, Agrro decks come out to play because everyone is trying to grind as quickly as possible and get to the higher ranks. Patron Warrior is still dominant, with Xixo taking the deck to Rank 1 Legend on both NA and EU servers (deck not OP at all). MidRange Druid has been doing well on and off, but Secret Paladin is definitely on a steady decline at least at this part of the season. Demon Handlock is also doing better these last few days. If you want to see great versions of the various winning (or losing) decks, check out Tempostorm’s page. If you are planning on playing on the Ladder a lot, know that you’ll be facing plenty of Aggro decks and plan accordingly. And remember, if you can’t beat them, join them.

A Discussion on Using Luck to your Advantage