The folks at Prettygreat, consisting of a few ex-Halfbrick developers, have launched their first game Land Sliders (Free), and it shows that they still have the spark that led them to help create games like Fruit Ninja ($1.99) and Jetpack Joyride (Free). This is a high-score chaser where collecting items across the various levels while avoiding danger is the goal, but the mechanic you play the game with is really quite clever: you slide the game world around like you would scroll through a web page. The natural and fun feeling of these controls, along with all the work put into creating an enjoyable game world, make Land Sliders a fantastic game. 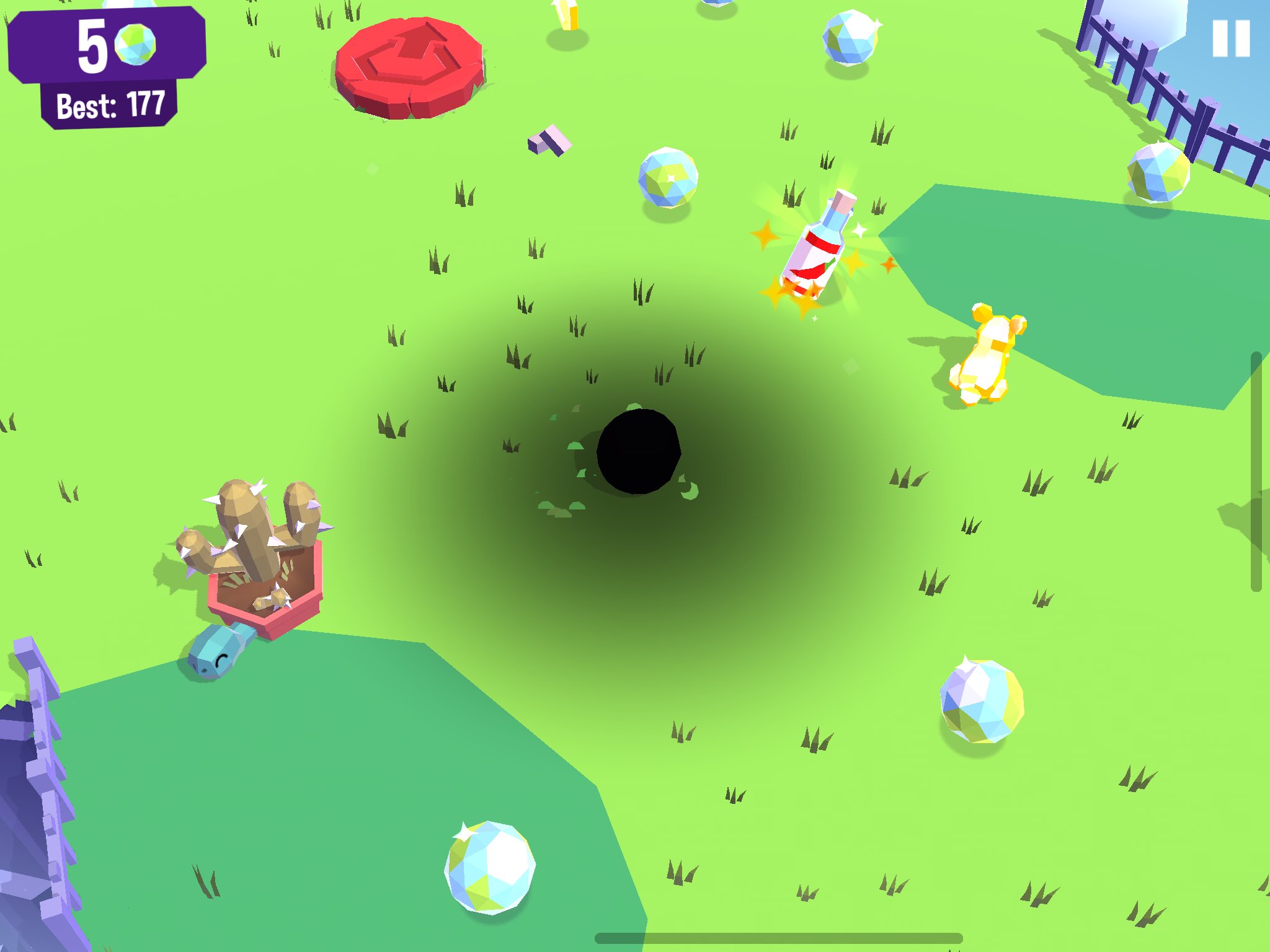 What’s so interesting about Land Sliders versus other Crossy-style games is that it’s a game about exploration. There’s not really any time-based factor compelling you to advance, at least that I ever saw. You are rewarded for going around the levels and picking up as many of the items as you can possibly get, with a bonus for collecting all of the items in a level, before you warp on to the next one. But, of course, you have to deal with the enemies and various hazards that are also present. So you have to balance out getting the reward on that level with just surviving and advancing. I will say that the game’s nature of sliding makes it difficult to do a lot of dodging. The pogo dinosaurs in particular have a decided advantage on you. Avoiding danger as much as possible is key.

As to be expected from a bunch of ex-Halfbrick folks, the production values on Land Sliders are fantastic. And with investment from the Crossy Road (Free) developers, the game uses that game’s business model almost to a T. You can buy characters for $0.99 or earn them in a lottery by spending 100 coins. Coins are earned through completing objectives, or by watching video ads. Each character also has their own quirks and the occasional environment-altering effects, encouraging you to collect them all. Plus, each character has a star rating, where the more you use them, the more coins you get for each point reward, encouraging you to find a character you like and stick with them until you at least 5-star them, though you keep getting rewards for every 500 points you get.

The control mechanic for Land Sliders is absolutely genius. It makes perfect sense for a game to use, because we all know how to swipe around an iOS canvas on a webpage or whatnot. It’s a system that’s second nature to us. But implementing it into a game? It’s genius, because you already know how to play Land Sliders. Once the game tells you how it works as a way to control a game, you’re off to the races. 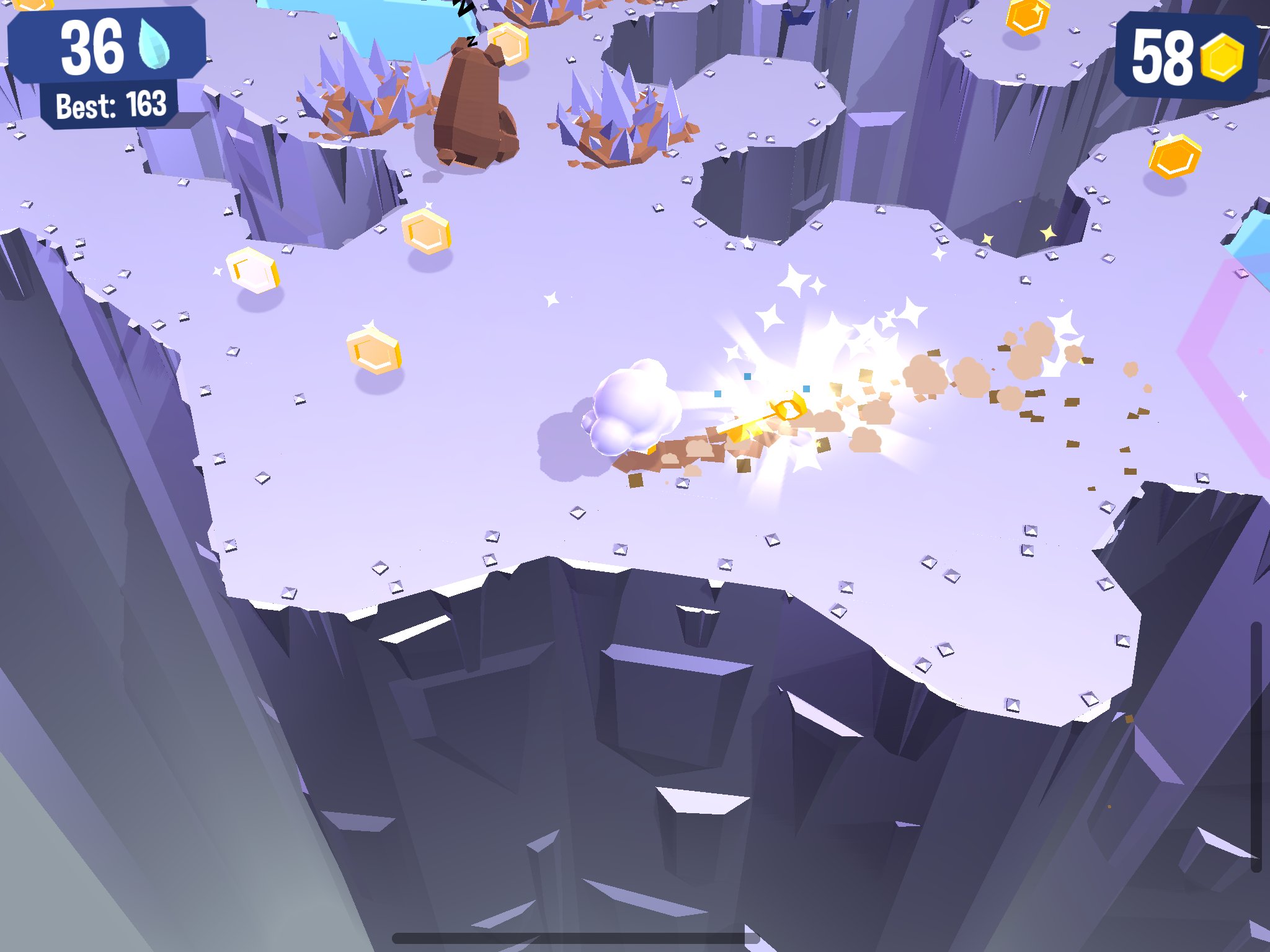 There are two minor qualms with this. One is that the scroll bars on each side of the screen to me feel like they take you out of the game, perhaps. They don’t really let you become completely immersed in the world. But the other part of me tells that part of me to shut up, it’s not that huge of a deal, and that it also reinforces that the point is that it’s supposed to be like sliding around a web page canvas or otherwise. The scroll bars are there on purpose. Also, you can play the game by sliding the character around instead of the land beneath, and I like that better. I’m generally not a fan of inverse controls in first-person shooters, but I stuck with the “move the land" settings here for longer than I otherwise would. I feel like it’s easier to make subtle movements by moving the character, rather than the world. But I at least understand if you keep the move-the-world controls.

Another thing that Land Sliders does in a clever way is to make the entire game feel cohesive with the sliding mechanic. The overworld has you go to different menu sections by sliding around a mini-level as your character. While menus then have their own interfaces, it still makes the selection feel like a part of the game itself. And it’s even clever that you start on Earth, and then when you die, you go to heaven, and it just makes for a clever, seamless pattern in how the game is supposed to go.

You’re always sliding, and it’s part of what makes this game get its hooks in you. Some games demand differentiation, but Land Sliders works great because you’re always playing with the one same sliding mechanic, just the way that you are using it changes. But it’s subtle – the same way you trigger quests and go to the next level is the same way you decide to start a new game and switch characters in the menu overworld. Always be sliding is the motto of this game. It makes the entire experience feel natural to the player. 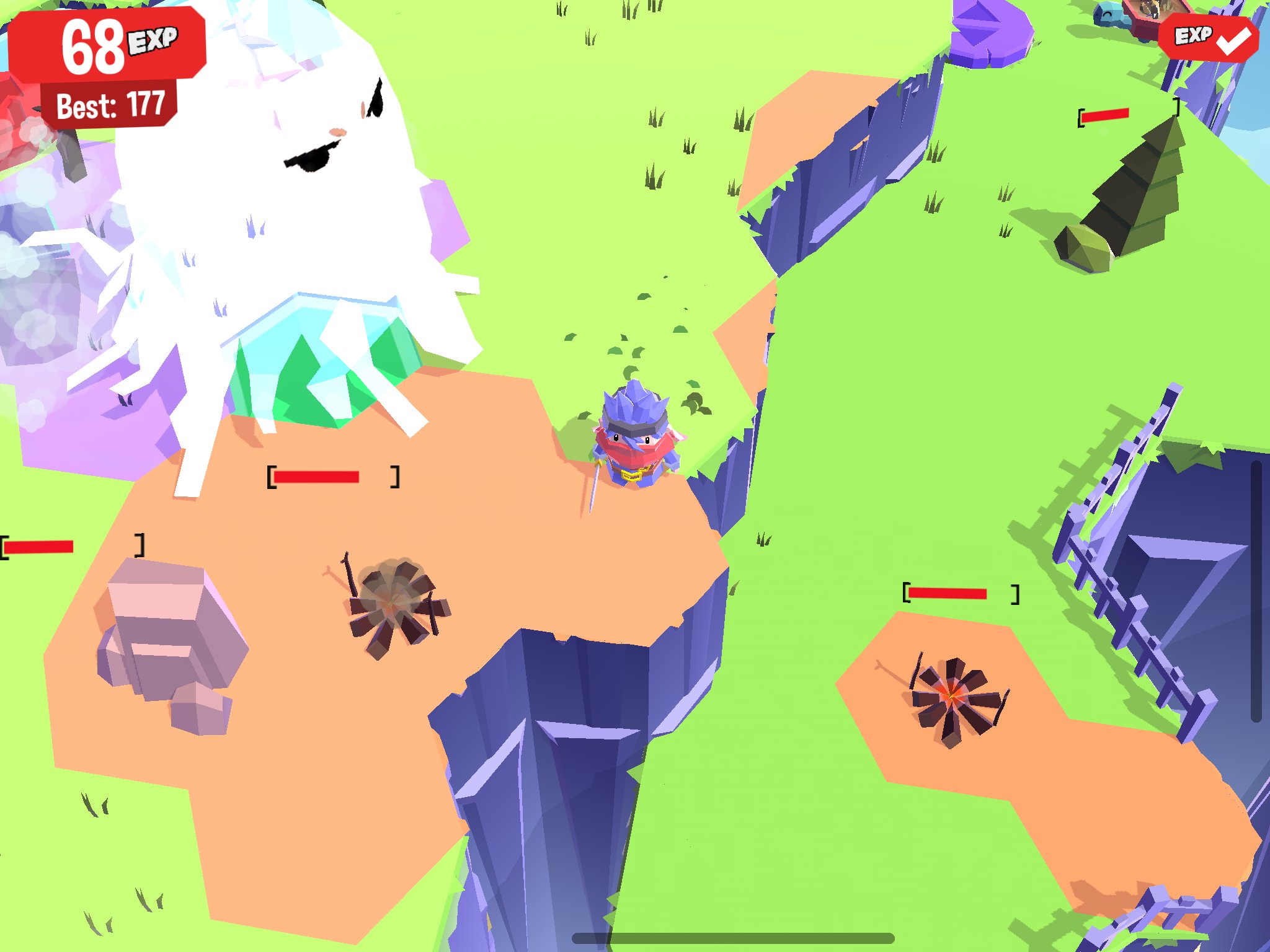 Land Sliders is well set up for portrait and landscape orientation, which is a feature I’ve come to enjoy from games in the Crossy Road mold – I want to be able to enjoy a game as I want to play it, rather than being locked into one device orientation. But it also means that you can play this game quite well with either thumbs or with pointer fingers. It’s a great game for one-handed play on a phone, or if you want to use two thumbs for quick, small adjustments, a la Bit Pilot ($1.99), while on the iPad.

I really love the world that the game has created. It’s so whimsical and kind of positive despite all the enemies trying to kill you. But the characters being positioned as collecting things they love, and the whimsical music, it all adds to a general positive vibe to the game. Plus, the characters are all pretty amusing – the carbon rod and the black hole are particularly so. Also, the secrets and mysteries in the game – which we’re already seeing uncovered – give the game a particularly special feel that befits it enabling exploration.

And really, what Land Sliders does best is that the game is something you really can play for a minute or for an hour. The sliding mechanic is so good to play with, it makes any session with this game feel satisfying. And the game really nails the monetization where I was willing to watch video ads every time one was presented, as I really wanted more characters! This game is fun, whimsical, and even a little mysterious. Give it a download.