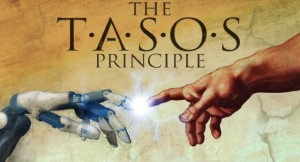 If you consider yourself an avid PC gamer, let me head you off at the pass before you think I’m either attacking you or gloating about PC gaming’s rather dim future. While I write about mobile games, I’ve also been playing PC games since the mid-80s. Before I got my iPad and my iPhone, my gaming was 90% PC 10% Nintendo console (my first PC was a 6 Mhz 286 Televideo with an incredible 22 MB hard drive and a glorious high-resolution monochrome screen). I’ve always had a desktop computer, and I still have a pretty-beefy gaming PC with a Steam library that would take years to play through.

And yet, I know that gamers like me aren’t the rule anymore but, rather, the exception. So, when I read a recent NPD report that details how younger gamers are moving away from gaming on a home computer and moving in droves to mobile gaming, I wasn’t at all surprised. While many detest this shift towards mobile gaming because those games aren’t “hardcore" enough, even they find it difficult to deny that it’s taking place. After all, when’s the last time you saw a 5-year old talk about his computer games? 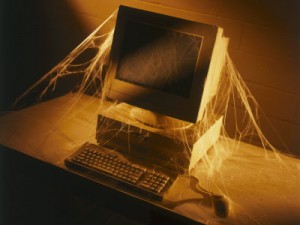 Why do I think PC gaming is steadily on course to meet the dinosaurs? Well, partly from reports like this recently-published NPD report, Kids and Gaming 2015. According to the report, 63% of kids ages 2-17 now use mobile devices for gaming. Not surprising, I know. However, when you consider that only 45% of kids ages 2-17 games on home computers, down an amazing 22% since 2013, you can see the definite and pronounce shift. The decline is most pronounced among those ages 2-5, the literal future of gaming. Before you say maybe those PC gamers are shifting to consoles, console gaming has also seen a decrease, although not as dramatic as the one in PC gaming. As industry analyst Liam Callahan states, the largest and most surprising shift in the 2015 gaming ecosystem is that for kids, the entry point for gaming is no longer PC gaming but, instead, mobile gaming.

Interestingly, mobile gaming has remained relatively steady in terms of percentage of users, but kids’ engagement and time spent on these devices has gone up, with 41% saying that they spend more time on their devices than a year ago (the average time spent on these devices has climbed to 6 hours per week). Now, if you happen to either have kids or work with kids, you won’t be surprised by these numbers since you’ve probably seen how most kids refuse to put their mobile devices down for any reason. Add to that how mobile game developers increasingly try to keep younger players playing for longer periods of time, and the increase in average time spent on mobile devices makes sense.

Part of the reason behind this dramatic drop in PC gaming is, I think, how more and more households aren’t buying a desktop PC for work (almost a necessity during the previous decade) and, instead, either buy a laptop, a tablet, or a tablet-laptop hybrid. I got into PC gaming because my dad (like many dads) bought a desktop PC for work, and me and my brothers would promptly take it over whenever he wasn’t home or wasn’t working on it. For us, the PC was simply a “fancy" gaming machine, not as cool as the arcade machines but one that let us play games for free. While gradually I realized the PC’s potential as more than just a gaming machine, it most definitely was my entry into gaming because while my parents didn’t initially buy us a console, they had no qualms putting a PC in the house. 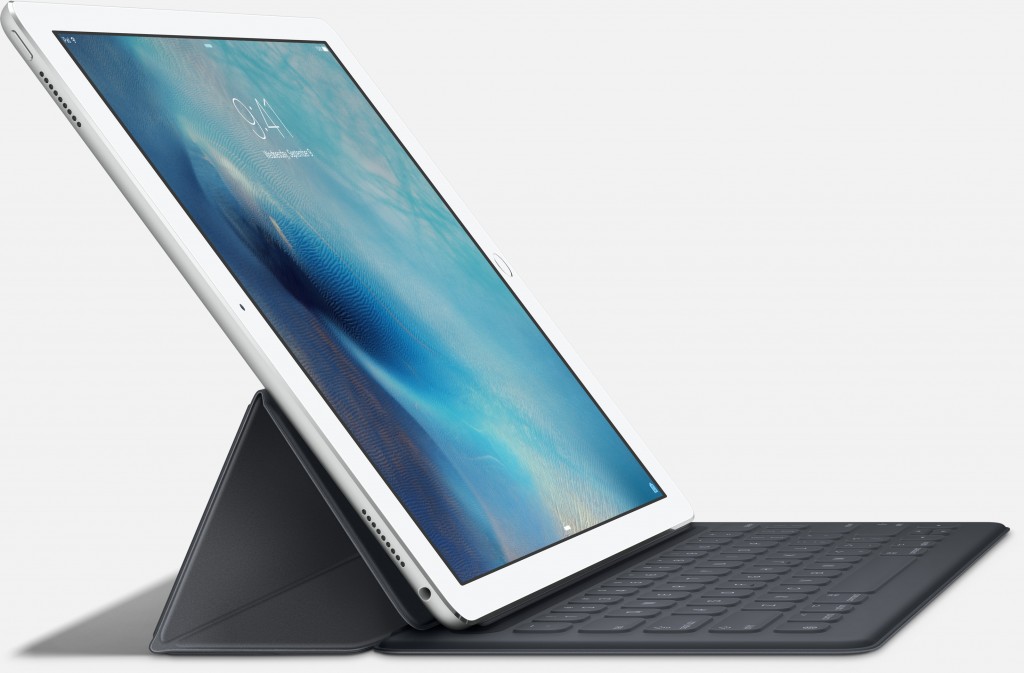 Recently, though, most younger couples are forgoing buying a PC because it has become replaceable and, so, increasingly a luxury rather than a necessity. Laptops and, increasingly, tablets and tablet-computer hybrids are a better fit for a much more mobile workforce. And while laptops are still quite popular, they are shape-shifting into hybrids with many recent laptops having screens that turn into tablets. Don’t forget that most of our parents’ generation saw a desktop computer as a necessary investment because we needed it for school or college work. Now, with most businesses gradually transitioning to mobile-friendly software and mobile devices at a point where they can almost fulfill a student’s college or school needs, the notion of a PC as a necessary tool for work and education is fading rapidly. You only need to see what students use at universities to see how where we had our laptops and desktops, they have Surface Tablets and, soon, the iPad Pro and Google’s Pixel C Tablet.

Another important reason why kids are gravitating towards mobile rather than PC is that the first device they interact with as toddlers is a mobile phone or a tablet. You’ll never hear a parent say, “Come little baby, type on this computer;" it’s more like “here, swipe here or tap there." And if you’ve seen babies mess around with mobile devices, you’ll know how naturally they learn to immediately swipe and tap; it really is impressive how quickly they grasp how smartphones work. Add to that how parents have learnt to use mobile devices as a “silence grenade" to be tossed in the middle of an angry toddler crowd for some much-needed peace and quiet, and it’s easy to see why, as the report states, kids between 2-5 are primarily gaming on mobile devices rather than computers. 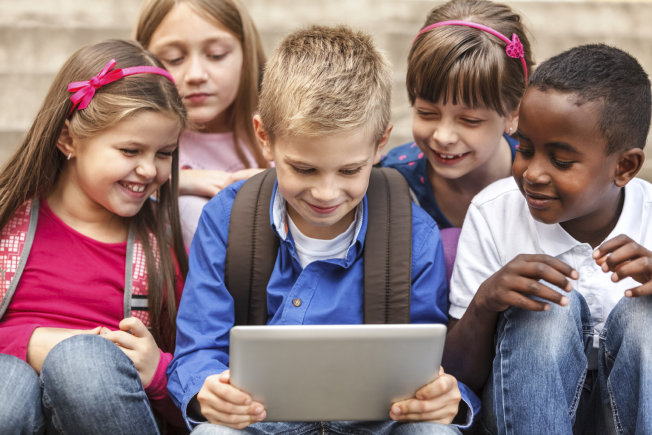 How will this undeniable transition from PC gaming to mobile gaming affect gaming? Well, for many of us (especially those over 25), the PC was the gateway into the world of gaming; our very definition of what a game was came from the kind of games we played on a PC. For younger generations, gaming is synonymous with mobile gaming; ask a teenager what a game is, and chances are he or she will describe mechanics and monetization models found in mobile games. While for older PC gamers a game was a rather long, complicated affair (adventure games, RPGs, simulation games), for younger mobile gamers a game is more often than not a relatively-brief experience (or an experience delivered in brief play-sessions) that can be customized to one’s playing habits with the help of conveniently-placed IAPs.

Some will claim that kids might still go out and buy a gaming PC given all the great PC games released these last few years. While I agree that the state of PC gaming is not bad at all, most of those games are in genres and styles unlike those found in mobile gaming. For a kid whose first gaming experience was mobile gaming, most PC games look quite complicated, slow, and probably even boring. In addition to the different gaming style, a gaming PC is a substantial monetary investment. Yes, mobile devices are also quite expensive, but smartphone upgrade cycles are getting increasingly shorter because of how most companies (including Apple) are trying to get people to buy a new phone every year. So, in many households there’s usually at least one older smartphone lying around somewhere, and guess who gets to own that one as soon as he or she is old enough to read. 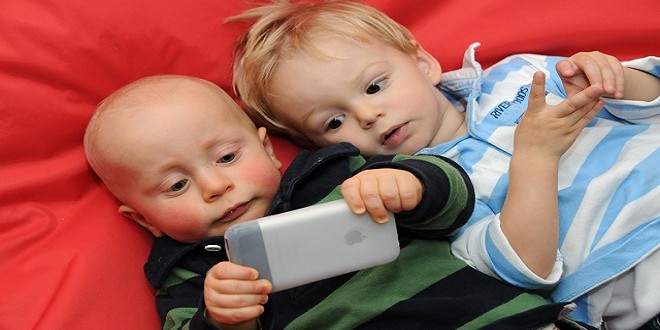 I know many of you will say, “who cares what kids are playing," and the answer to that comes from the NPD report. After Callahan describes the shift toward mobile gaming and away from PC gaming, he reminds the reader that this type of insight is “invaluable to anyone engaged in marketing video games to kids." I’ve said this in other articles too; even if you personally don’t care about reports like these, investors and developers do. When they see that the ground is more fertile on the mobile side of the world, they’ll hop over immediately (if they haven’t already). So, when you consider that we have a generation whose first device is a mobile phone and who is steadily moving away from PCs both for education and entertainment, you can see the reasons behind the trend described in the report. And can you imagine a future scenario where that trend reverses and children start forgoing mobile devices for PCs? I cannot.