Fishlabs definitely chose a timely launch window for Stranded: Mars One (Free), so to speak. The game’s premise is largely the same as Ridley Scott’s upcoming movie The Martian (and the novel it’s based on): A little space dude is stranded on the Red Planet, and he needs to get home.

But whereas The Martian’s plans involve tightly-orchestrated calculations, our space dude friend in Stranded: Mars One seems to think he’ll find his way back to Earth if he just keeps running across Mars. No one tell the poor dear that planets are round. 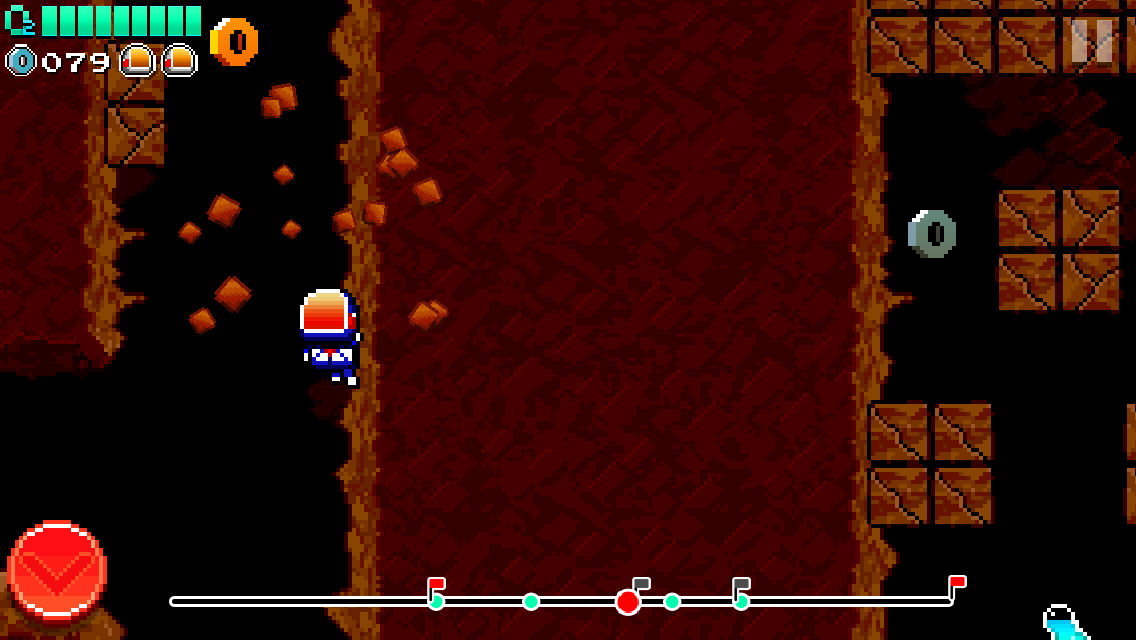 Actually, Stranded‘s astronaut is on a mission to collect the parts he needs to fix his lander and get space-borne again. The game is an auto-runner / platformer that’s divided into several levels. The astronaut is always on the move, and you have to direct his path accordingly.

You’d think “slow and steady" is the way to handle such an important survival mission, but Mars’s atmosphere is thin and cold and indifferent to the fact human lungs need oxygen. So not only do you have to keep your astronaut pal safe while he runs, but you also have to pick up the oxygen canisters lying around here and there. If you run out of air before you reach a level’s goal, you lose a life.

The App Store isn’t lacking for auto-runners, but there’s a small element of exploration that helps Stranded: Mars One stand out a bit. Many levels are composed of caverns that twist and loop, so a run for safety is rarely a straight shot. You need to slide, use a jetpack, and wall-jump to get where you’re going. And if your momentum isn’t up to snuff when you make a leap or slide under a low ceiling — Mars’s gravity is much lower Earth’s — you’re going to slow to a crawl and waste a lot of precious oxygen.

In other words, progressing in a level of Stranded sometimes means going backwards. There’s a map at the bottom of the screen that charts your progress, and watching your little man go in the opposite direction he’s supposed to can be nerve-racking, which is part of the game’s fun and challenge. 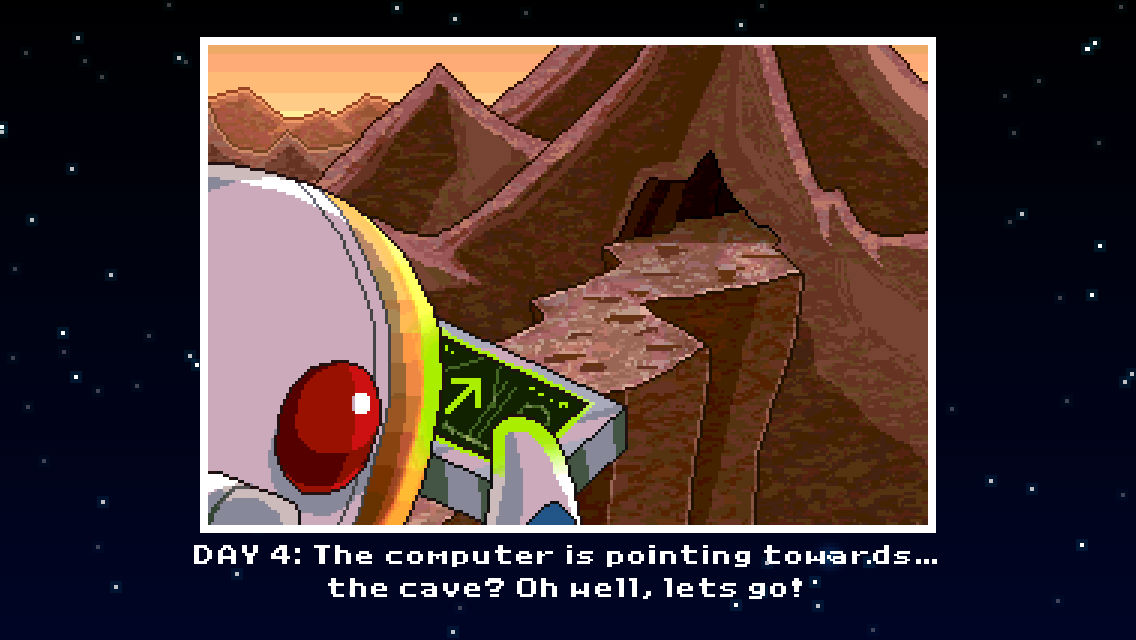 But he always rights himself and starts running in the right direction as soon as he’s able, which brings up a problem with Stranded: It’s rarely 100% clear when he’s going to switch directions on you. While you can initiate a turn by wall-jumping (and wall jumping off small-area surfaces requires a level of accuracy that’s sometimes frustrating, by the way), your little man often picks inopportune times to change his position.

Oh, a vital oxygen tank is literally two pixels away from you? And it’s in an alcove, which means you can start going in the right direction once you grab it? Too bad. Turn around right this second and suffocate like a man. 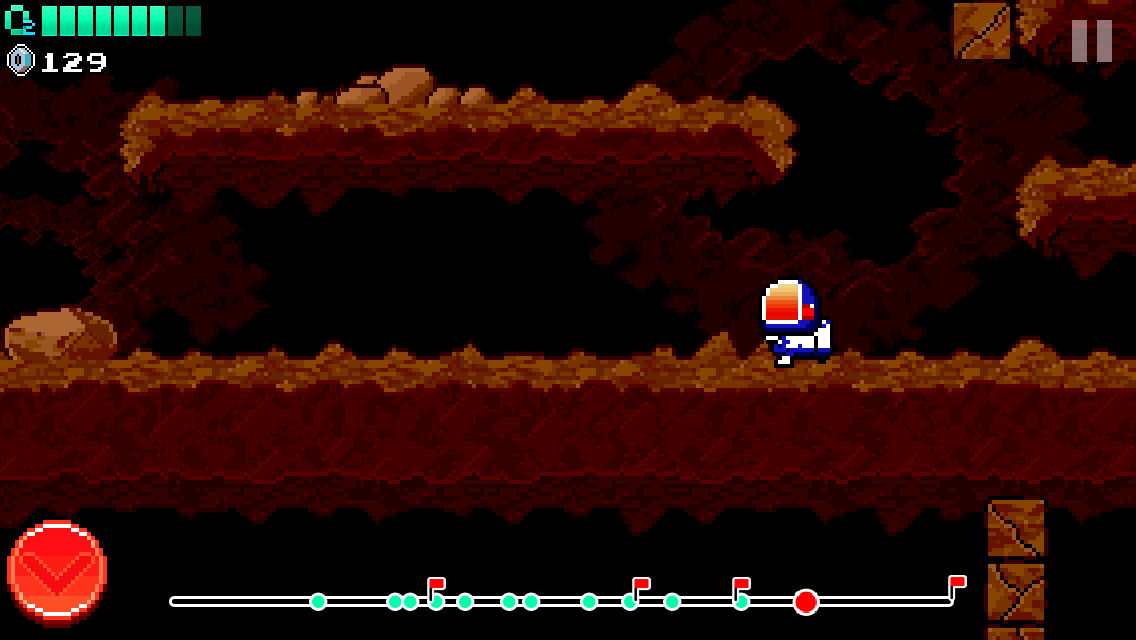 Stranded: Mars One offers up a blend of fun and frustration that’s conflicting, to say the least. Upgrades help alleviate the less pleasant aspects of the game, though collecting them requires you to gather a lot of nuts (which you can also buy via the in-game store). Messing around with the game’s floaty physics feels good for a while, though, so you may want to make at least one attempt to save this noble space person.