A couple of weeks ago we broke the news about Frogmind’s exquisite and often-updated cave flyer Badland ($0.99) getting level editing functionality, and as of this morning the update with the level editor has gone live in the App Store. This level editor is actually a streamlined version of the one Frogmind built and used to create the actual levels in the game, though it’s been fancied up a bit to be friendlier for normal people to use. Here’s a brief trailer showing off some of the features in Badland’s new level editor.

I’ve only dove in for a very short amount of time with the level editor, but already I’m really impressed. The actual level creation portion seems very straightforward, and there’s even some helpful tutorial bits to get your started. Beyond that though, I think people are really going to stretch the boundaries of what’s possible with the levels that they create. Even more impressive is how all the user-created levels are set up. You can hop in and sort through them in a variety of different ways, like top rated, most played, and those Frogmind themselves recommend. 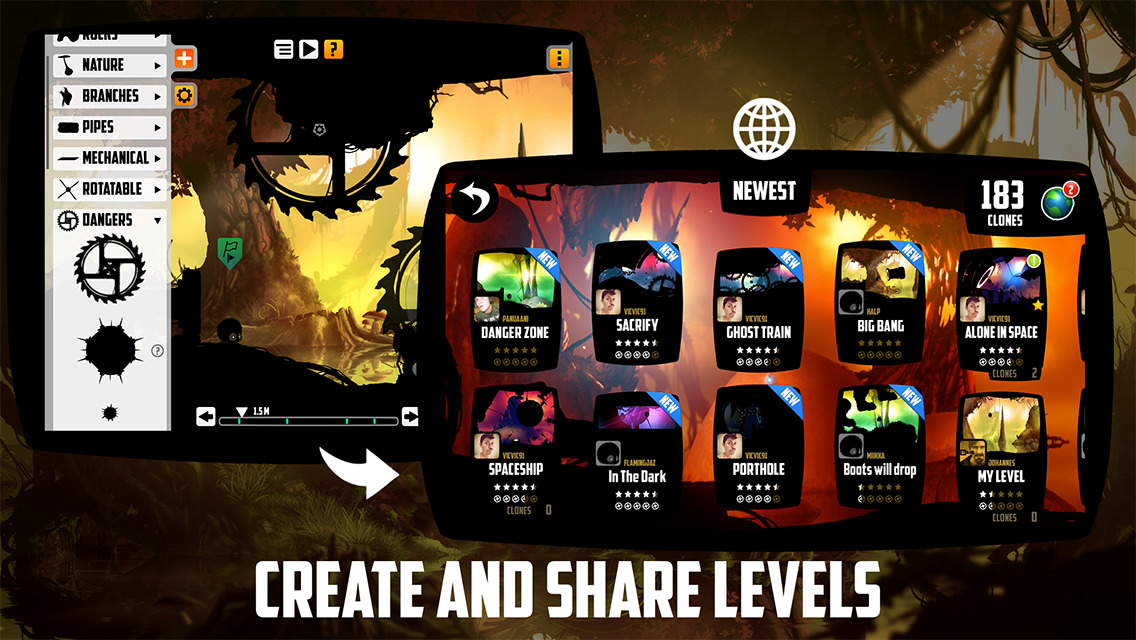 There’s a really nice rating and reporting system, so for the most part I think we’ll be able to avoid having to constantly play penis-shaped levels and can instead get to the genuinely good stuff. Frogmind will even take the best of the best of the user-created levels and add them into a new portion of the single-player campaign called Eternal Day. Basically Badland, which already had more levels than you could shake a stick at, now has pretty much endless replayability. So go grab the update and put your creator hat on and start cranking out or exploring some user-created levels in Badland.