Most puzzle games don’t necessarily have an impactful message. I mean sure, some of them encourage critical thinking and educate youngsters, but you usually don’t see anything meaningful in your puzzle soup. The Path to Luma (Free) switches that up a bit however, as the entire affair is sponsored by NRG (a clean energy company), and deals with themes such as solar and wind power. Thankfully, the actual game is pretty good, so the message doesn’t fall on deaf ears.

You’ll guide SAM, a robot who is tasked with saving planets by way of cleaning them up with various methods of clean energy. To do this, you’ll control your automaton by tapping on your screen to walk to a location, and tapping on items to pick them up or use them. It’s all very simple, and tapping literally manipulates everything from items to moving walkways around. 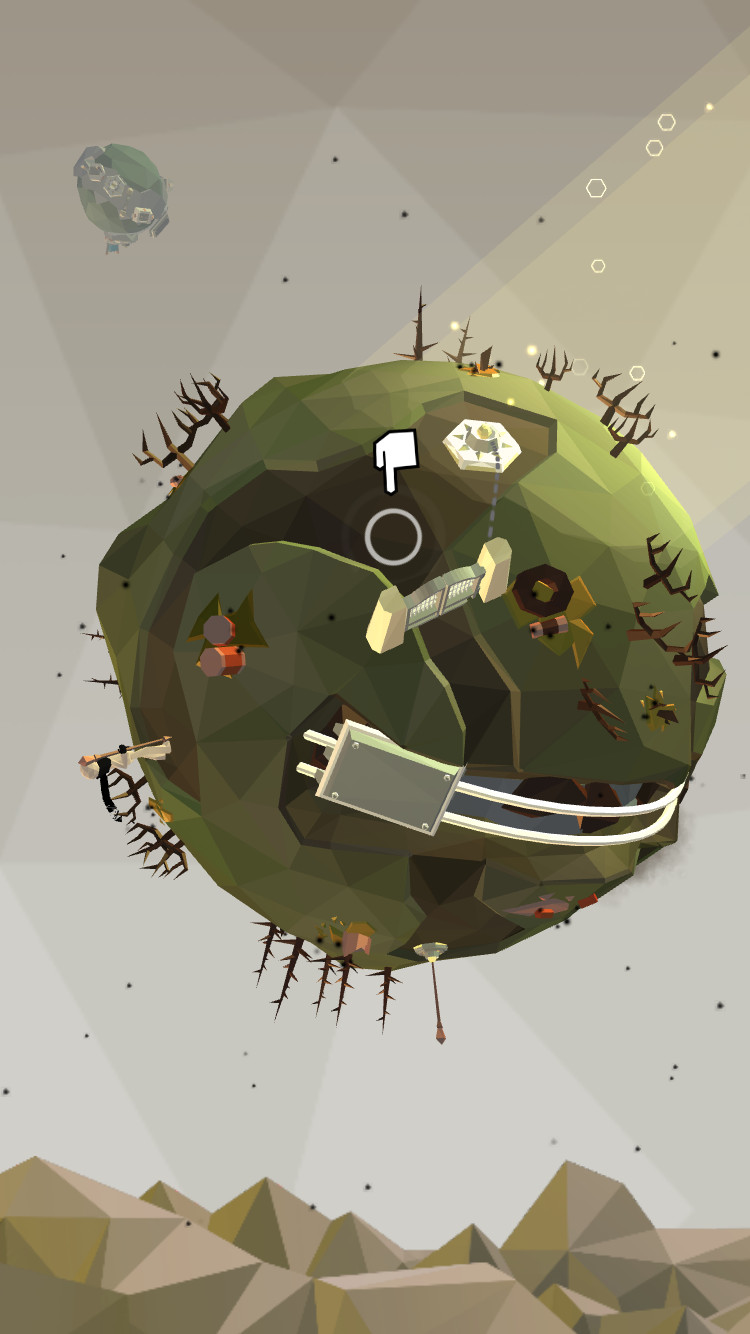 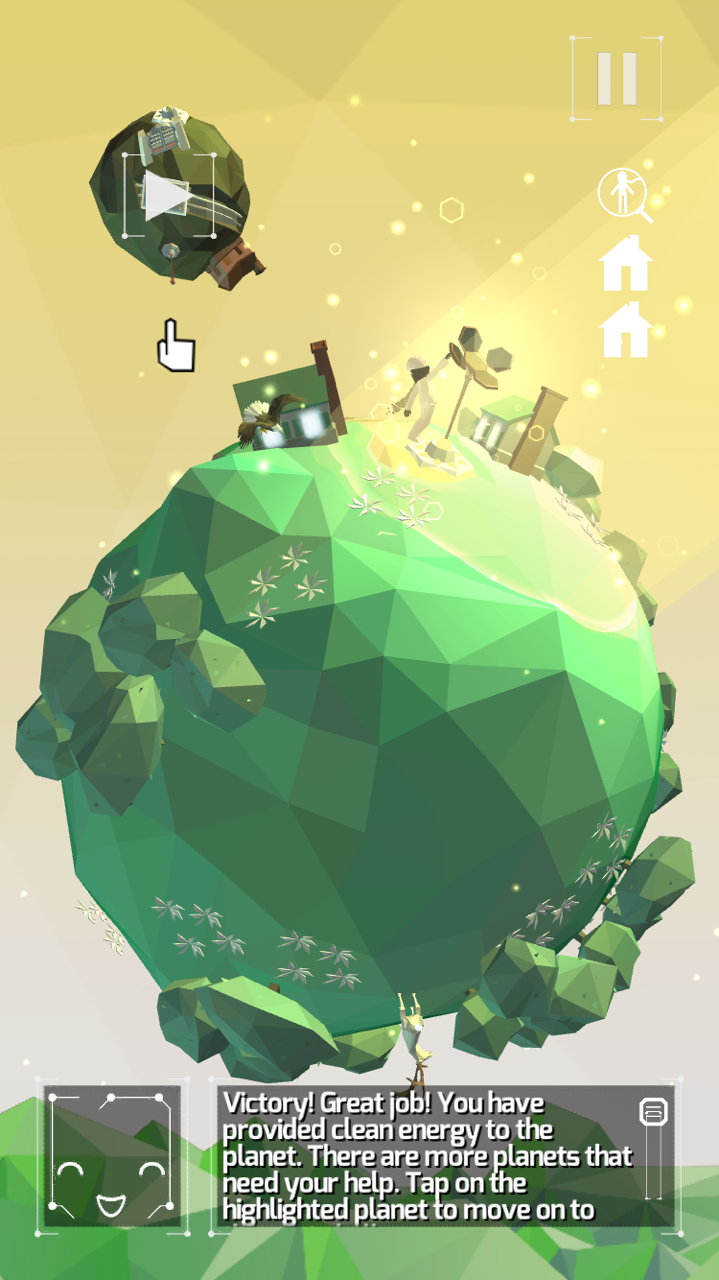 You’ll also need to swipe about to control the camera, which whips around each rotating sphere. This is important because you’ll often need to harness the power of the sun, which can direct its rays towards equipment like solar spears to power objects. My main hangup with the controls is that they lack a “double-tap to run" option, which can make traversal tedious on occasion. Also, it would be helpful if you could control the camera just a bit more, as I would often lose track of my character while aiming the sun’s rays, which would impede my progress since I would have to get the zoom “just right."

It’s never maddening however, despite the fact that you’ll often have to think about specific orders of operations (you can carry two items at once), and aesthetically, it sports a very soothing tone. The art directional is stunning, and it looks even better in motion. I really like how Luma is zoomed out so you can see the entire planet from a gameplay perspective, but still witness the high level of detail put into the models themselves. As a reward for completing each stage, the once crummy pollution-ridden level will morph into a stunning orb of beauty.

Because of the NRG sponsorship, the game is completely free, devoid of IAP. Ads are basically nonexistent (though the logo is at every turn), and it’s possible to play the entire experience without having to watch an annoying video. With 20 levels to spare it’s a decent way to spend an afternoon, with no hidden fees, and a difficulty curve that isn’t built around a cash power-up store.

Any puzzle fan owes it to themselves to try out The Path to Luma, because even if you completely ignore the thematic elements involved, it’s still a fun little experience. I went in skeptical due to the partnership angle, and came away fairly impressed with how the whole thing was handled. I definitely wouldn’t mind seeing more of these in the future.