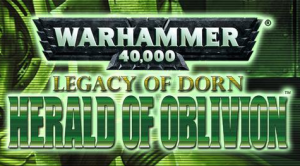 Winnipeg gets a lot of snow, London gets a lot of fog, Seattle gets a lot of rain, and iOS gets a lot of Warhammer games. It’s just the way things go, friends. Though it can be hard to keep track of all of the games, it’s actually pretty interesting seeing the license applied to so many different genres. Games Workshop isn’t afraid to try out new things with their main property, evidenced by their own output in the physical gaming sphere. One such venture happened a few years ago, when they released their Path To Victory series of gamebooks. They were suitably complex relative to many other gamebooks, and from what I can gather, they weren’t exactly a smashing financial success. Well, of course, right? The main gamebook audience isn’t doing the whole dead tree thing anymore, instead favoring electronic versions on their mobile devices. A big part of that shift is almost certainly due to the excellent work done in the genre by Tin Man Games.

So here’s a match made in heaven, then. Tin Man Games and Games Workshop are partnering up to bring a new trilogy of gamebooks based on the Warhammer 40k: Path To Victory series. The first installment, Herald Of Oblivion, will be out by the end of September, while the remaining two will drop sometime in 2016. Although Herald Of Oblivion is an adaptation of the final book in the physical series, there are going to be a few changes to make things more exciting for mobile fans. The presentation is meant to give players the feeling of being in the 40k universe, aping the style of an Imperial Cogitator. The dice-based combat of the physical book has been replaced with a first-person turn-based battle system designed to look like a holographic combat simulator. 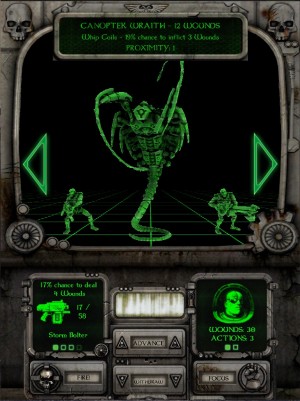 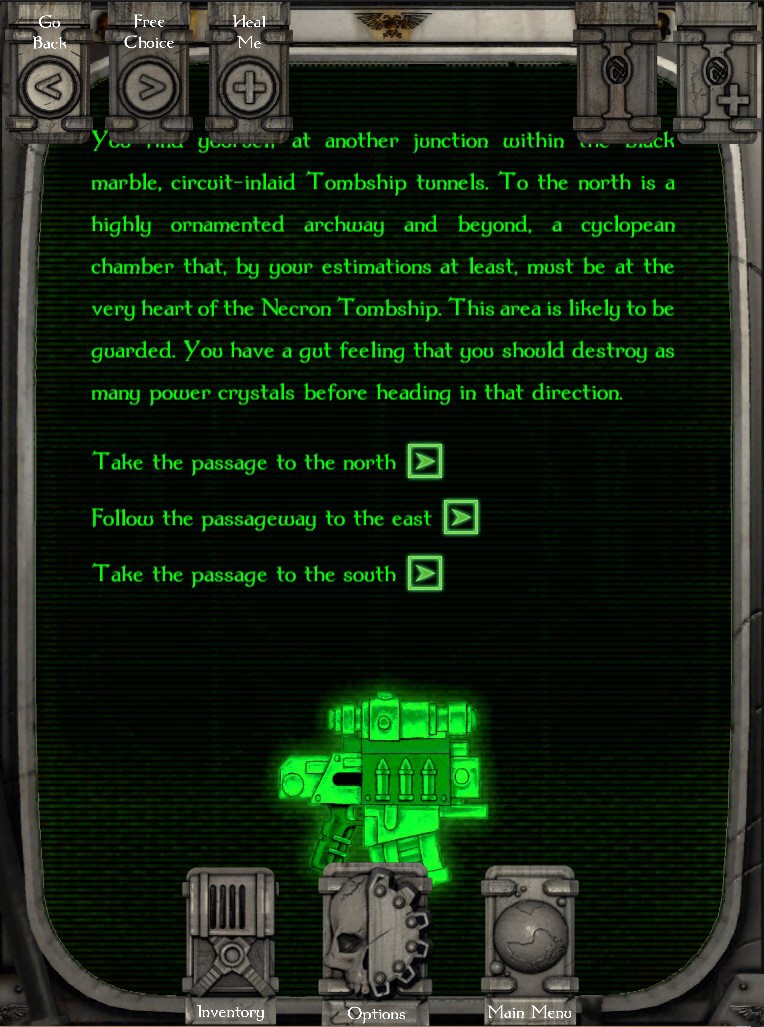 I’m pretty excited for this one. The Warhammer 40k universe makes for great fiction, and while I adore Tin Man’s more direct adaptations, their experiments outside of the box have proven quite wonderful as well. I’ll have a review of Herald Of Oblivion once it hits the App Store, but in the meantime, check out the screenshot of a battle to get appropriately pumped.