Even as they’ve racked up a few strong successes in the puzzle genre, I’m sure King has realized they would have to branch out at some point to keep their business healthy. Besides a weird trivia game, Paradise Bay (Free) is the Candy Crush giant’s first attempt at something outside of the puzzle genre on mobile platforms. Don’t get too excited, however, as they’ve simply moved from one crowded free-to-play favorite to another. Paradise Bay has you building your own little village in a tropical location, producing goods to sell to other players or trade for various resources. It has the polish we’ve come to expect from King’s recent games, but without any interesting new ideas, it’s hard to make a strong case for it even if this is your genre/pay model of choice.

You take the role of the Trademaster, whose job is to restore the once-prosperous Paradise Bay to its former glory. At the start of the game, you’ve got very little in the way of resources to work with. Some cotton seeds, a turtle that will go fishing if you provide it with a net, and a workshop that will refine cotton into fishing nets, but as you play, you’ll unlock more buildings, resources, and characters to trade with. It’s a pretty standard formula by this point. In the beginning, things move quickly. Timers are short, and significant progress is possible in a single play session. After the first hour or so, things start to take a bit longer to build or grow, and resources begin to get thinner than your needs. As with most games of this type, you’re meant to just check in for a few minutes at a time during your day to collect things and get the wheels (and timers) turning again. 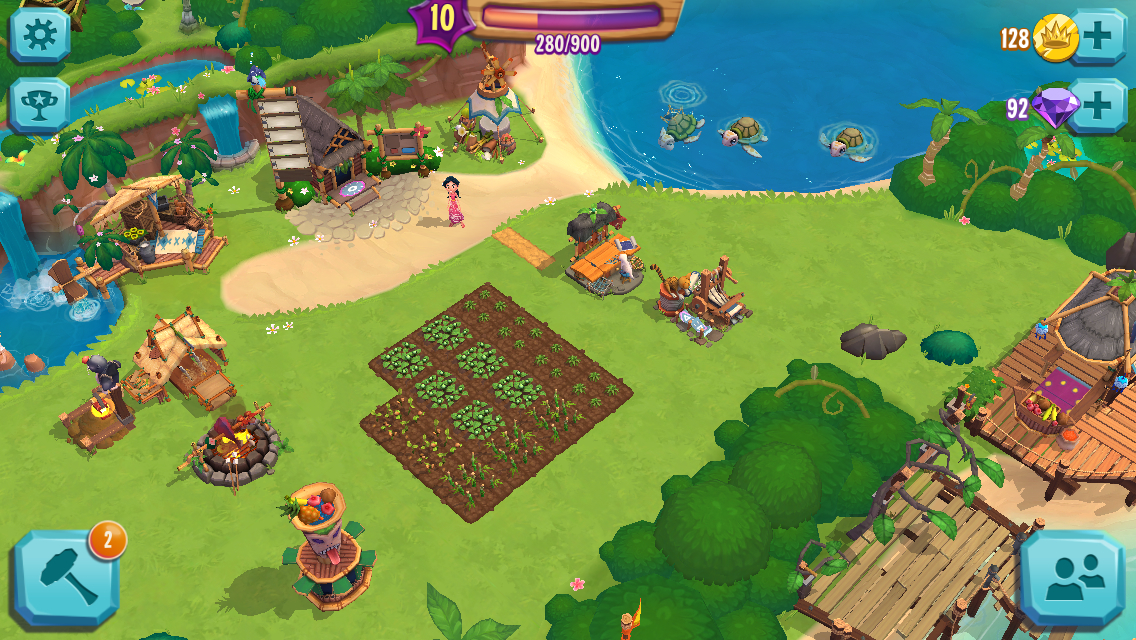 The island is inhabited by a few characters who will make requests at the trading post for particular items. By fulfilling them, you’ll get money, experience, and maybe even a little snippet of character information. Money is used to build new structures and clear major areas of land for building, while experience obviously goes towards your main level. Your level determines which options are open to you in terms of places and structures to build. If you fulfill enough requests with a character, they’ll give you a chest that contains a good chunk of both money and experience, along with a useful and somewhat rare item for upgrading your storage or removing obstacles from the land. Any excess goods can be sold off to other players after you’ve built a port, and you will eventually be able to seek out and purchase other players’ goods yourself.

The interface is easy to use and makes sense. You can see if you’re able to fulfill any trades at a glance without even clicking on the trading post, and it’s always very obvious when a particular object is available to use or not. I like how colorful and lush the scenery in the game is, although the characters are certainly cut from the King mold, giving them a sort of unintentionally creepy vibe when you just know they were going for cute. Tapping on objects around the world produces little animations and sound effects which help add some life to the whole affair. It probably goes without saying, but there’s a premium currency here in the form of gems that you can use to speed up timers, buy in-game money, expand your construction slots, or open up areas ahead of time. The game gives it out fairly generously, but it costs quite a bit of it to do even the most meager of tasks, so anyone wanting to buy their way through the game should be prepared to shell out a pretty penny. 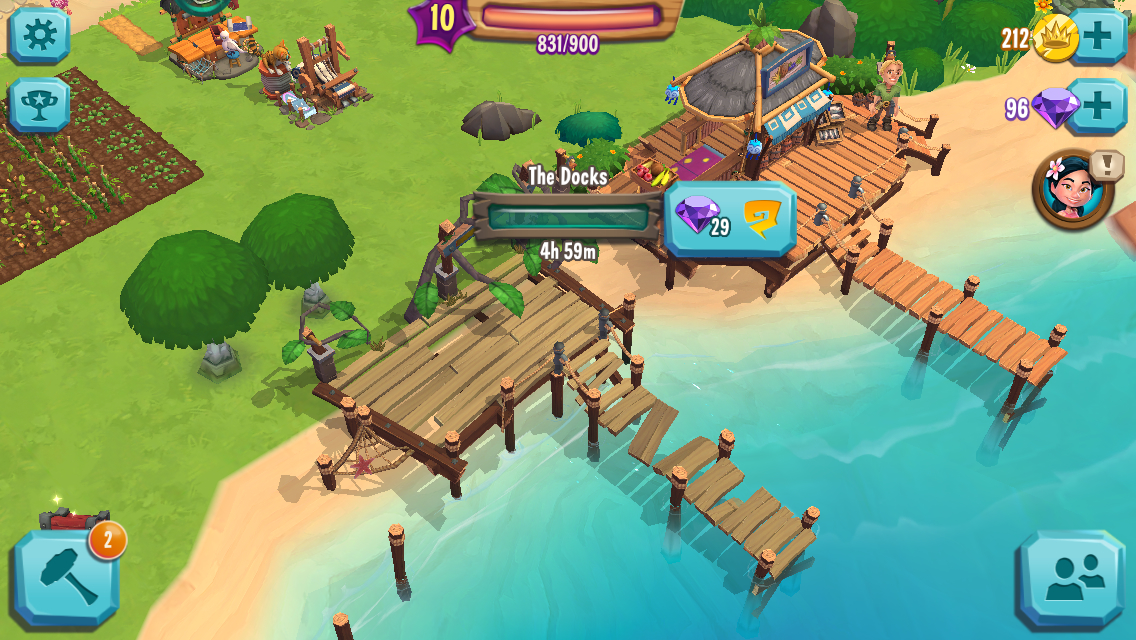 Optimally, Paradise Bay is something to fill in time where little else might fit. It’s not particularly engaging, but there’s a certain amount of enjoyment to be derived from watching your little settlement slowly grow. Very slowly. The problem is that there are plenty of other games that scratch this itch in a near-identical fashion, many of which are years-old and quite well-established by now. Paradise Bay doesn’t offer any compelling reasons to eject one of those games in favor of stopping by its sandy shores instead. It’s not even using a particularly interesting theme. If you’re looking for a low-effort jawbreaker to help you pass your coffee breaks, this will serve you well enough, but chances are if that kind of game is your thing, you’ve probably already got something just as good as Paradise Bay on your device, if not better.