Zach Gage, whose last app was the nifty #Fortune , and who you probably know from Spelltower ($2.99), has a new game coming out on August 27th called Sage Solitaire. He describes it as a combination between the card games Klondike and Poker. You have a 3×3 grid of cards, and must make poker-style plays, like a pair, or a 3-card straight, or a five-card flush, to get points, with the rule being that you have to play cards from at least 2 different rows. Each stack of cards in the grid varies in how tall it is, and you get a bigger bonus for getting to the bottom of the stack in the top row, versus the smaller bottom rows. You can discard a limited number of cards, with new discards getting added for each play. Run out of moves and discards, and it’s game over. 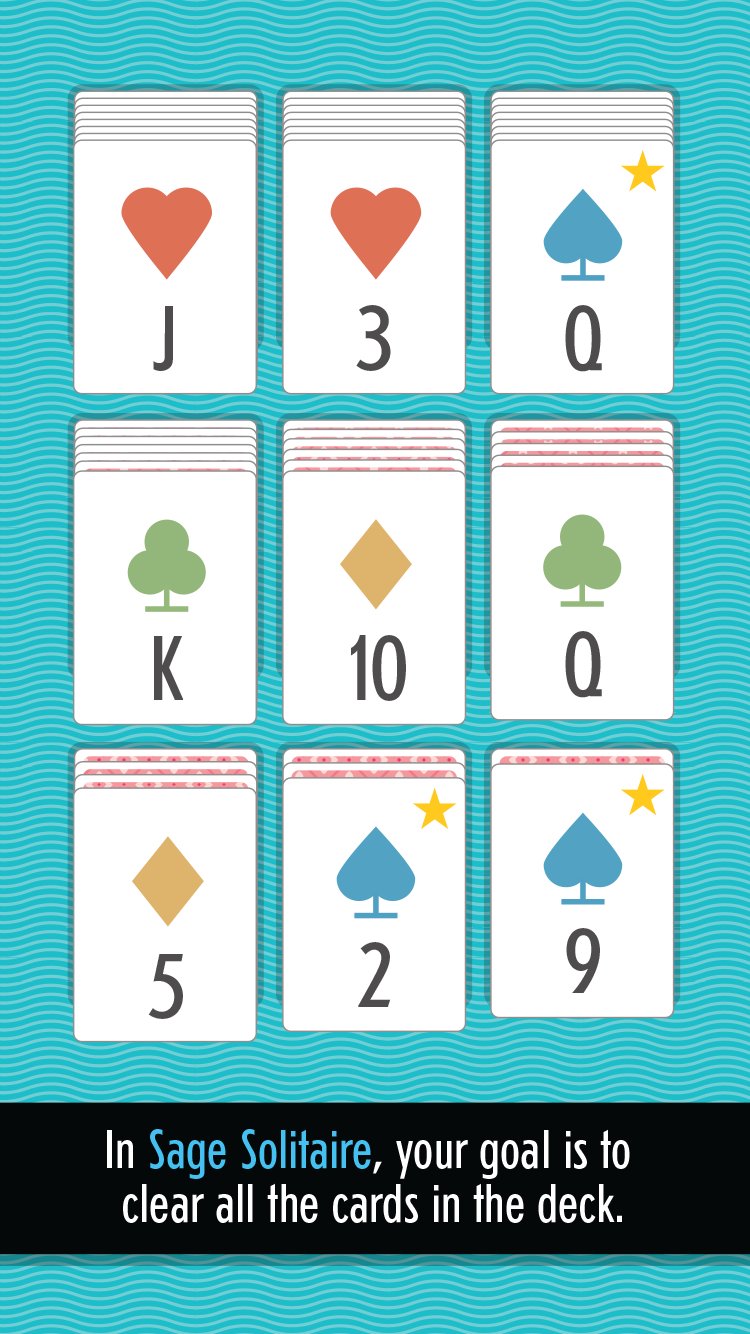 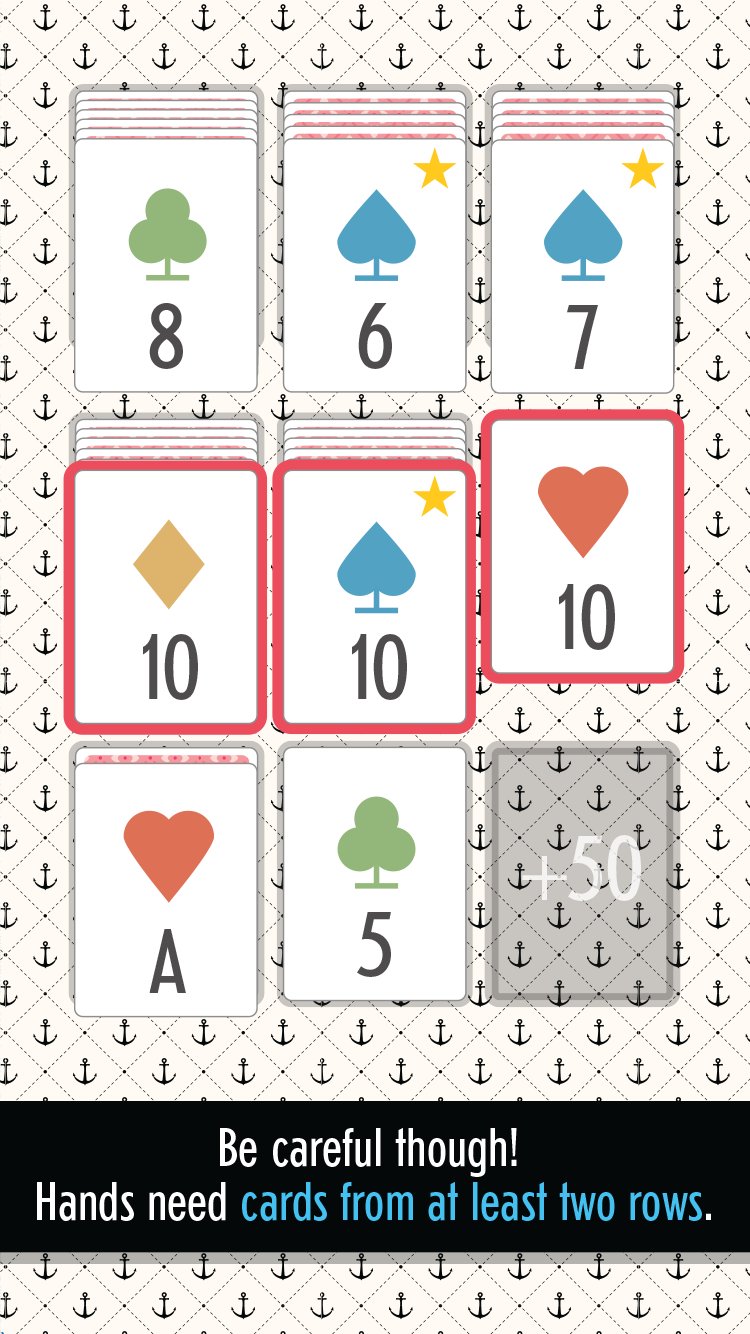 It’s a game that can be played in quick sessions, and has a number of strategic elements based on which cards you play from which stacks, and plenty of randomness to deal with. It’s got the potential to be a rather compelling game that people will be talking about. Sage Solitaire will be free to download, with a $2.99 in-app purchase unlocking additional game modes and cosmetic features along with disabling ads.