Spider: Rite of the Shrouded Moon

Part of me wants to just shout “Spider: Rite of the Shrouded Moon (Free) kicks aaasssssssss!" drop the mic, and just go off and enjoy my weekend. I feel like with the pedigree of the first game, our 2009 Game of the Year pick and one of the greatest video games of all time, Spider: The Secret of Bryce Manor, excuses me from needing to provide any sort of explanation or context for the sequel being our Game of the Week pick this week. And you know what? I think fans of the first game would completely agree! However, in an effort to earn my paycheck, let me write some words aoubt a couple of things that make Spider 2 such an effortless pick. 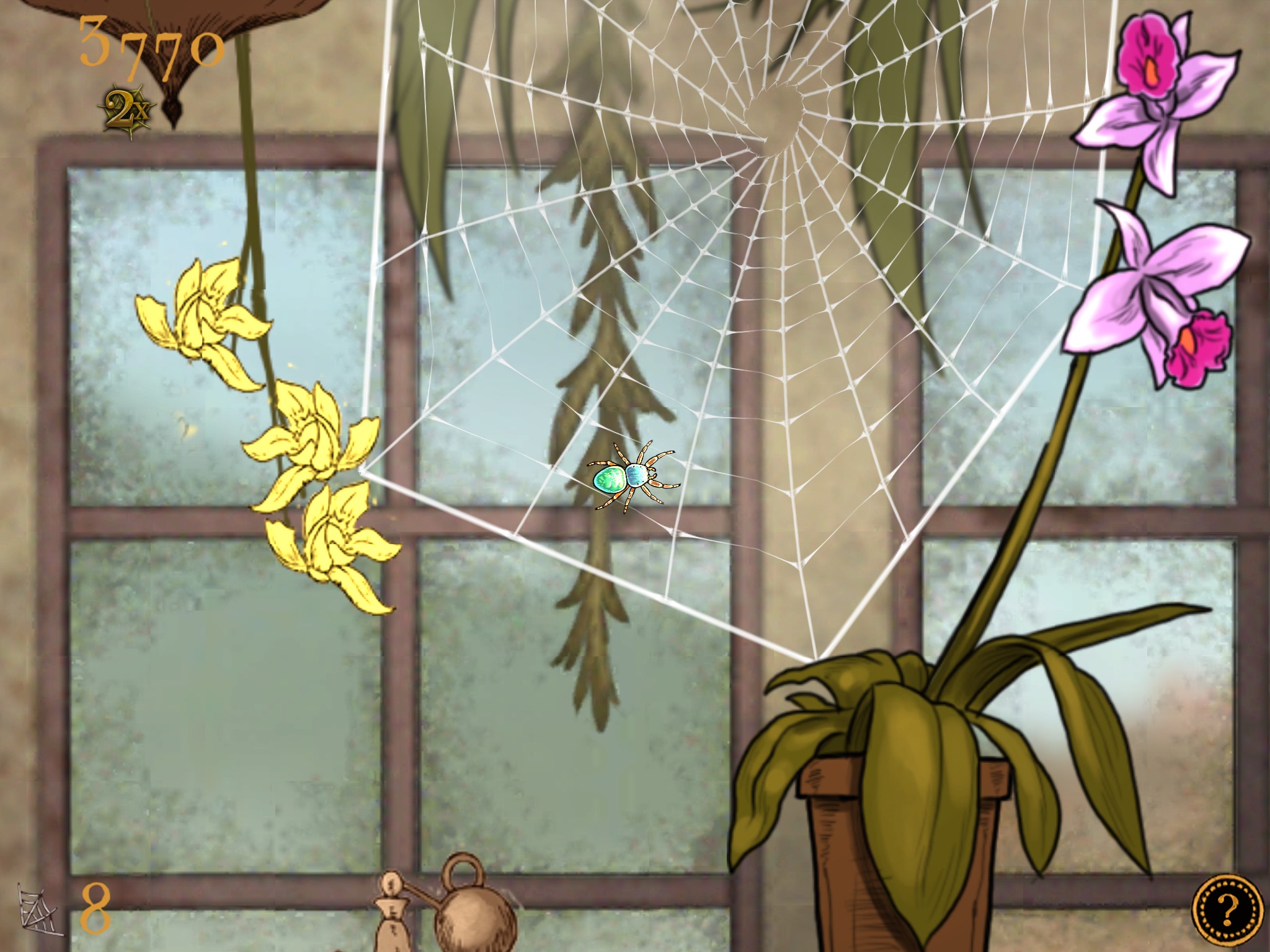 First of all, while the gameplay in the first Spider was mechanically sound and lots of fun, it was really the atmosphere and story that made it such a special experience. That is true yet again for Spider 2. Crawling around a giant world as a teeny tiny spider is so much fun, exploring nooks and crannies and seeing things you wouldn’t even know existed from the human perspective. It’s also just as fun as ever to leap through the air and create webs, catching various types of insects and gobbling them up in the process. Playing as a spider kicks ass! (Even though spiders are gross and should be banished from existence.)

That’s all well and good, but like I said, the atmosphere and story, and more importantly the mystery behind the story, is what makes both Spider games so memorable. Spider 2 takes things to a whole new level by incorporating real-world weather and day/night cycles, essentially quadrupling the already expansive game and giving you reason to revisit areas at different times and under different conditions in order to access previously inaccessible areas.

Also worth mentioning are the visuals, which are crisp, clean and far exceed those of the (still extremely attractive) first game. The original Spider launched in a time before Retina Displays, before larger iPhone screens, and before the iPad. It was dressed up over the years to keep it looking good alongside hardware advancements, but you can tell right off the bad that Spider 2 has benefited from being built from the ground up with all the latest technology in mind. It’s absolutely beautiful.

Spider: Rite of the Shrouded Moon is just an overall incredible experience, and you really should check out Shaun’s massive review of the game from earlier this week if you want to hear more. Or, take my advice and just download the sucker, even if you never played the first game. They’re standalone adventures so having played the first is not required to understand Spider 2. Or just get both! Replay the first! Play them both simultaneously on two different devices, get weird! Whatever the case, don’t let Spider 2 pass you by because mobile games of this caliber don’t come around everyday.